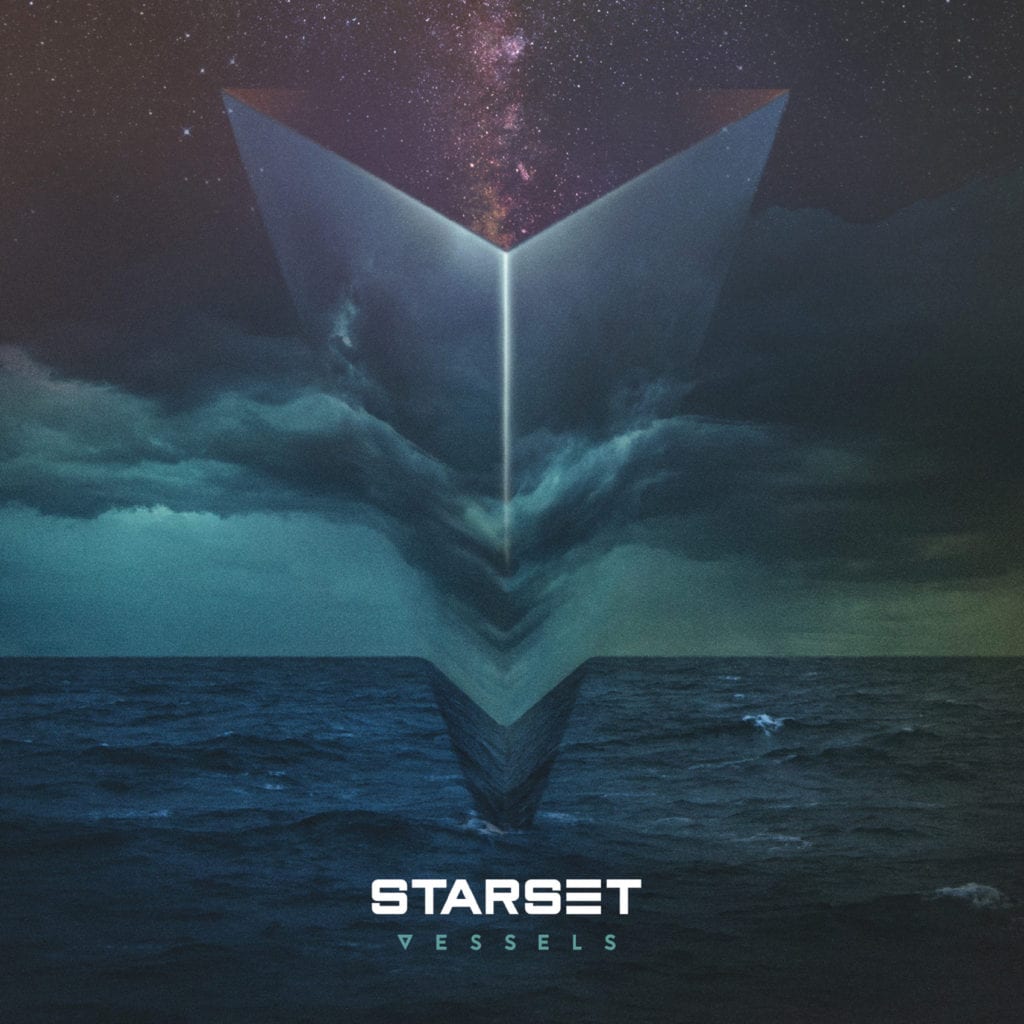 Prologue: I have been trying to write and perfect this review for five days now. As I am sure it was intended, ‘Vessels’ has this undying urge to pull us back even when it’s done. There is a beautiful subtlety contained therein that will beckon us again and again.

Before I even got the chance to stream the album, I was bombarded with press relating to the popularity of Startset within various Youtube subcultures and blah blah blah many times their music videos have been watched and made into fan videos. Regardless of how popular or the “next new thing” Starset are, this was my induction to their art.

The influences Starset have inhaled in their short career is obvious and as easy to pick as a dirty nose. Cynic, Linkin Park, Periphery, Between The Buried and Me, Evanescence, Filter, NIN, 30 Seconds to Mars, Astronoid, Angels & Airwaves and many others before them who had the foresight to use a vocoder, electronic plugins and layering vocal passion and guitars.

Regardless of Startset’s online popularity, all that is spread before the listening public on ‘Vessels’ has been done before. This is by no means a bad thing, but it is in no way as grand as the promotion behind it dictates.

But ‘Vessels’ is a good album. Electro-type djent with some really deep hooks and breakdowns that prick the ears up, and within an instant you’ll find yourself head-nodding.

I definitely want to see and experience Starset so that I can truly understand the intent and need to try and overstate how they are the “new world order of music” and “what the kids need now”.

The album sounds more like a soundtrack, and funnily enough, Starset have signed a deal with Marvel Comics to create a graphic novel based on an ideology that has been envisioned by founding member Dustin Bates, that is complimented by Starset’s recordings.

Because I can only give a written representation to an audio subject, I am unable to give Starset and the full artistic behemoth of ‘Vessels’ their true dues. There are many textures to be experienced beyond the album and the audio presented to us.

I applaud Dustin Bates and his foresight to put together a full package for the listening audience. We exist in a world where as consumers, we are wanting more for our money (the bundle package with a tee, or the bonus “unreleased” songs or whatever!), but as I have been hovering over this review, two new film clips have emerged as accompaniments to ‘Vessels‘ and I continue to be enticed and distracted whilst trying to maintain a little focus to complete this review.

My main criticism is Starset’s desire to overuse the vocoder. As an entity, Starset has this Neil DeGrasse Tyson sci-fi, space and cosmos-type love affair going on, and so they utilise the vocoder in order to get that feeling across. At first, hearing it the way through seems like overkill and is distracting, but I eventually realise that it does serve its purpose. It is a means of hypnotism, the reverb complimenting Bate’s voice that mesmerises the listener to a numb comfort.