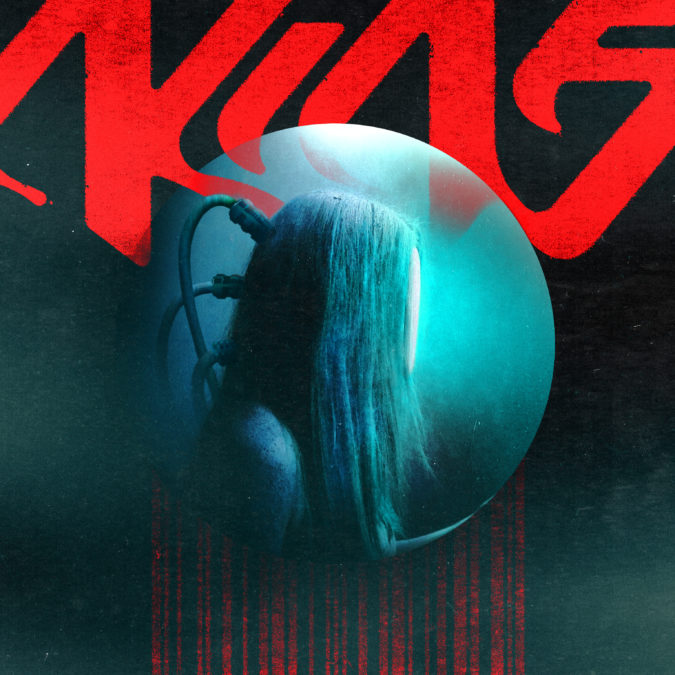 The last two times I listened to a band with Sleep in their name, they pretty much both put me to sleep. Hopefully this is a more thrilling experience for us all.

The album opener and title track Alias gets its Djent on before bursting into a singalong chorus which reminds of the early post-hardcore trend where the music shifts from brutally heavy to pop choruses. This isn’t a bad blend, and these guys seems to do it pretty-well. Not a bad opener, let’s see what’s to come.

Skin takes us further into the djent realm but adds some flavour to the guitars with a greater degree of technicality in the riffage. Again, we hit a gentler singalong style chorus before the song breaks down to a semi-melodic synthesised interlude/outro which drags us into the intro of Strangers and its aggravated screams. This is the heaviest track so far
which again delivers that broken djent feeling within the riffage. Oh, and then the breakdown, momentary but massive, and shifting into a heavy, balls to the wall outro.

Strings, horns, bells and various other atmospheric samples bring us into Cold Moon. This drags on for a little before the band takes over for a slow-paced chord progression where the song ends after a short journey to nowhere. Unnecessary album filler? Yes, but still kind of cool.

Back to the heavy we go with Melatonin. Groovy, djenty and screamy pretty-well sums this one up, and we manage to make it through another track without a pop chorus. I think I like these guys more when they stay heavy, and the following track Insomniac does just that.

Heavy chugs, basic grooves, that’s all you need right? Well, that track does, and it’ll make you bang your head.

By now, this album has taken me down a different path than what I expected after the opening two tracks. 110 Minutes keeps up the heavy, but does have some kind of weird sample interlude which doesn’t really make that much sense in the big scheme of heavy.

Luckily, they save this one by ending the song heavier it started. Well played gents!

How’s the Serenity? Pretty goddamn heavy to be honest, for a while anyway, until we hit one of those singalong choruses. Seems we’ve come full circle to the start of the album.

These choruses do build to screams progressively, and we start to hear some keys in the background which just add to the overall feeling of the song. Insert Tech Djent ending here, and the song is done.

Bouncy bounce, Djenty djent, weird sampled interlude, breakdown, riffy riff, more weird samples, breakdown, ridiculously detuned guitars. That’s how the next track Synthetic Veins plays out. What trip, probably a good song if you have trouble paying attention to a song for longer than 12 seconds or so.

Well, I’ve made the distance to Distance, and to be honest, it’s been quite an enjoyable ride. The album closer kicks off with some slowly chugged chords backed by samples to create a sombre atmosphere. I believe this is what we call a Heavy Ballad. It’s actually good to hear the band pull back from the broken groove for a little while. That is, of course, until they bust straight back into it, mid-song, for just long enough to keep us interested enough to hear out the end of the song with a screamed singalong chorus this time around!

Good track, and a great closer to finish the album!

For their first label offering, and second release, this is a well-produced, well written album with some killer heavy grooves. I’ll be keeping an eye on Sleep Waker to see what they deliver next, and you should too by grabbing a copy of Alias which is out on July 23rd !