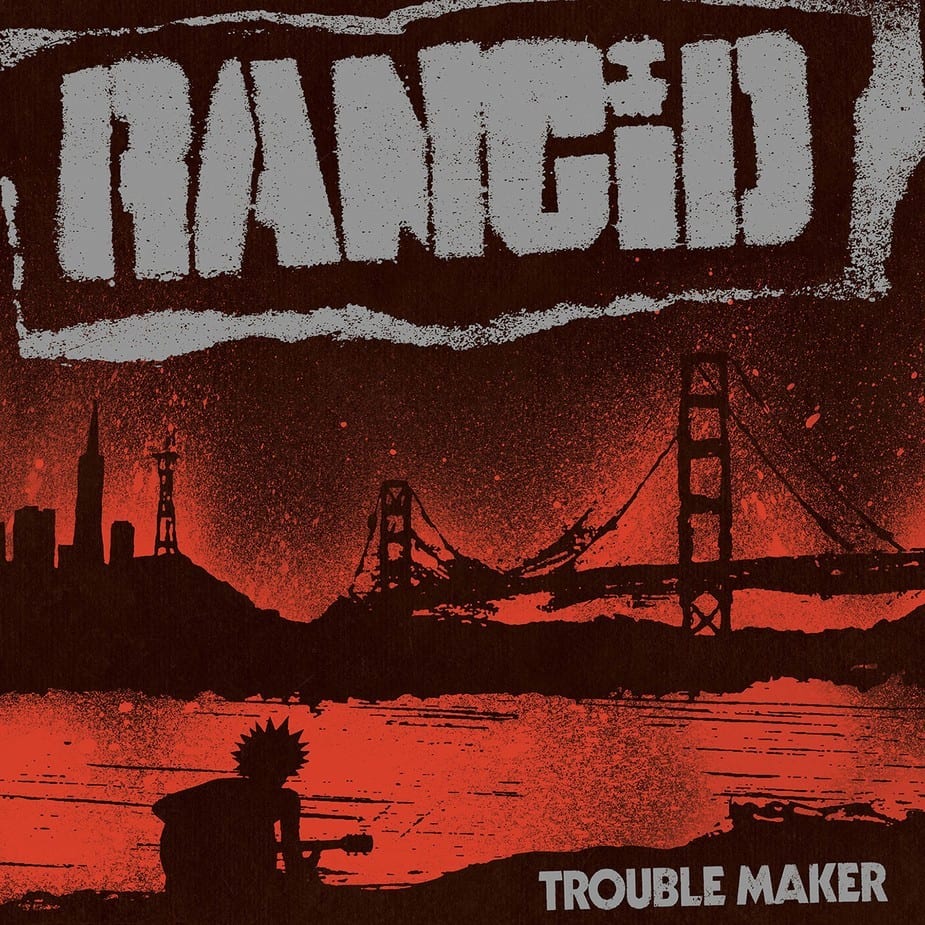 Legendary Californian Punk rockers, Rancid, are due to release their latest studio album, ‘Trouble Maker’, On June 9th, 2017 via Hellcat/Epitaph Records. This is the group’s 9th studio album, released just three years after their last critically acclaimed album ‘…Honour is all we know’ in 2014, which in a chronological comparison to the time span between the release date of their other studio albums, is the fastest they’ve released a new studio album since the 1990’s. In retrospect to their previous albums as a basis of comparison, fans surely will not be disappointed by the album’s content.

The group had its humble beginnings, emerging from the blue collar swamps of Berkeley, California in 1991. The group was founded by Punk veterans Tim Armstrong (vocals, guitar) and Matt Freeman (bass) who previously played in the highly influential Ska Punk band, Operation Ivy. After the demise of their much beloved first band, the founding members decided to do the impossible – start an even better band. It’s easy to say that the group did, in fact, achieve the impossible as today, often enough, Rancid alongside several other acts such as Green Day and the Offspring are credited with reviving Punk Rock in mainstream America.

After signing with Epitaph Records and the addition of Lars Fredricksen(guitar vocals) and Brett Reed (drums), Rancid released their first studio album, the self-titled, ‘Rancid’ in 1993, shortly followed by ‘Let’s Go’ in 1994 and the classic platinum selling ‘…And Out Come The Wolves’ in 1995. They followed with the even more ambitious ‘Life Won’t Wait’ in 1998, and in 2000, Rancid released another album entitled ‘Rancid’, in their words, ‘Just to see if anyone was paying attention.’ After Indestructible in 2003, Branden Steineckert (drums) joined to solidify Rancid’s current line-up. They subsequently released the albums ‘Let The Dominos Fall’ (2009) and ‘Honor Is All We Know’ (2014).

Now with their latest album release ‘Trouble Maker’ being on the horizon of release, fans can expect an album true to the fundamental values of traditional Punk Rock that put the band on the map: short, fast and loud.

The life span of each song’s duration can go anywhere from under one minute to three. The first song on the album titled ‘Fast Track’ is certainly true to its title as its length is only 58 seconds, the song is a great opener to the album as it is short, fast and loud and right in your face; it definitely leaves the listener wanting more; whereas the longest song on the album at three minutes and nineteen seconds titled ‘Telegraph Avenue’ at three tracks in has more melodic guitar riffs and softer vocals/harmonies, leaving the listener content.

Most songs on the album have a similar sound and flow into each other smoothly with an overall uplifting, energetic vibe that any great Punk Rock song can give a listener; even some songs such as the fifth track in ‘Where I’m Going’ are true to the bands Ska Rock roots, however, it’s the 9th song on the album titled ‘Bovver Rock and Roll’ coming in at three minutes and two seconds in length is slightly different or rather distinctive in comparison to the formation of the other songs on the album as it consists of a more melodic early 1970’s Glam Rock guitar structure and vocal harmonies with the raspy winsome vocals of Armstrong giving the song its distinctive Rancid sound.

It would be a lie to say there was a bad track on the album, as there really isn’t. Each song has its own individual mark on the album and is easy to listen to from start to finish and within saying that, wouldn’t be hard to as the total album’s duration is 33 minutes and 12 seconds.

The album is definitely highly recommended to anyone who is a Punk Rock fan and worthy to add to anyone’s collection. Again, the release date is Friday 9th June 2017 and will be available on CD, digital, and vinyl formats. The deluxe digital version will include two bonus tracks ‘We Arrived Right On Time’ and ‘Go on Rise Up’. A vinyl deluxe version of ‘Trouble Maker’ comes with those tracks on a bonus 7 Inch.

With the final song entitled ‘This Is Not The End’(01:57) cleverly placed last on the album, we as fans can definitely expect further albums from Rancid as this is not the end.