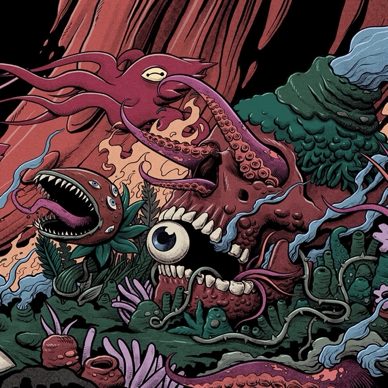 By virtue of the title alone, Pop Evil’s sixth offering Versatile is an expansive record, pushing the safer side of rock and at times venturing into hard rock territory.

As the name would suggest this is perhaps Pop Evil’s most ambitious offering yet, and one which firmly stamps them as a band who, after 20 years in the industry, is comfortable in setting its own pace and rules.

Opening with the awesomely ferocious “Let The Chaos Reign” it seems as though Pop Evil are making an emphatic statement of intent with an almost Nu-metal influence permeating through the track. With an almost snarling and sporadic vocal delivery, Leigh Kakaty seems to be having fun with this realization of freedom, lurching over seering breakdowns that almost distract you from the fact this is quite possibly the heaviest thing Pop Evil have done.

“Set Me Free” pulls things back somewhat, with Kakaty embracing the opportunity to combine harmonic interludes with the more aggressive vocal delivery this song demands.

“Breath Again” is your token radio-friendly rock number with a soft underbelly smoothing over the rough exterior, with Kakaty seemingly more comfortable with this type of tune that knows where it is going every step of the way. He has that unique ability to pull back a songs tempo with only his voice as a numbing agent and even at this early stage of the album it is evident Versatile has unwittingly become a vehicle from which Kakaty is the driving force.

Not that that is a bad thing – quite the opposite – but after a promising and heavy initial onslaught, this is where Versatile tempers itself somewhat and reverts to the formula for which Pop Evil have staked their musical prowess.

“Inferno” – which is the polar opposite to the image painted, “Stronger (The Time Is Now)”, “Raise Your Flag” and “Survivor” all revert to the relative sanctity of the tried and true rock/pop-ish comfort zone, with the middle section of the album being hijacked by the much loved and conventional rock ballad leanings.

The band have stated that Versatile strikes the balance between the early direction of Pop Evil and the unknown yet supposedly harder edge they are veering into and you can’t argue the point.

As an accumulative collection reflective of two decades of music, Versatile hits all of the pressure points with almost clinical precision.

“Worst In Me” best typifies this with a slow intro that explodes into life, highlighting the balance between the softer side of Pop Evil and the raging inferno threatening to break through.

“Fire Inside” begins with a crashing of chugging guitars and again hints at how heavy Versatile could have been if left to its own devices.

By utilizing a different producer for each track on the album Pop Evil may have provided that diversity they were after, but without a cohesive leader of the pack the battle between hard rock and soft rock has ultimately fallen victim to its own desires.

Brilliant when allowed to follow its own course but stifled when dragged into line.

Versatile is a great album and will definitely appeal to a broader fan base but Pop Evil seem to defer to soft rock default whenever things threaten to ignite.

But it isn’t an unchained beast left to carve its own path either.