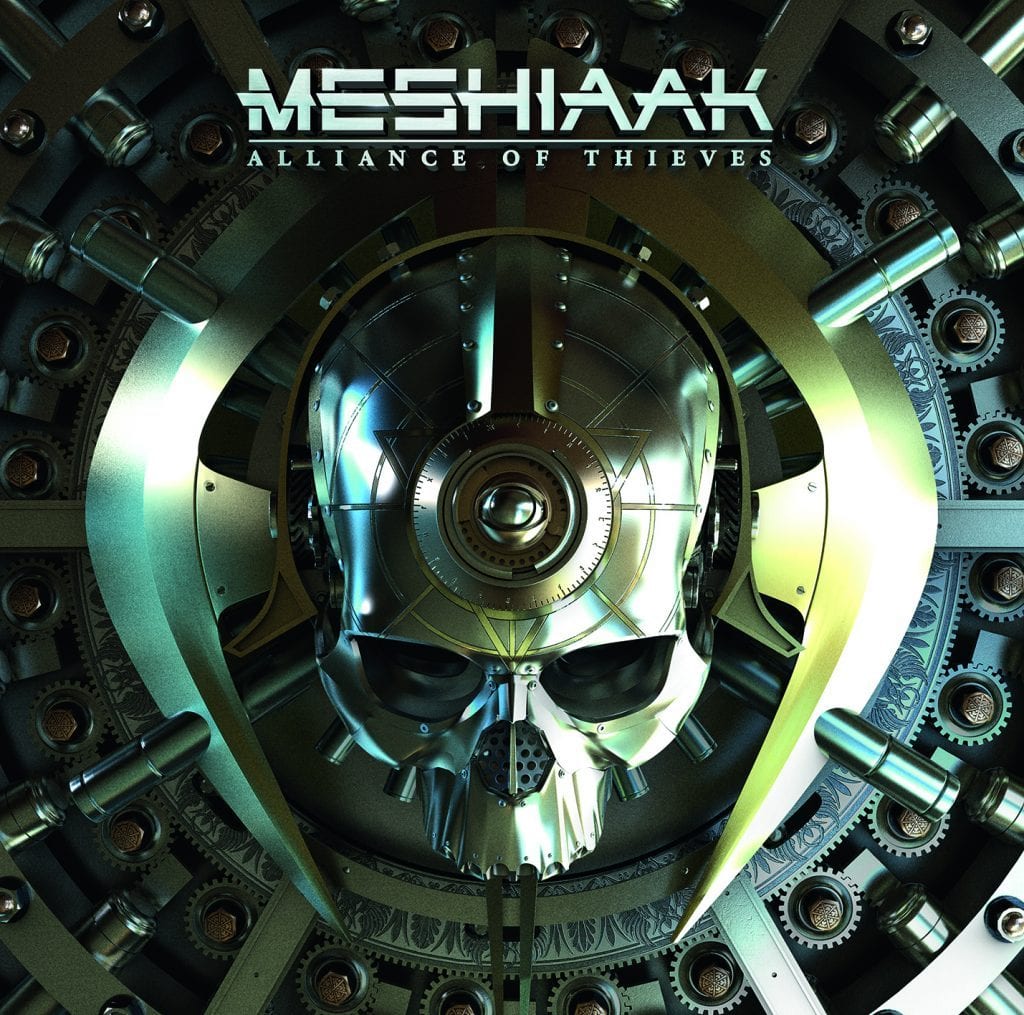 Review by Bailey Graham
Bailey rates it a 9/10

Over the last few years, Australian metal has received some incredible international recognition, and for good reason. Melbourne, in particular, is home to some of the most talented and innovative metal musicians in the world today, and it is in this city where four brothers of metal pulled together and delivered what is not only a highly aggressive and original piece of heavy metal but a strong candidate for album of the year. The band in question is Meshiaak; the supergroup formed by 4ARM’s Danny Camilleri and Teramaze’s fret wizard Dean Wells, the group is rounded out by bassist Nick Walker and the legendary drummer Jon Dette of Iced Earth, Slayer and Testament fame, who also earned recognition as the temporary drummer for Anthrax during the period when original drummer Charlie Benante was out with injury. Their upcoming debut release Alliance of Thieves aims to demonstrate a level of technical instrumental excellence while maintaining an incredible amount of raw aggression in its sound, and it succeeds beautifully on both accounts. This album is a perfect blend of thrash metal with groove-inspired hooks, layered with virtuosic lead guitar work and raw vocal power.

Wasting no time in delivering, opening track Chronicles of the Dead showcases a full frontal assault of groove inspired thrash, reminiscent of early Machine Head. The twin-guitar melody during the introduction to It Burns at Both Ends has an old school metal vibe to it, before completely pulling an 180 and launching itself straight into full-blown thrash, a sound Meshiaak seems to have perfected. Another straight up thrasher of a track, I Am Among You, and then it’s more mid-tempo subsequent track Drowning, Fading, Falling, highlight the incredible guitar proficiency that Dean Wells presents, truly a master of his craft.

At the midway point, this album has already made a clear statement: that Meshiaak is set for what is potentially one of the greatest debuts of 2016. The standout track at this point is At The Edge of The World. While not possessing the raw speed and aggression as previous tracks has, it more than makes up for it with an incredible chorus and a face-melting guitar solo. The tempo picks up once more with Last Breath Taken and Maniacal, and it’s at this part of the album where I find my first real issue. Maniacal feels very stretched out, as though the last minute of the track was unnecessary, but that all comes down to personal preference, as the repetitive riffing and somewhat abrupt stop are certainly other people’s fancy. As the album wraps itself up, title track Alliance of Thieves reminds us why Meshiaak have truly mastered the art of fast-paced heavy metal, a perfect amalgamation of downright powerful riffs and soaring melodies. The final track of the album, and what is my personal favourite, Death Of An Anthem is a mid-tempo display of multiple guitar solos and perfectly composed choruses.

With such high profile members of the band, one would have high expectations when receiving their first dose of Meshiaak. Fortunately, Alliance of Thieves not only delivers regarding aggression and technicality, but completely exceeds expectations when it comes to displaying some of the most well-written riffs and melodies, plus some of the best vocal performances I’ve heard in modern metal. It’s hard to find any major fault in Meshiaak’s debut release, and I hope continues through to further releases.

Alliance of Thieves is set to be released on August 19th, 2016 through Mascot Records.

PrevPrevious.[INTERVIEW] A Day To Remember with Jeremy McKinnon
Next.[EXCLUSIVE] 5 Ways to Kill Time On A Plane To Australia by Taylor Lumley of BeartoothNext