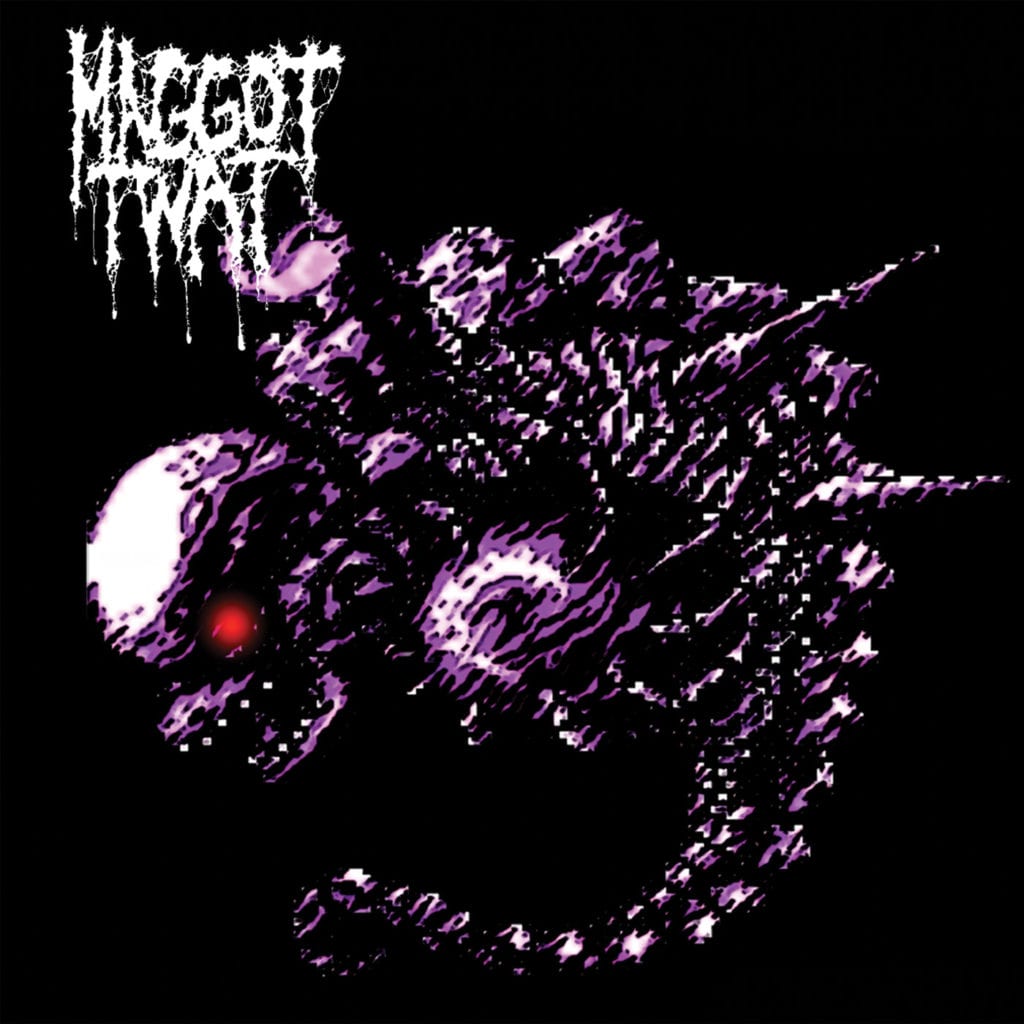 With a name like Maggot Twat, you would be a Twat to take them seriously. Cartoon inspired Metal hasn’t sounded as good since the likes of Mr Bungle, Primus, and System of A Down. The Lake Zurich three piece features the obscure vocals and shredding of the guitar by frontman, Pizzer Manwhat, who is accompanied by the pummeling bass of Spam Manwhat, who also provides all keyboards and samples and the pounding drums of one known as Dick Pancakes.

From the organs, creaking doors and evil laughter of opener A Vampire Bit My Balls which unleashes some hard hitting riffs and beats that go from all out groove to blast beats from Dick Pancakes. One thing is for sure the band are not to be taken seriously however they take their instruments seriously with some tight musicianship at hand. Title-track, 8 Bit Apocalypse is a thrash fest that turns into a Djent ensemble that would please Meshuggah fans. Throw in computer sounds and elements of grindcore into the mix and a lethal cocktail is sure to be consumed.

The humour is evident in I Fucked a Train, which unleashes some bone-crushing riffage which causes the train to derail into some pretty wacky territory. The interludes have Bungle all over them with the aptly titled Fuck My Underwear, leading to the cartoonish vocals of Pizzer on next track, Sexy Plants. The guitar leads on display here are infectious as an open sore rummaging through a rubbish tip. Raped by an Ape punishes the listener’s ears for close to three minutes which would be enough time for the ape mentioned to devour. The brutal track leads to another perverted sample and the fast-paced, I Wanna Get Laid, possibly the anthem for any pimple-popping teen.

The politically correct, Kill the Bitch, is a highlight with more cartoonish vocals, headbanging grooves, hilarious lyrics and a guitar solo that is more welcome than a supermodel at a swingers party. Ending with The Maggot Twat song, where all cylinders are hit in all directions. The guitar solo is more motivating then what an overpaid motivation speaker has to say. Find the hidden track and enjoy the funk that is the James Brown Ointment. Who would have thought the Twat would be flawless. Definitely, a fun record that deserves to be heard to be believed, letting us know awesome music like this still exists.