[ALBUM REVIEW] Life of Agony: A Place Where There’s No More Pain 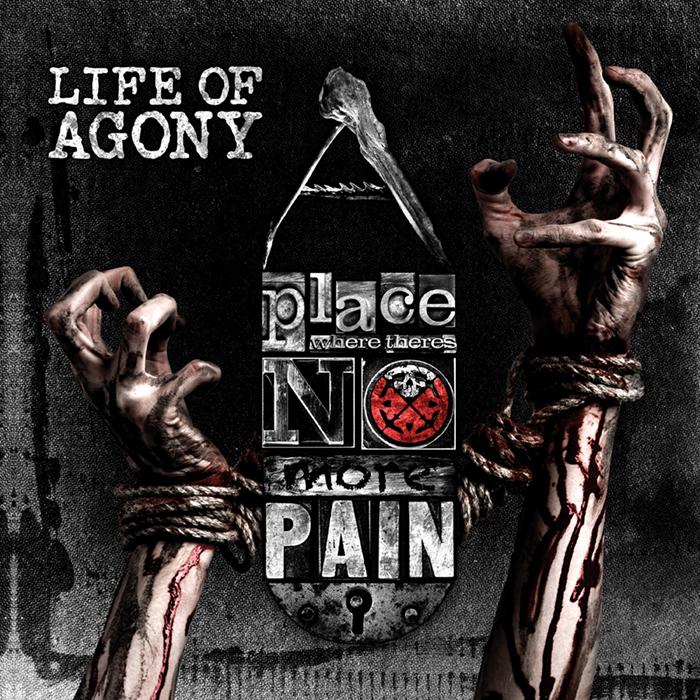 A Place Where There’s No More Pain (2017) is the album Life of Agony had to release. With a fresh new sound and home at Napalm Records LOA haven’t sounded this good in a long time. Opening with Meet My Maker, the blistering riff of Joey Z and pummeling bass groove of Robert it doesn’t take long until that distinct voice of Caputo sends chills down the listener’s spine. The drumming of Abruscato is stellar as the groove continues with one of many highlights in Right This Wrong. The catchy chorus and chord progressions leave a mark with the inspiring vocal delivery of Caputo and a nifty guitar solo courtesy of Joey Z.

The title track and first single, A Place Where There’s No More Pain is a heavy rock anthem with a resemblance to the Soul Searching Sun era. The catchy tune delves into some dark territory while remaining upbeat, the only way LOA know how.

The chugging riff of Dead Speak Kindly slows down the pace while remaining heavy, bringing Alice In Chains to mind. Never short of solos from Joey Z, not overdoing it which adds a nice touch. A New Low is a highlight which starts off as a slow burner, the bass of Richard setting the groove. World Gone Mad brings back the glory of  LOA favourites with elements from Ugly with Lost at 22 and the like.

Bag of Bones sees some doomy riffs with Caputo sounding at his best. LOA are at the top of their game here and for many fans, despite the ups and downs, it was certainly worth the wait. The classic riffs and solos make for a most enjoyable listen. A Walking Catastrophe grows on you, Caputo sounding like Perry Farrell (Jane’s Addiction) at times on this track which is something different yet again. The variety is endless which makes this album full of surprises. Not letting down with some killer guitar solos to come. Head stompers found with Song for the Abused and the haunting album closer Little Spots of You is the perfect way to wind things down.

Life of Agony is back with what’s sure to please avid fans old and new. A contender for album of the year. Let’s hope the River Runs Red Down Under sometime soon.