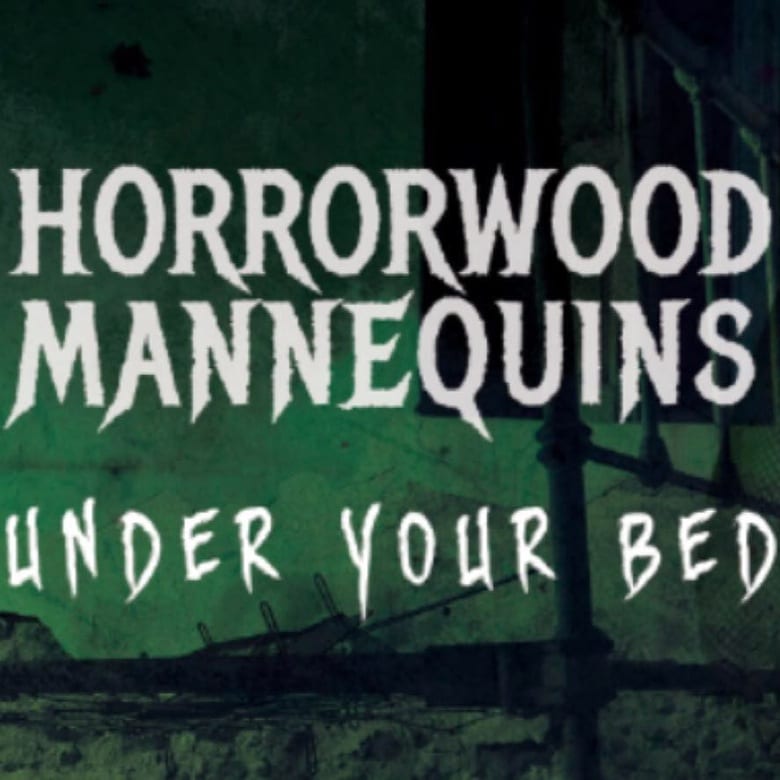 Horrorwood Mannequins have been a spooky part of the underground metal/hardcore scene of Sydney for a long time now. The horror punks have done the hard yards and have suffered many a lineup change, but finally look set to breakthrough.

After releasing their long awaited debut album The Hard Way,  and scoring a Musicoz Australian Independent Music Award, they’ve hit back quickly with Under Your Bed.

Not wasting any time or mincing words, the EP rockets out of the gate with new single Burn It To The Ground, a stomper that gives you the rundown on what the Mannequins are all about. Heavy pounding beats from new drummer Jonathan Devoy (Jerk, ink, Melody Black) amplify the harsh biting vocals from head monster Audri Medicate, who is equal parts Wednesday 13, Marilyn Manson and the devil distilled into one crazy voice. The sludgy guitars provided by axeman Steeden capture that thick, messy and seedy underbelly of debauchery which compliments the low end bass work from Spud.

A highlight is HWM which channels The Beautiful People and is a call to arms for Horrorwood. With the chant “Horrorwood Mannequins are under your bed” during the chorus, it will surely incite the kind of riots these reprobates so desire.

The EP flies along at an absolutely lean eleven minutes and thirty-four seconds, which is a shame since it could have done with an extra song or two. Nonetheless, the tracks here are absolute quality and the messy cover of Nirvana’s Negative Creep will certainly get fans moshing away at all their upcoming shows.

If you have followed the Horrorwood Mannequins from the beginning, or have just discovered them, Under Your Bed is a great little slice of insanity to add to your record collection.

Stay up to date right here: