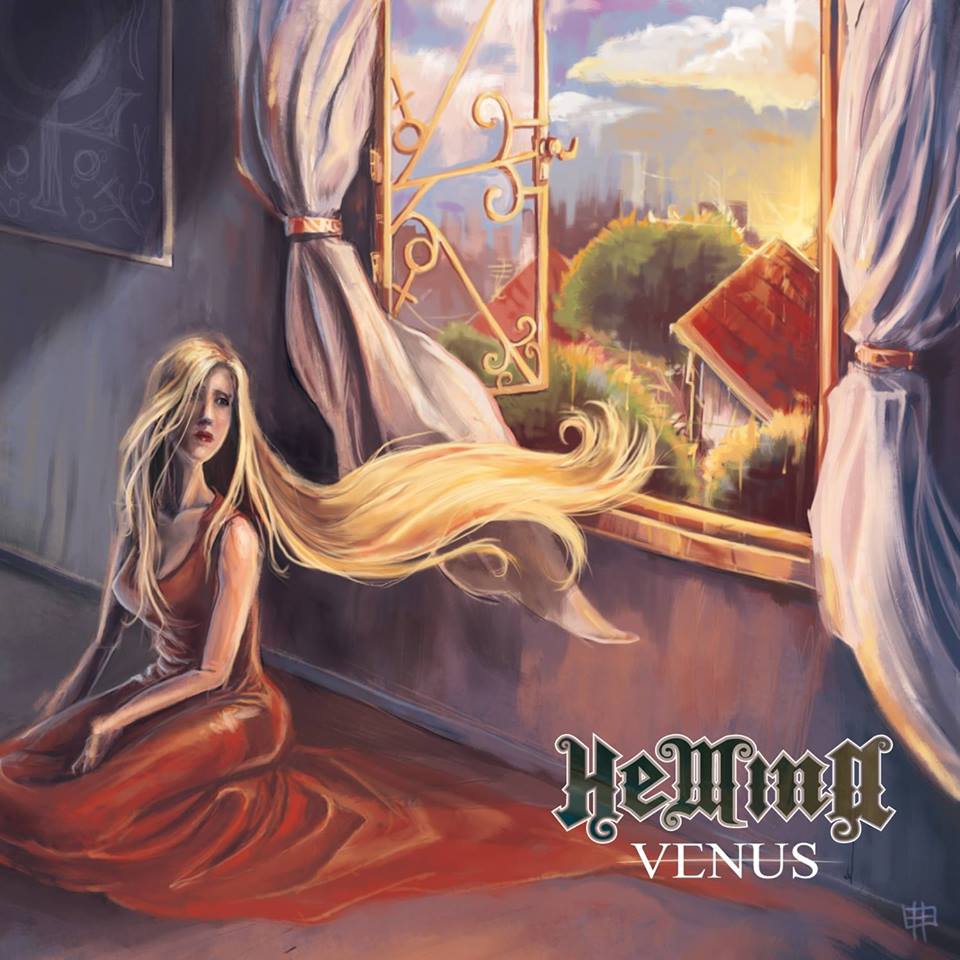 I am often found, figuratively scratching my head, wondering why certain bands are not selling albums by the truckload and touring the planet to sold-out venues every night. My scalp got a metaphorical working-over while listening to the sophomore album from Sydney progressive metal maestros Hemina. Venus is a world class prog-metal release, and it is a crime that these guys (and gal) are not significantly bigger than they are. Hopefully, this will be the release that does it for them.

This album is a real journey, 80 minutes of wondrously melodic, marvellously played prog that is heavily influenced by the old-school but also puts its own unique and modern slant on the style.

What is most impressive about this record is the sheer breadth of its vision and ambition. The intention here was obviously to push the boundaries of what this band can do, in every way: they have wound their songwriting chops out to a phenomenal extent on this record. The conceptual imagery that comes across on this musical journey is truly striking and the band has stretched themselves mightily as far as their individual musicianship is concerned. The production is clean, crisp and powerful and vocalist Douglas Skene has reached inside himself and pulled out a performance worthy of deep respect in the illustrious annals of progressive music history.

They have thrown caution into the teeth of the storm and simply let it all hang out on this record.

Of course, all the ambition in the known universe is no good to us at all if the execution isn’t up to standard. And Hemina has nailed it to the wall like a ten-ton hammer on Venus.

On top of all that, this record is so consistent, end to end, that it’s difficult to pick a standout track. The lengthy tracks are truly epic, and even the shorter tunes are catchy as hell especially Starbreeze and first single Moonlight Bride, the latter featuring beautiful performances on alto-sax by Jimmy Garden and trumpet by John ‘Daddy Webbo’ Webster. Even bonus track You is a real barnstorming stomper.

This record will surely appeal to fans of the melodic heavy music of all shapes, sizes, tastes and dispositions. Stop what you are doing and grab this. Now.