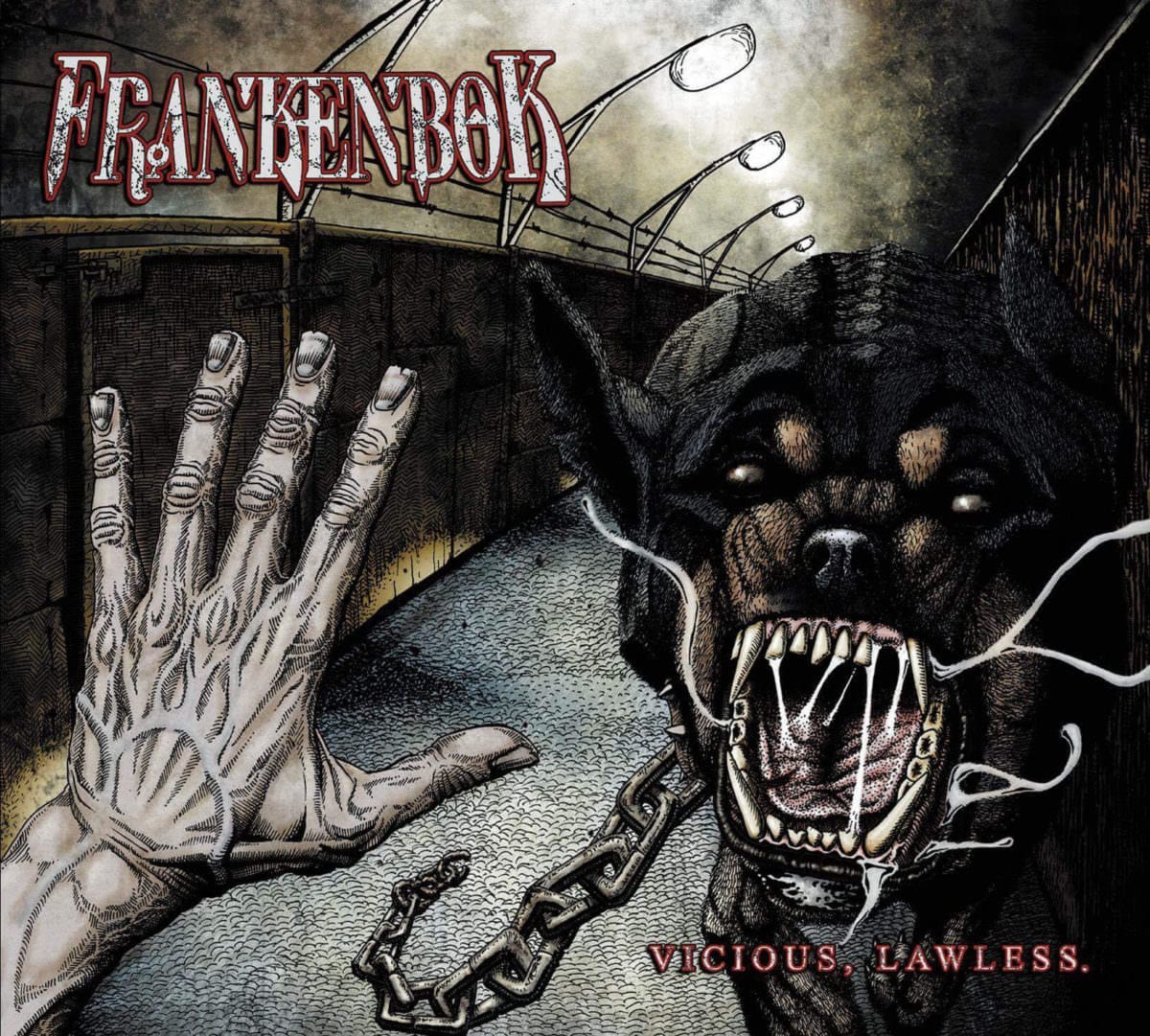 Australians are extremely proud of both our “Never Say Die” and “D.I.Y.” attitude and outlook on life.

Frankenbok is a band that has always and still to this day been one the workhorses in the local music scene. For eighteen years the ‘Bok have forged a highway of beer, beards & mohawks fueled by good rockin’ metal times with great mates and a career that has spawned six killer album releases, a live DVD, a VHS tape and a coffee table book.

‘Bok’s “never say die” attitude was born from the sweat of both original members Azza & Tim Bok never failing to give up on their creation–a life’s work of songs revered and chanted amongst those in this country that knows the name Frankenbok!

With a new frontman, Dan White, tearing listeners a new one on the new (yet to be released) album titled VICIOUS, LAWLESS which also features a new drummer and a second guitarist.

So…intro’s and words of praise aside, let’s get down and dirty with VICIOUS, LAWLESS shall we!

Here are ten songs of honesty and stories lived between albums by five blokes that refuse to stay down and stand back up to retelling the tales of experiences on the other side or trauma, setbacks, drama and the life.

On VICIOUS, LAWLESS you can pick the enormous passion of Azza’s playing like a dirty nose. It’s as though you are listening to any new Frankenbok albums; like giving an ol’ mate a hug and sharing a pot of beer after not seeing ‘em for a few years.

Track one: “Drive it into the Ground” is easily distinguished and as ‘Bok as ‘Bok get’s. Straight up and unrelenting from start to finish. The double snare stabs immediately kicks you square in the ballsack and the guitars and bass intertwine, awaiting the gravel throatiness. And from there the album forges on an unrelenting road forward for a further thirty-one minutes.

A clear winner is “Lifeline (Give ‘em Enough Rope)” which is a killer cohesive slab of chant worthy tune driven by a hard groove, and the ability to draw the listener into it from the opening lyric:

‘Hollow and beyond help, that’s for sure, peering down this vortex, to no end!’.

Highlights are the killer groove/hook-ridden “PTSD” and “Stalker, Stalker”.

But don’t take my word for it, pre-sale for VICIOUS, LAWLESS is live now and the new Frankenbok album will be released 14th July on the bands on FAIR DINKUM RECORDS label.