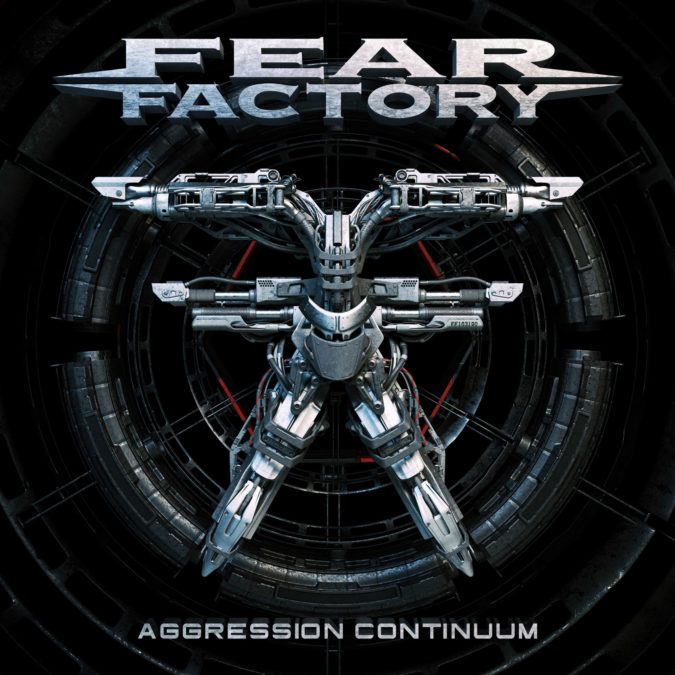 Fear Factory is undoubtedly a band that changed the course of metal forever with their sophomore release Demanufacture, and they’ve been trying to re-capture that essence ever since, much to the acclaim and disdain of fans and critics worldwide at every single twist and turn.

As it turns out though, we’ve ended up with Burton’s throat and Dino’s right hand in on the action together. However, as we all know Burton is now AWOL and focussing on other projects. And even though many industry peeps have asked Dino the big question, no-one knows as yet who will fill the rather large shoes of Burton for the delivery of these and other classic FF songs live! Maybe we’ll find out after a few more lawsuits, as it seems to play out in the FF camp.

Anyway … the album opens with your classic FF intro then “Recode” blasts in with that tight right hand of Dino backed by the solid rhythm section of Tony Campos and Mike Heller. Burton screams with the fury we’ve always expected before hitting a classic FF chorus and the faultless delivery of his haunting gospel-esque cleans! What an opener, but what to expect next? Well, next up is the first single, “Disruptor”. This track tricked a few fans into thinking it wasn’t Burton on the track. Why? Maybe it’s the ferocity in his vocals, he sounds really fucking angry, maybe this was delivered shortly before his decision to walk away after 20+years of lawsuits and band bickering.

These tracks set the scene for the rest of the album, and the one thing that stands out is the prominence of the keys and samples which sit a little prouder than previous releases.

This isn’t a bad thing, just an interesting element which pricks up the ears and draws your attention. And just when you think it couldn’t possibly get any better the title track “Aggression Continuum” kicks in with brutal fury, again in classic FF style before jumping into a pre-chorus of broken groove and bounce that drags you in before spitting you out into a classic chorus and ferocious bridge.

Apart from the next track “Purity”, which seems a little forced, and a little too much like an attempt at a Demanufacture vibe that doesn’t quite hit the mark, the album continues to deliver everything that true FF fans demand. The following two tracks “Fuel Injected Suicide” and “Collapse” deliver with killer furiosity and are followed up by “Manufactured Hope” which brilliantly integrates some classic thrash riffs. “Cognitive Dissonance” and “Monolith” keep up the pace although the latter is interrupted mid-song by some kind of weird classic rock solo … I never knew Dino had it in him to be honest, but hey, credit where credit is due, or not. The album finishes with a fucking banger of a track titled “End of Line”, what a way to go, this is probably my favourite track on the whole album, an album which in all honesty is one of their best in many years!

Aggression Continuum is out on June 18, pre-Sale link:  http://nblast.de/FearFactoryAU