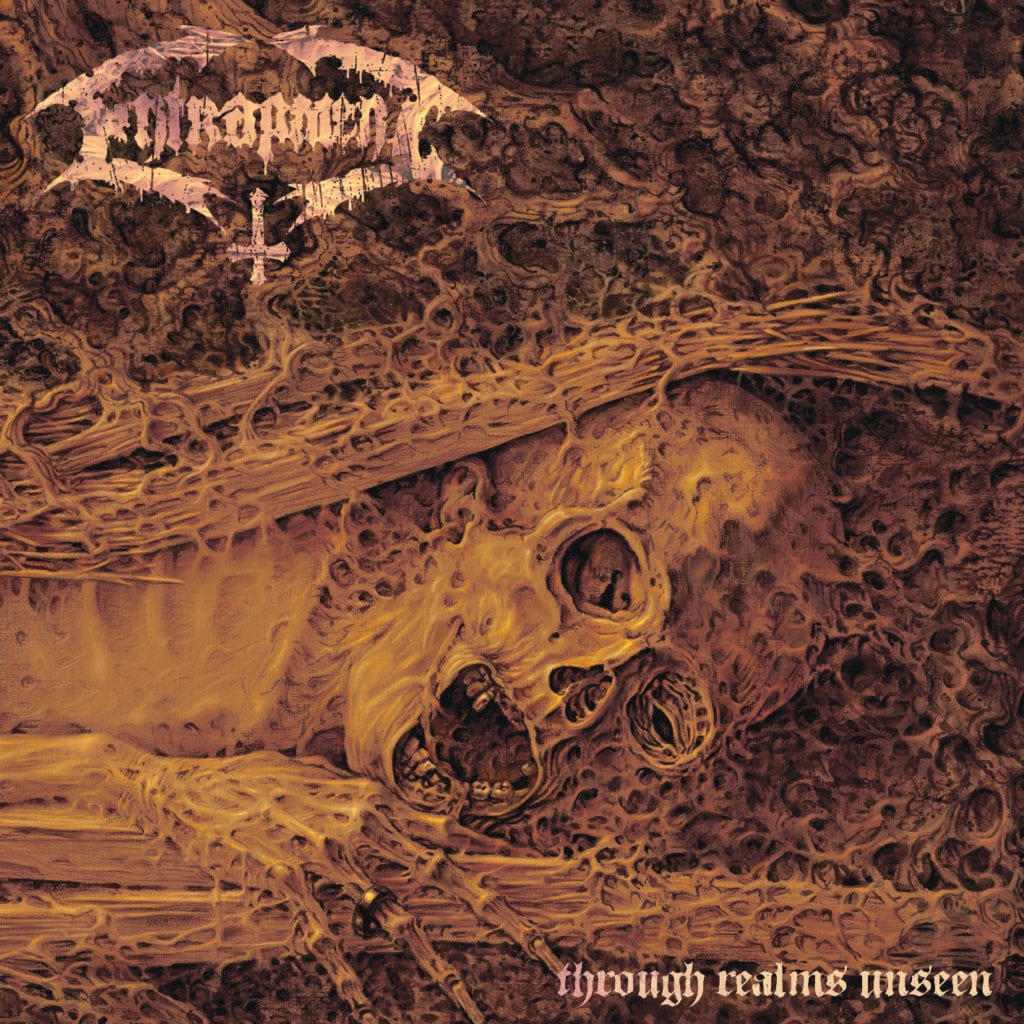 What we have laid here before us awesome readers is forty minutes of pure, dirty death n’ roll, awesome.

This is my first glimpse into the world of Entrapment and I love it! I am not a die hard follower of the genre as a whole. That being said, what I do like, I am a big advocate of. OBVIOUSLY Entombed, the awesome and severely underrated The Crown, Shagrath’s (Dimmu Vocalist) project Chrome Division plus a handful of others and it is for this reason that I stuck my hand in the pile for these dirty Dutch metallers otherwise known as Entrapment and I am thrilled I did.

‘Through Realms Unseen’, awesome readers is the ‘Clandestine’, ‘Left Hand Path’ and the like for our second decade of the 20k’s. It is unrelenting, in-your-face dirty metal and it rules! I love going into new music sound unheard and having no preconceived notions as to what I’m about to hear or experience and this album is a nice little end to 2016. It is something I’d like to think, that is both nasty and unapologetic that is a perfect closer to end this year. But we can put this on, raise our steins and ‘Prost!’ that we are at least still breathing.

‘Through Realms Unseen’ is Entrapment’s third release and has expanded from what was initially a one man recording project in 2009 to a full band.

And what is the most appealing about ‘Through Realms Unseen’ is what it isn’t trying to cram into a small amount of space or make us venture out of our comfort zones. It doesn’t have all the trademark eight string finger wizardry, growly scream verse, high sung chorus, all the mates round gang vocals and as much tech as can be put into four and a half minutes.

If you want your vinyl put on and scratchy as all hell but sounding awesome as it could be then ‘Through Realms Unseen’ is for you.

We could most certainly, dissect all that was put to tape on this album and try and be as elitist as we like, but that is exactly what this album doesn’t need. It is what it is a pure form of metal, laid out and transparent, not to mention, 100% relentless.