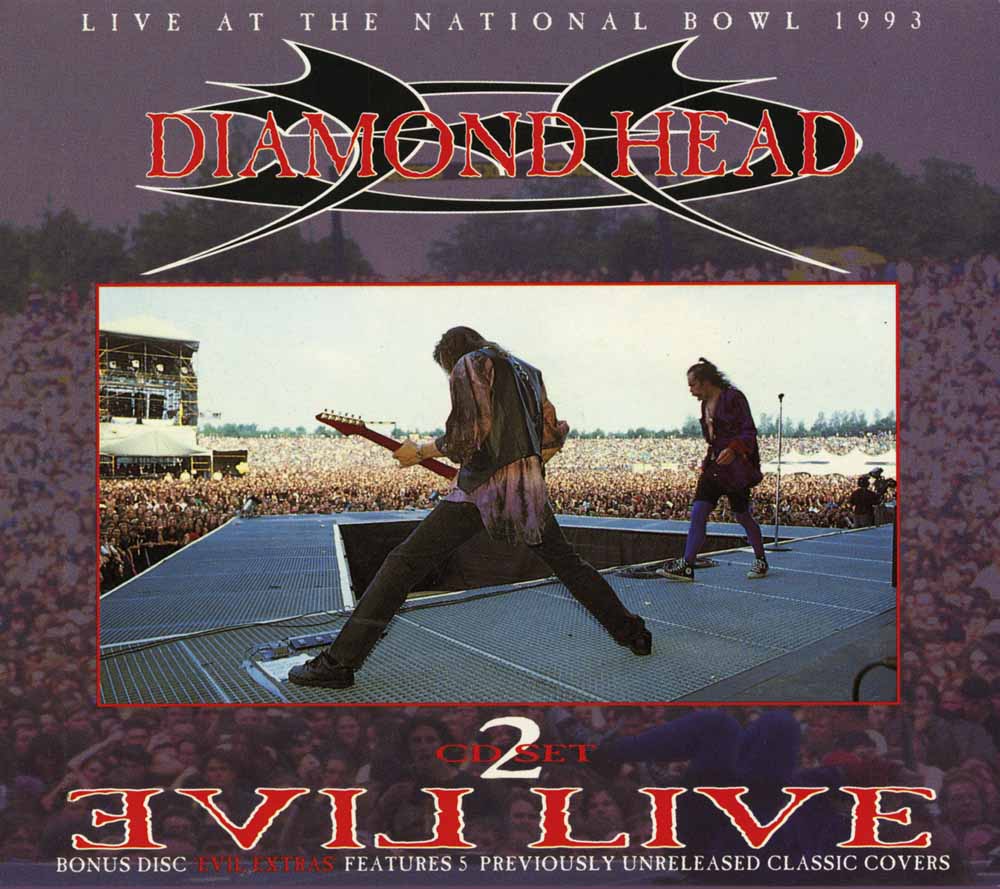 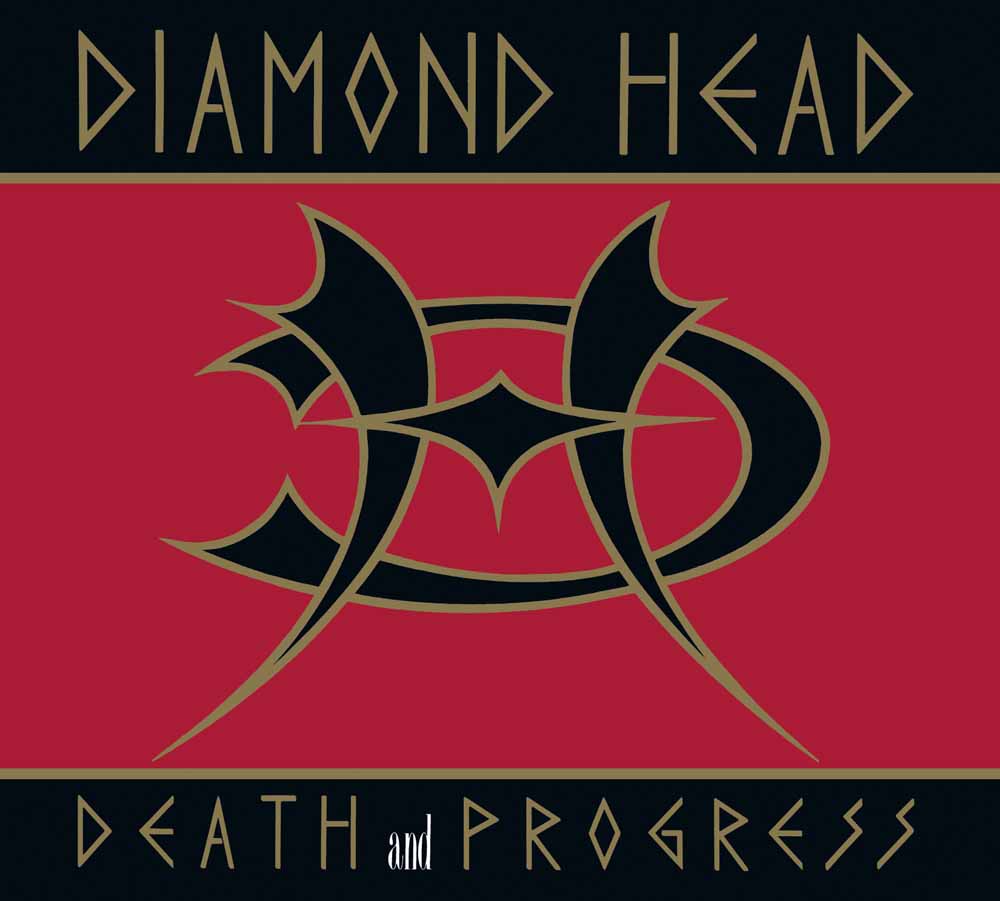 Formed during 1976 in Stourbridge, West Midlands, Diamond Head are often heralded as one of the founding members of the New Wave of British Heavy Metal (NWOBHM). Whilst achieving a good deal of success in their former years, the band, unfortunately, for many, never really achieved the potential that had promised so much in the formative years. After ten years, 3 seminal albums and several changes in musical direction the band split in 1985.

However saying that they had a strong fan base including the biggest band in the world of rock and metal .. Metallica, whose members have always cited Diamond Head as one of their biggest influences and indeed covered “Helpless” and “Am I Evil”.

Singer, Sean Harris and guitarist Brian Tatler got back together again in 1990 to begin writing new material. Together with contributions from Dave Mustaine (Megadeth) and Tony Iommi (Black Sabbath) this resulted in the LP “Death and Progress” 3 years later and the band were invited to open for Metallica at the National Bowl, Milton Keynes which was recorded and released as “Evil Live” in 1994 along with a B-side of previously unreleased cover songs.

In June 2017 Dissonance Productions are re-releasing the 2 1993 LP’s for our listening pleasure.

First up comes “Death and Progress”. For me, this is the LP that Diamond Head should have released back in the 80’s and that could have catapulted them to the same heights as the likes of other NWOBHM stable mates Def Leppard and Iron Maiden. Combining their metal roots with a more commercial style of songwriting, what we have here is a great LP. Opening with the melodic yet driving “Starcrossed(Lovers of the Night)” we get a feel for the strength of songwriting on the this LP. Both Harris and Tatler had clearly matured as songwriters and finally found the sound they were searching for in their early career. For this reviewer the stand out track has to to be “Run”, if there is such a thing as a perfect hard rock single then this track comes damn close… wind down the windows and play that sucker loud. Look out for “Damnation Street” too, a great grooving slice of proper commercial rock with a shade of the seminal “Am I Evil” running all the way through it.

“Evil Live” sees Diamond Head opening up for Metallica and delivering a set of classic tunes alongside live airing of some of the songs from “Death and Progress”. Opening with “Am I Evil” the band show, despite guitarist Tatler being quite poorly on the day, that they are still relevant and can rock out with the biggest band in the world. What follows is a set perfectly captured in this live LP. Stand out tracks are “Run” and “To Heaven from Hell” and the vampire inspired “Sucking My Love”. The accompanying B – side aptly titled “Evil Extras” sees Diamond Head recording some of their favourite songs along with some unreleased originals. We get songs by artists such as “Bad Company”, “Joni Mitchell”, “Montrose” and “Mr Big”. Stand out has to be “This Flight Tonight” .. a great cover. Of the unreleased material, there is not a bad song on the LP .. classics each and everyone.

These 2 LP’s definitely form a pair that should be listened to together. They cover a period in Diamond Heads history that saw the band re-emerge as a force of reckoning and has some of the finest songwriting that they have ever produced. It’s a massive hard rockin’ 5/5 from me.

PrevPrevious.[PHOTOS] FLESHGOD APOCALYPSE and Hybrid Nightmares at Max Watts, Melbourne on the 03/06/2017
Next.[ALBUM REVIEW] MISS MAY I ‘Shadows Inside’Next