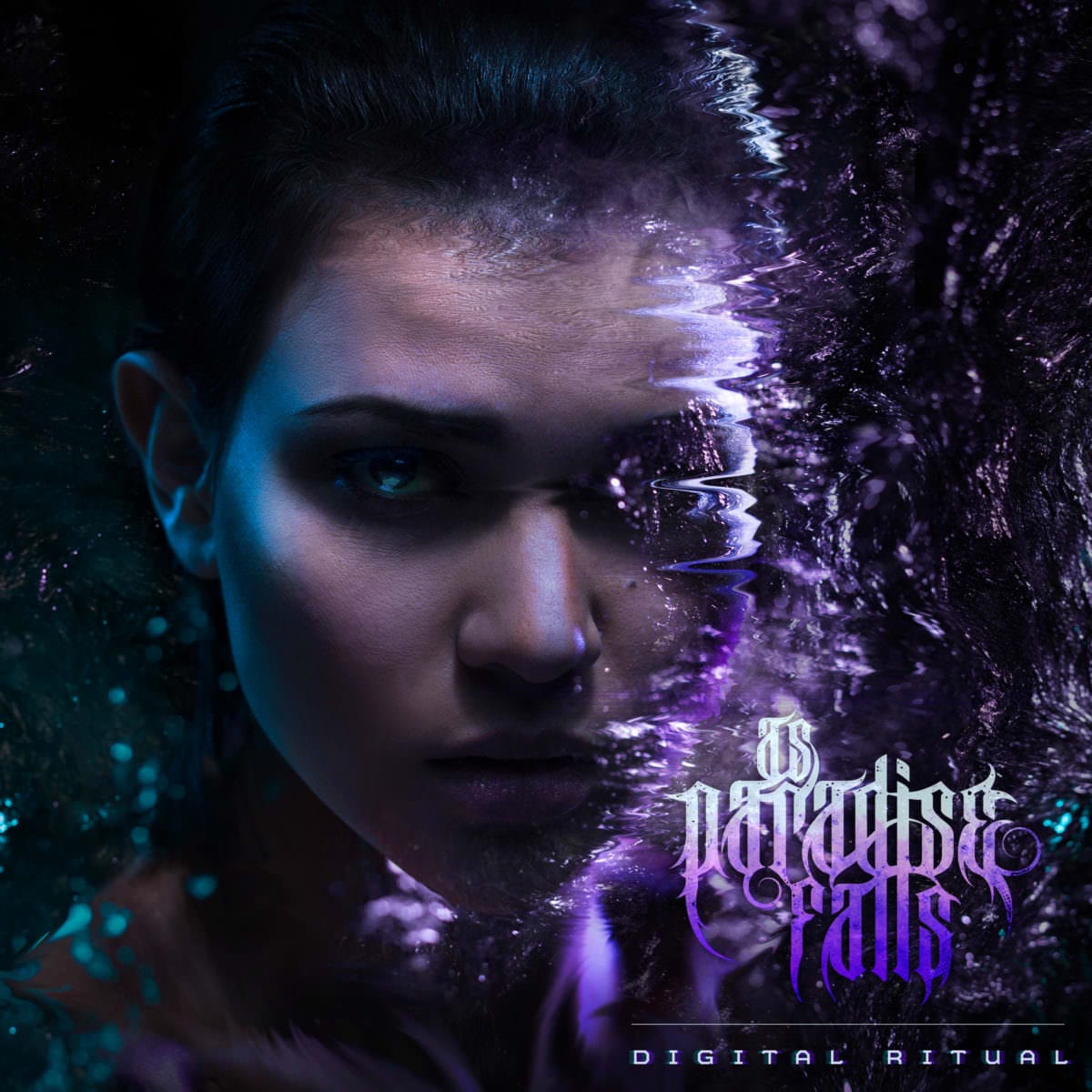 The latest release from As Paradise Falls Digital Ritual presents as a collaboration between the aggressive and the mystic, a marriage of melody, texture and lesson like no other. Releasing such an immense work has been a long time coming, and for good reason.

After the unexpected death of guitarist Glen Barrie in 2015 during recording in Thailand, As Paradise Falls were left in the unique situation of their project being half finished, without a guitarist and uncertainty quickly clouded the air. Calling the events surrounding the creation of Digital Ritual ‘bumps in the road’ would be a criminal understatement, but the destination at the end of that road, however, illustrates a band whose perseverance and dedication prove that they are the real deal.

In a beautiful testament to his talents, Barrie’s guitar work has been virtually left untouched. Despite the introduction of new singer Shaun Coar and having to completely rework the lyrics for the album amidst the pain of losing Barrie, the past and the future versions of As Paradise Falls blend fantastically. It’s evident through the passion, the rage and the layers of intricate work, that Digital Ritual is the result of a period of emphatic blood, sweat and tears.

Opening with the album’s title track, a floating melody creeps in, the late Barrie almost motions a bittersweet farewell before As Paradise Falls cascade into brutality – ‘Balance’ sets a president for the album with hammering drum lines, spitting vocals and frenzied guitars.

Lead single ‘StarBlind’ simply bellows – the multiple layers of vocals bend and break with a lingering melody, clean and aggressive vocals equally captivating. Barrie’s guitar work, along with that of remaining guitarists Jimmy Upson and Danny Kenneally, alternates between the sweet and subtle and the crushingly loud, giving a certain balance to the track that accentuates its thematic cause. The thoughts of an indistinguishable state of a celebrity among society today is clear even through often indistinguishable growling. The album’s standout track, As Paradise Falls, expose their own humanity and fragility with this mesmerising melody.

Like many of the tracks on this release – ‘Glory To The Server’ and ‘The Ultimate Consumer’, a particularly frenzied whirlwind of anger and pleading, Coar’s voice punching and hypnotic – the album is demonstrative of the voluntary and subconscious slavery by which we’ve succumbed to as a society. Technology rules us all and As Paradise Falls seem to be asking a silent question – are we better off for it? With ‘Reborn’ the band present a lyrical miracle, cries of reborn/reborn sing out like gospel before Coar enters the apocalypse of vocal runs – his aggression knows no mercy.

Undulated with power, passion and metal mastery, As Paradise Falls do themselves proud with Digital Ritual, a release that even without the unfortunate events that pillar its creation, would stand alone on its own merit as an excellent addition to metal collections.