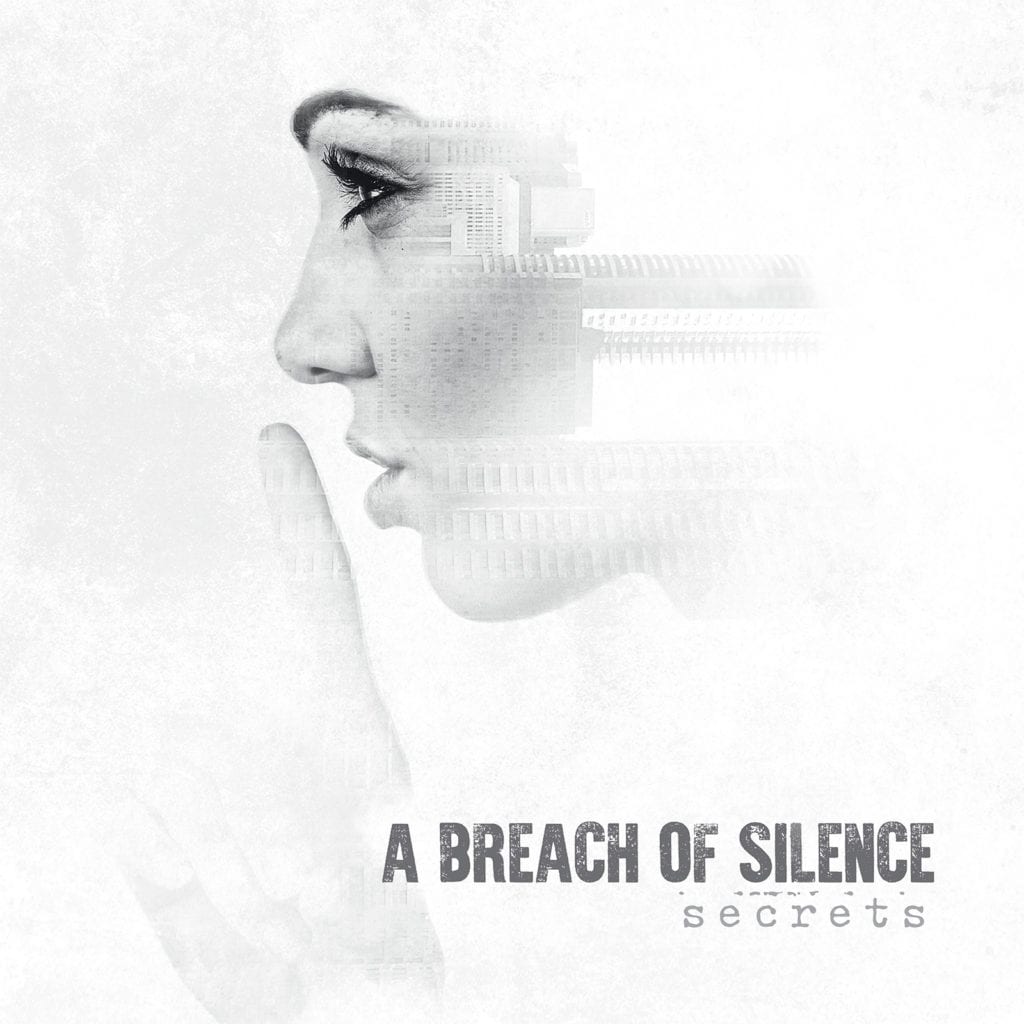 With two well-received albums in their back catalogue many bands would decide to rest on their laurels and just churn out more of the same… not Australian band A Breach Of Silence who seem to reach new, dizzy heights on their brand new album Secrets. This is an album that shows that A Breach Of Silence is a band willing to take risks on an album… and those risks have delivered one of the finest albums that you are likely to hear in 2017.

Bringing producer Fredrik Nordstrom on board for this album was a stroke of genius. His work with bands such as Arch Enemy and In Flames over the years has been sublime, and here he helps A Breach Of Silence deliver an album that is not only tight musically but delivers no weak tracks at all. He really is a producer that knows how to get the best out of this band. It helps when a band brings their A-Game to the table like A Breach Of Silence has here as well.

As an album Secrets grabs you from the opening strains. Frontman Rhys Flannery launches straight into opening track Falling Away with vocals not too dissimilar to that of Zack de la Rocha, and the track is lifted even higher by musicians that seem to be at the peak of their game. It’s when you start listening to track like Ride Or Die that you realise what makes A Breach Of Silence stand out from the pack is that they are a band that really has worked out how to capture that right blend of melody and screams… something that not a lot of bands ever seem to be able to get right. With this track they are spot on and when amazing guitar work of Mat Cosgrove and Kerrod Dabelstein kick in you can see why this is a band that so many hold in high regard.

The two things that really do hit you when you are listening to this album. The first is that A Breach Of Silence really are a band that know how to create tracks with real meaning. The Revelator takes the listener on a journey of exploring heaven and hell while Shameless (The Weekend) feels like it was written by someone during a time of real heartbreak. Yes, it is the kind of track that you will listen to time and time again when your own heart has been broken.

The second thing that really strikes about Secrets that it is an album where A Breach Of Silence are willing to take some risks with their sound, and the result are some truly memorable moments along the way. Simple things like the fading in and out in the middle of Fair Weather Friends takes a track that will already be remembered because of its thought-provoking lyrics and brilliant subject matter and makes it an even better song. Likewise, the slowed down version during the normally fast-paced Buzz Killington and the beautiful piano driven part of A Better Place shows that taking risks on an album can really pay off.

Taking these risks really do mean that you never know what to expect next on an album… and that is something that more bands need to take note of. Whether it be the catchy early Linkin Park sound that A Breach Of Silence manage to capture with Broken or surprising us all with the 1980s rock style of Sugar And Spice there is always something to love around Secret’s next corner.

A Breach Of Silence has really released an absolute beauty of an album with Secrets. It is an album that shows a band that deserves to be amongst the world’s best and is the kind of album that should ensure that soon we will be labelling them one of Australia’s best music exports. A superb album that needs to be listened to time and time again.