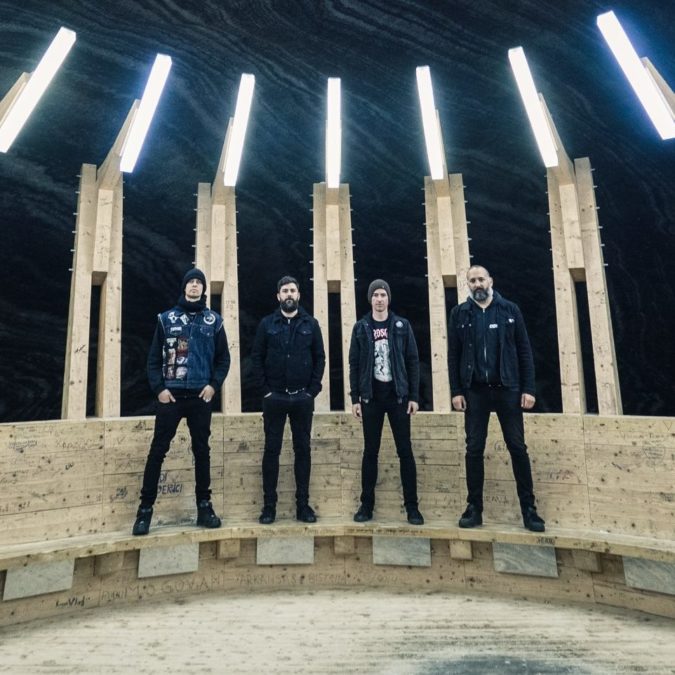 “I think any festival where the Australian identity and those new members can be fostered is very important.”

Sydney metal outfit Lo! are one of those rare bands that are impossible to tie down to just one genre.

They are, quite purely and simply, a metal band. No deviations. No conforming. No restrictions.

And their particular brand of metal is BRUTAL.

Their most recent album, 2017’s Vestigial, is widely regarded as their best yet, with the scary thing being that the band themselves admit there is still much room for improvement.

An aggressive, cohesive, and sonically frightening slab of music, Vestigial sees Lo! at their punishing best and as a special present to their hometown fans, the band will be performing the album in its entirety for only the second time ever at this weekend’s Aftermath, which will be held at Sydney’s Factory Theatre on Sunday, December 12.

Joining Lo! will be Totally Unicorn, Black Rheno, Mountain Wizard Death Cult and Astrodeath plus a host of some of the best of the next generation of Australian music for a one-day festival that showcases the past, present and future of music in this country.

Vocalist Sam Dillon phoned up for a chat earlier this week to talk about Aftermath and what the future holds for Lo!

“Gigs for us have been as rare as hen’s teeth,” he sighed, a sense of excitement evident in his voice. “The last show we played was Dark Mofo which looked like it wasn’t even going to happen because we were all treated like political prisoners in our own state and having to get ourselves down there, but yes, it’s going to be a big relief to play this particular album for the hometown crowd in Sydney, and I’m really looking forward to the rest of the bands on the line-up. It’s a pretty eclectic selection of local guys.”

While COVID has affected the entire music industry, it is fair to say that the impact has been harder felt by some bands more than others.

Many used the spare time to focus on writing music, but when you are a band like Lo! who has built their reputation around the ferocity of your live performances, having that option stripped away overnight makes things that touch more difficult.

“I think it’s definitely been a big blow for everybody creative,” Dillon agreed. “It’s that crisis of purpose and ability to find your identity and value in what you create and the crowds that turn up in numbers to live through those songs with you. You take that away and it’s a big blow for the industry and the people that create albums. It’s also less is more. We’re at this stage where we like to be able to control the environment where we’re putting the shows through and to have those songs be at their best and their most potent. The ability of us being in isolation was we were able to rethink things and really hone in on why that album is important to us and then also write the new one.”

In the full interview Sam talks about Aftermath in more detail, the importance of festivals like this for the future of Australian music, playing Vestigial in full and why this could be the last time they do, progress on album number four and what to expect, the pressures of living up to the expectations of fans and more.

Tickets and more information for Aftermath can be bought here https://www.beatscartel.com/event-details/aftermath-sydney