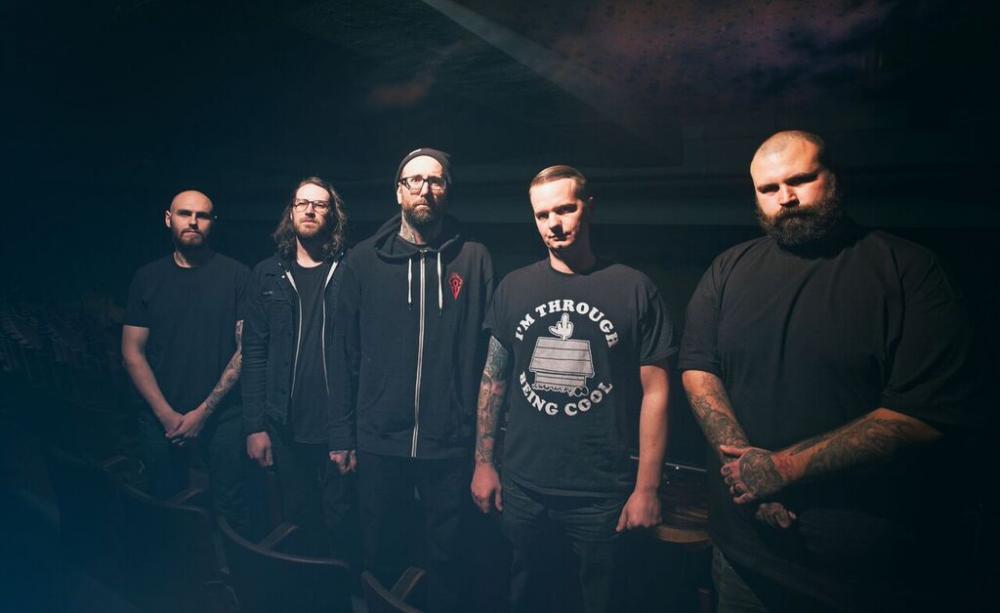 Destroy All Lines & Chugg Entertainment are touring innovative metal juggernaut The Acacia Strain throughout Australia with Kublai Khan this December, so say your Prayers!

For a tour that killyourstereo.com has already hyped punters by telling them to “Prepare to Die” based on the announcement alone.. it just got bigger with these epic local supports.

Joining this devastatingly mosh-heavy tour are Deceiver & Uni/VS in Brisbane, Staunch & Taken By Force in Newcastle, Relentless, Life’s Ill & Underminder in Sydney, Honest Crooks & Autumn in Canberra, Melbourne gets a blinder of a lineup in Boris The Blade, Colossvs and Gravemind, Adelaide gets Falcifer & 23/19 and Perth gets Unravel & Daybreak!

Hysteria Mag said that Gravebloom, The Acacia Strain’s crushing 2017 album “…is a middle finger to all those who thought they’d done all they could with their style of metal. The band didn’t rebuild their wall of sound, but instead rendered it, filled in the cracks and chips that are inevitable after 15 years in the game, added a few gargoyles and some unholy titanium spikes.” Since emerging in 2001, The Acacia Strain have consistently steamrolled boundaries in heavy music, fusing ironclad grooves, moments of doom-inspired pain, and a dynamic vocal exorcism together.
Fresh from releasing their brand new album NOMAD via Rise Records on September 29, Energetic, aggressive, and passionate four piece Kublai Khan are the main support on this epic tour. The North Texas metalcore outfit are fighting to make an impact in a music landscape bogged down with meaningless lyrics and recycled mindless music. killyourstereo called NOMAD “…heavy AF; packed with tough riffs, angry pit-calls and chunky grooves; is another solid mosh album for 2017’s vaults, and is as violent-sounding as one would expect from the band.“
Tickets are on sale now at tickets.destroyalllines.com. 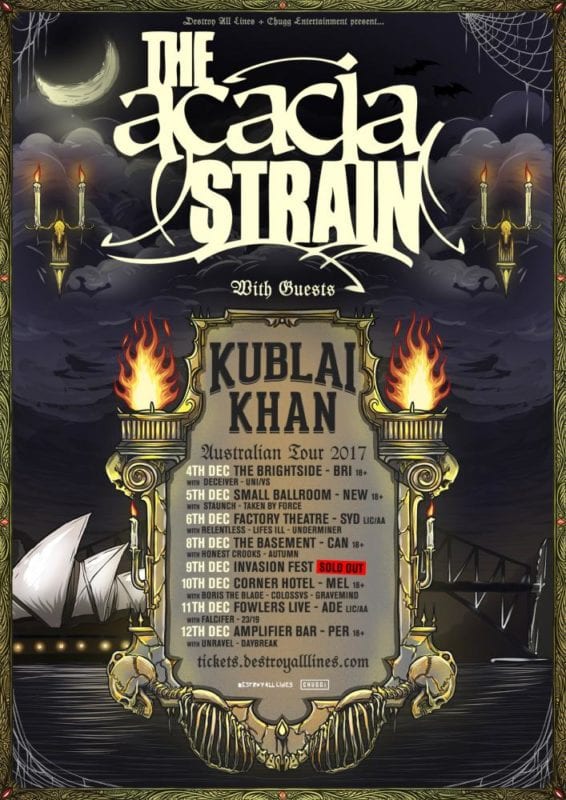