ABANDONED BY BEARS Create A Headstorm 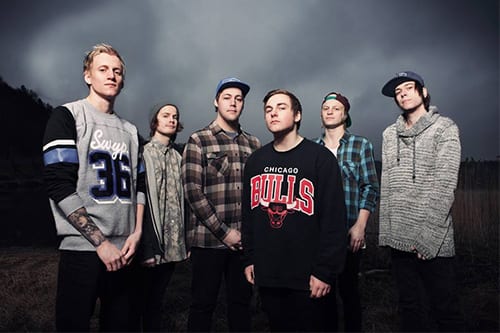 For a band that’s been together since 2012, ABANDONED BY BEARS is just hitting their prime with ‘Headstorm,’ their spirited new single out today. The track comes from their upcoming sophomore album, Headstorm, set for release on August 24, 2018.

“Even if you have the clearest view on life, on what you want to reach or where you want to go, new obstacles will come along setting you off course. ‘Headstorm’ is about taking the most important goal of your life and keep striving for it when this mystery called life throws you curve balls,” laments bassist Gustav Ericksson. “The video speaks for itself. We took a look at today’s pop culture to poke fun at situations you would see a more ‘baller’ artist in. It’s all in good fun and we had a blast making it!”

Fronted by the dual vocal combo of Leon Ekelund and Fredric Andersson, ABANDONED BY BEARS is rounded out by guitarist Jacob Devinder and Max Fahlman on drums. The Swedish noise mob released The Years Ahead in 2016 under Victory Records and spent a quarter of that year in the US touring ever possible corner. They returned in 2017 for another taste of America before closing out the year with their first ever tour of the UK. Due to overwhelming demand, the UK will receive the first taste of Headstorm as the Swede’s invade Europe starting July 1st. Plans for their third US visit are in the works for this fall.

ABANDONED BY HEARS On Tour 2018