A Big Cell-O From APOCALYPTICA 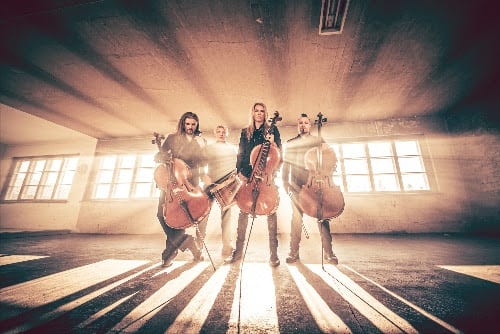 The last few years have been a crazy time for the mighty Finns Apocalyptica. That period of time has found the band nearly constantly touring, however, at some stage, they did find time to head into a studio to record their ninth studio album – Cell-O.

It is one of the first things we talk about when HEAVY Magazine gets the opportunity to chat to Paavo Lotjonen and we discuss what the band have been doing over the four years since the last album. “It has been nearly constant touring,” he says. “Since Shadowmaker we did a two-year tour and then nearly straightaway we did the anniversary tour, that tour lasted thirty-two months and we played two hundred and forty shows in forty-seven countries so we have been really busy.”

As we continue to talk about that hectic schedule he tells me that it hasn’t been as bad as many would think. “It wasn’t completely constant touring,” he explains. “Exactly twelve months ago we gave ourselves four months to produce this album and compose the songs. Some of the songs were already composed though from about a year and a half earlier. But the recording process for this album happened in January, February and March last year in Helsinki and then we continued the Metallica tour until November. We had one daybreak and then started planning the new tour cycle so tomorrow we start touring for this album. So we haven’t really been being lazy for five years we have been working our ass off.”

Our discussion turns to whether or not it is ever possible to write material while on the road and Lotjonen admits that is something that he has never been able to do. “I think it is difficult for anyone to write songs when you are touring,” he says. “The days are so full of different things, there is never any extra time so it is difficult to compose. Of course, there are musical ideas coming in all the time and you collect them to your memory, but to really compose a song you need to be able to sit down. This time we also didn’t jam together most of the tracks were composed alone, we really thought that might make the music more honest this time.”

“With Shadowmaker we sat down and playing the songs over and over,” he says highlighting the major differences the band went through this time while putting together Cell-O. “We rehearsed a lot and there was a lot of re-writing over and over and over again, that made the song really compact but this time we didn’t want them to be compact we wanted them to be more complex and multi-layered.”

The other big difference that fans will notice with Cell-O is that the album is pure instrumentally there are no ‘special-guests’ lending a hand with vocals this time around. “I would say that the main thing for Apocalyptica is to make instrumental music, says with Lotjonen with a real certainty in his voice. “We have been doing this for a long time and sure the singing tracks are a lot more attractive for the media but this time we really wanted to create an album that is really independent and that has been made for hardcore fans and music lovers, this is definitely not made for radio. I would be really surprised if any radio station will play these tracks that are over ten minutes long… I will offer you a beer if you ever hear them played on the radio. It is for our hardcore fans but to be honest, it is also for us and we are very happy that we did it.”

With such a focus on the instrumental side of things with Cell-O Lotjonen also says it changes the way that their fans should listen to the album as well. “This time they should just sit down and listen,” he says as we talk about the fact that with no vocals there are less ‘themes’ explored on the album and instead it is simply about the music. “They should sit down, put their headphones on, close their eyes and then just listen to the music. Then what comes to their mind at that moment, that is what it is about. When I am listening to music it creates in me some memories from my past, it could be things from when I am young or it could be things from just last week, it might be an emotional memory or sometimes even a smell might come into my mind. An album really is a time machine in that sense, I can even see landscapes when I listen to instrumental music and that is really what we want people to do here, they should start painting their own mental paintings in their memories.” 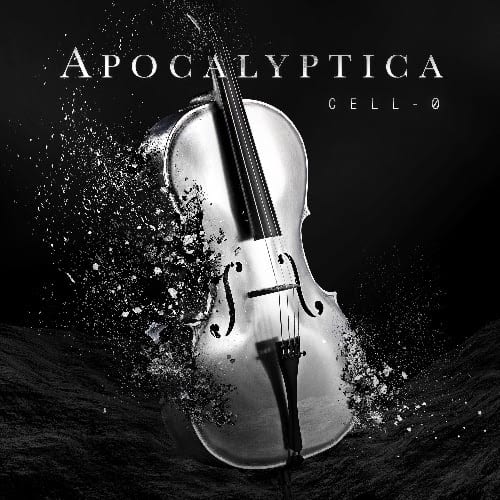