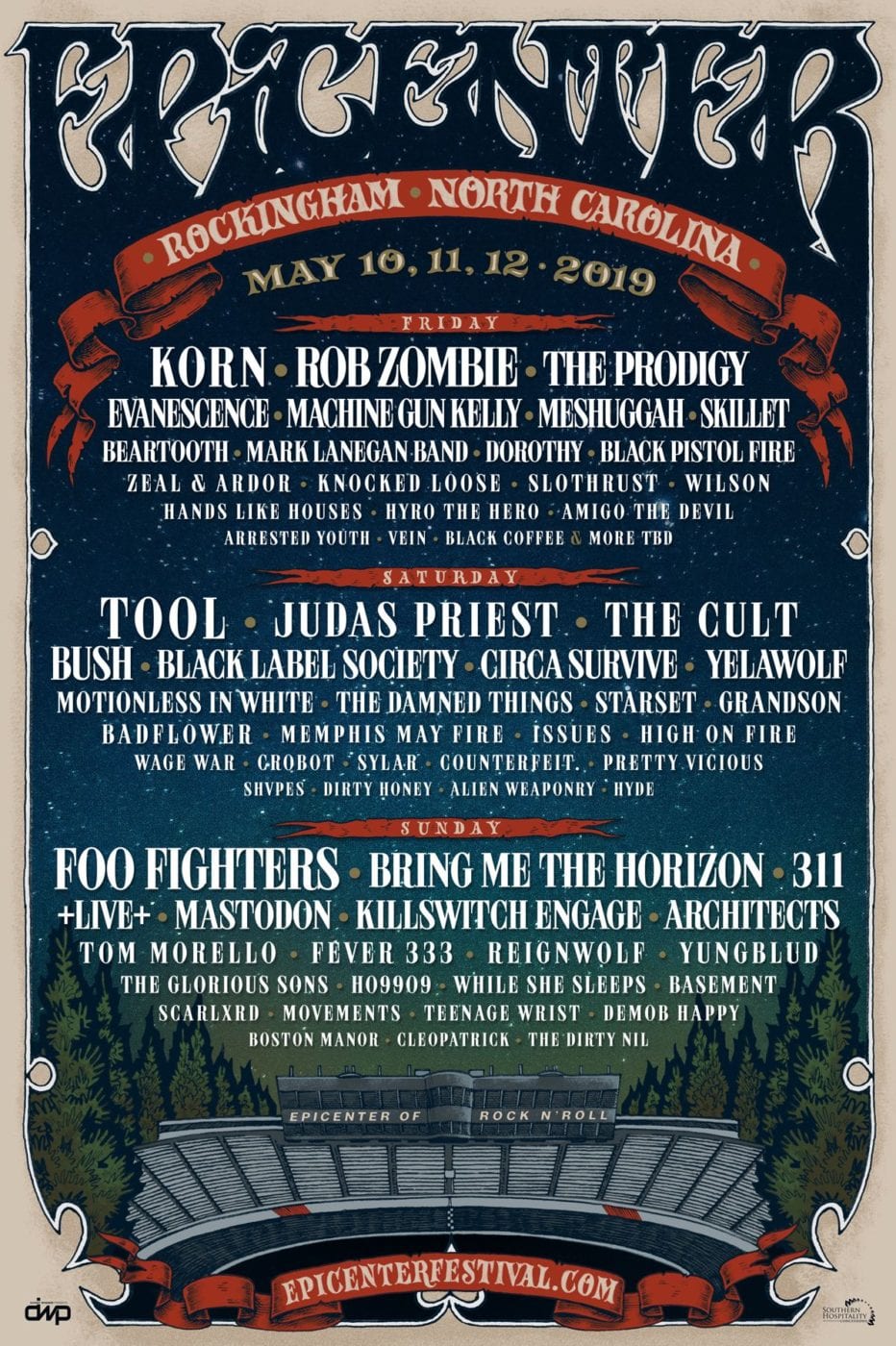 Kicking off the list is an artist that doesn’t exactly fall into the heavy category, YungBlud. The English rapper has also spent the summer on tour with Warped and put on one of the most energetic sets of the day. With his high energy and socially conscious lyrics, YungBlud brings a performance that is entertaining and fun.

Sliding into the heavier artists at the festival coming in at number 7 is Boston Manor. The band brings old-school pop-punk style shows to life during their sets making for an environment that is full of crowd surfing and circle pits. If you’re looking for a band that is fast paced and keeps you moving the entire set then Boston Manor is the way to go.

Number 6 on this list shouldn’t be much of a surprise to anyone. The Foo Fighters will be one of many headliners taking the stage out at Epicenter next year and it is one band that I think it is safe to say everyone can’t wait to see. With their reputation of putting on absolutely incredible shows, I would say it is very likely most festival goers will be sticking around to catch this awesome set.

Yet another headliner for the weekend Korn is one of those acts you can’t help but be excited to see. The band has brought truly spectacular shows to the festival circuit for years and have always delivered very energetic and exciting performances.

A personal favourite band to see live, Motionless In White, comes in at number 4 on the list. I have seen MIW on five separate occasions and they never disappoint! With their intense crowd connection and heavy songs mixed with their gothic theatrical appearance, their sets are honestly some of the most entertaining and intense. Just be prepared if you go watch them for a very high energy crowd that will literally crowd surf and mosh the entire duration of the set.

3. Bring Me The Horizon

Bring Me The Horizon in my opinion is probably one of the most anticipated acts of 2019 to see live. The band hasn’t been to the US in a couple of years making their fans over here in the states extremely excited to finally have the opportunity to see them live. Though their sound is quite different than their older stuff it seems as if everyone has grown to enjoy BMTH. Make sure you make it to their set to hear some of their catchy and beautiful songs and/or one of their haunting performances.

Coming in at number 2 is a band that I really can’t wait to see again next year. Starset is one of those bands that truly puts on an out of this world show. With their galactic-themed costumes, resembling Storm Troopers, along with the beautiful sound of the live cello and violin there is something very special about the Starset’s performances. The atmosphere changes entirely and is chilling to say the least. This is one set you seriously don’t want to skip out on at Epicenter.

Number 1 shouldn’t be a surprise as it is none other than Rob Zombie! One of my all-time favorite acts and Legends to see live, Rob Zombie puts on a show that feels completely unreal. With his insane appearance and cowboy hat, Zombie delivers a show that is not only high energy and an all around good time, but he also has an awesome connection with his crowds. Rob Zombie is one of the best musicians I have ever seen live and he takes that honor because of his playful and excited personality on stage. By joking with his crowds and smiling the entire time, it’s easy to see that he really does love being on stage and that makes for such a memorable show.