12 FOOT NINJA Prepare To Be UNCAGED One Last Time 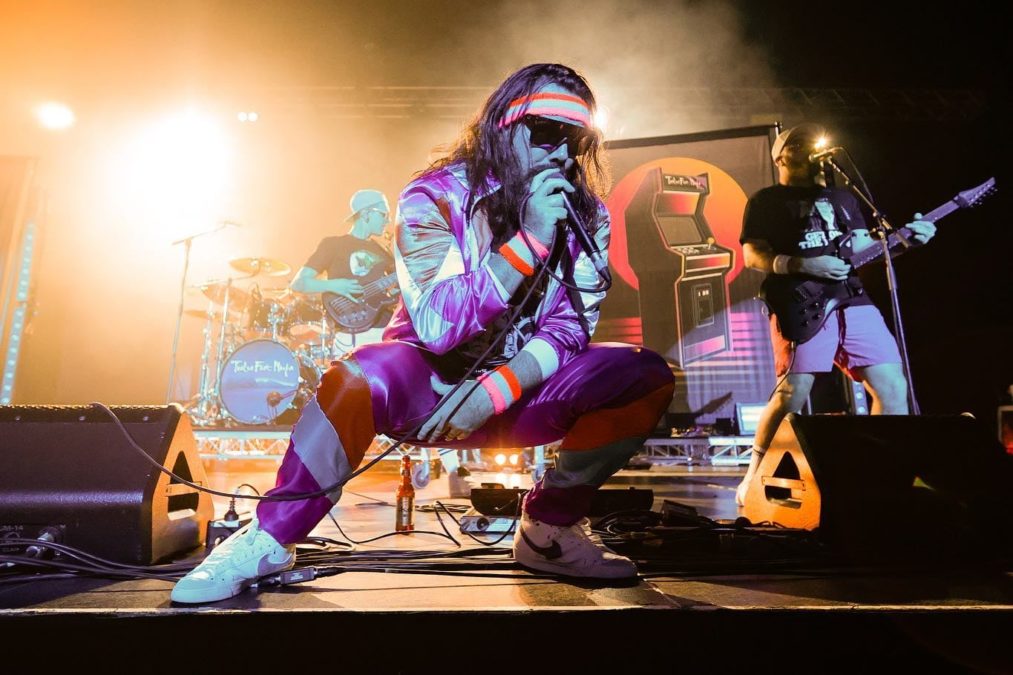 With two shows down and only one remaining at Festival Hall in Melbourne this Saturday, May 7, it’s fair to make an early call and declare the first year of Uncaged Festival to be a resounding success.

Carting an all Aussie line-up from Sydney to Brisbane and now Melbourne, Uncaged has truly been a diverse musical festival, featuring bands like Wolfmother, You Am I, Tex Perkins & The Fat Rubber Glove, Shihad, 12 Foot Ninja, Killing Heidi, 28 Days, Bodyjar and more, taking fans down memory lane while also treating them to a display from some of the finest up and comings bands this country has to offer.

With the finish line in sight, HEAVY sat down with 12 Foot Ninja guitarist Stevic for his take on the run of shows thus far.

“They’ve been awesome,” he enthused of the first two shows, “we had a blast. It’s been a really fun festival. All of the crew and staff have all run things super well. The bands have been awesome… yeah, I can’t complain mate, it’s been a good time.”

When I point out that many at the recent Brisbane leg of the tour at Eaton’s Hill thought 12 Foot Ninja were one of the standouts of the day, the normally unflappable Stevic ALMOST looked like he might blush.

“Thanks, that means a lot,” he managed. “We just had a good time. It’s like a ripple effect. If the band is having fun, then most of the time it’s fun to watch.”

In the full interview, Stevic talks more about Uncaged, being part of something like this, how 12 Foot Ninja approach festival shows compared to their own, guest vocalist Kayla who wowed the Brisbane audience, a headlining tour of Australia later this year and more.