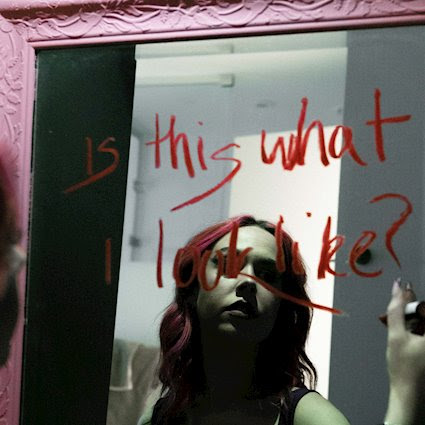 “My entire adult life has been YOURS TRULY. With that taken away, I was in a bad place,” vocalist MIKAILA DELGADO clarifies, “Not being able to perform was depressing.”

Forming the band while still in high school, Yours Truly drew inspiration from YOU ME AT SIX, TONIGHT ALIVE and PARAMORE when recording their debut album Self Care in 2020.

“Self Care is undoubtedly the best version of a Yours Truly pop punk album that we’re ever going to make,” says Delgado proudly. “And since we never want to do the same thing twice, it’s time for us to evolve.”

One golden rule of a young pop punk artist is deciding when to grow up. Whether it was the artists’ independent necessity of the last few years or the personal growth through reflection (or both) Yours Truly have definitely bloomed with is this what i look like?

“We spent that whole album telling people everything was going to be alright, but the world had clearly taken a turn. Over the past few years, self care has been incredibly difficult,” explains Delgado. “Now we just want to write the songs we want to write. Let’s not be afraid. Let’s just be the best band we possibly can.”

They get off to a great start with the grit of Walk Over My Grave. Subtle detections of the angst and layering of mid 2000s AFI sound really had me intrigued. It also separates itself from their previous work, with immediate evidence of a switch in songwriting and a fiercer bite in Delgado’s words.

Yours Truly once again perfect that pop punk sound on Bruises, complete with wall-to-wall sing- along lyrics and a collaboration with DREW YORK of STRAY FROM THE PATH. York and Delgado harmonise flawlessly alongside each other, creating an atmosphere of dissonance that compliments the song’s combative theme of self-sabotage well, while the rhythm of drummer BRADLEY CRONAN and bassist TEDDIE WINDER-HARON matches every punch of established vulnerability right down to the piercing end.

“I wear my heart on my sleeve.” Delgado expresses.

is this what i look like? is a more personal release than Self Care, with more focus on her mental health issues whilst in solitude and reflections of her self-worth.

Full of bounce and flair, Careless Kind sees Delgado retaliate against advice given that she should be more carefree. “This is my dirty laundry,” she says. “It’s me saying I’m an anxious mess, I don’t know who I am but I’m trying to figure it out.”

That anxiety shows through as she explores her feelings of self-doubt and effectively compares herself to an old abandoned house. One thing that shines through this album is their approach to style…fearless and varied. Delgado embraces her own boundless limits of her voice and, in Careless Kind, impresses as she see-saws the scale in the track’s catchy pre-chorus.

JOSH FRAMCESCHI from YOU ME AT SIX appears on the ironically upbeat Hallucinate. They trade verses and come together brilliantly in an emotional chorus as they compare their overwhelming feelings of anxiety to the loss of control while inebriated.

If You’re Drowning (I’ll Learn How to Hold My Breath) is a passionate letter to the one you care about so much you’d travel through hell for them and exuberates a lo-fi fuzz aesthetic throughout. It has the appeal of well maintained structure, with the drops and tempo changes energising the track gloriously as well as the uplifting thrash of LACHLAN CRONIN‘s guitars and the crash of Cronan’s drums.

The final track Lights On is as fun and boppy as they come, with the band assuring you’ll leave with your dancing shoes on. The catchy bursts of sound and flourishes complement the way Delgado shimmies her creative words along to bring the album to a brighter close with the theme of acceptance and potential of positivity.

The confidence and skill of Yours Truly on this album is superb, and they certainly know how to make their marks with well-placed tweeks and unique aptitude. Their growth over the years has found their sound matured with the stakes raised in compositions, and they have absolutely nailed it. Delgado has wonderfully embraced her role as an artist, more so with an ingenious collection of inventive lyrics and full forced charisma.

“It’s called ‘is this what I look like?’ because after making it, I have a better understanding of myself”.

You love to see it.

PrevPrevious.PRIMITIVE Come Out To Play On New Song
Next.LESS THAN JAKE Spill The Beans On New SingleNext