Due out this Friday is the album Secrets has people talking; especially after Kerrang! premiered one!

Today we are featuring their latest video from Secrets, “As Long As It Takes”

The clip is shot and edited by Written By Wolves guitarist, Bahador Borhani and features New Zealand’s dance sensation, Natasha Katavich, in a dream-like video that demonstrates vocalist Mikey’s affection against what seems like memories and figments of imagination. 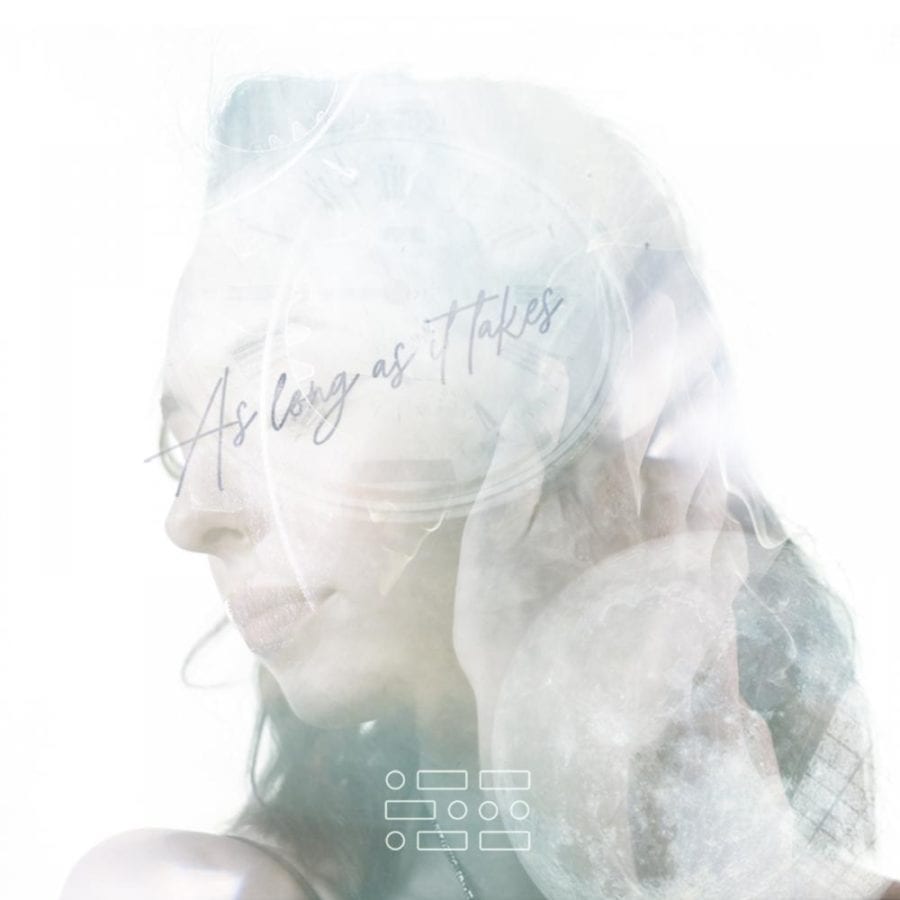 We loved the album so much we thought we’d get the band to give you a track by track rundown!

“Start The Fire”
We wanted something different to start the album, something that set the tone for what was to come but also didn’t give anything away. We felt that the lyrics to “Let It Burn” had such a powerful message that they would do just that. We also couldn’t resist opening the album with the lyrics “Tell me what you want to hear, I’m sick of trying to write the music to your ears. Tell me where you want to start, I’m sick of trying to fire this arrow through your heart.” This track is also where the morse code idea was born and has become our logo for this album.

“Let It Burn”
This track was written after the Christchurch Mosque terror attack in March. This event shook all of us and bought to light the racist and discriminatory norms that had become a part of our society. This track is about calling out those that perpetuate those ideas, no matter how big or small and realising that it is our silence and apathy that allows them to continue. It implores the vast majority of us whose job it is to call out these behaviours to be angry that we have to do so – ‘I’m so damn tired of putting all these fires out’.

“Tell Me What You’re Running From?”
This is one of the first songs we wrote for the album. Davie sent me through the initial idea for the song and I had the vocal melodies written almost instantly. With this album, we were trying to make sure that everything we wrote was as different as possible to anything we had done before and this particular song came very naturally in that regard.
The song is all about fighting your own demons and being honest with yourself about what is holding you back in life. It intertwines fear of failure and fear of success and ultimately talks about no matter what the short term gain in running away from your demons may be, it will never fix them in the long run.

“As Long As It Takes”
“As Long As It Takes” is a love song. It is about meeting someone that you have an intense attraction and connection to and realising that you will do anything and wait as long as it takes to be with that person. The lyrics are intended to represent the feelings, emotions and euphoria that come with a new relationship. Musically, this track breaks new ground for the band and is stylistically something we had talked about doing for a long time but felt we hadn’t had the right opportunity until now.

“Better Luck Next Time”
This a tongue in cheek play on the fact that no matter what you do, life is going to screw you and no one gets out alive. While we were writing this song I had this vision in my head of life being like a cheesy old school game show or video game and every time you won, you opened the prize door to find nothing behind it. However, the underlying theme of the song is to try not to take things so seriously – no one gets out alive so why not live a little…

“Secrets”
“Secrets” is about realising that we are all hiding how we feel and putting on a public face – smiling on the outside while bottling up the deep shit. It is about realising that the problem is not confined to the minority and has consumed the population to such an extent that issues such as mental health and suicide are near epidemic status. “Secrets” is about understanding that we are not alone in feeling this way and that it is time to change societal norms and open up about how we feel – to put more emphasis on talking to each other about things that really matter rather than how amazing we can make our lives look online.

“Something To Save”
This song is an indictment on the current state of the world and ultimately questions whether there will be anything left to save once we finally hit rock bottom. We have tried to mirror that sentiment with the intensity of the music, the light and shade of the arrangement and the chaos that ensues in the outro. We called in a lot of favours from friends to put the choir together but the sound all of those voices created was exactly what we had been hearing in our heads since the song’s inception.

“Lucky Stars”
The idea for this song was born from the countless messages we have received from fans telling us how our music has helped them pull themselves from a dark place or, in some cases, saved their lives. We all know the healing effects that music can have on people but I don’t think any of us ever thought we would be in such a privileged position. It is an incredible honour to mean so much to people and it is one that we are very proud of. But, as proud as it makes us, it is hard not to feel sad about the current state of society and how alienated a massive percentage of today’s society feel from it. But until we can work out how to fix that, we can continue to be grateful for the healing qualities that music possesses and the role that Written By Wolves can play in peoples lives.

The legend/genius, Thomas Oliver, lends his incredible talents on slide guitar and guest vocals to this song. He also co-produced the album with us.

“Demons”
This song is about battling mental illness, and more specifically breaking the addiction to the illness. As strange as that concept may sound, I have found that as unwanted as these feelings may be, sometimes it can seem like we don’t know how to live without them. The lyrics touch on the need to talk about what we are going through, bring unwanted feelings into the light and decide that the demons are no longer welcome.

“Help Me Through The Night”
This track questions the role of fate in the dark times. People often talk about fate in good times but not so much when things go wrong. It is about questioning your place in the world and hoping that the struggles you are going through in life aren’t ‘meant to be’. Once again though, the underlying message in this song is hope. Hope that what you are going through is not pre-ordained and is within your control to change.

“Be Careful What You Wish For”
This song is essentially a conversation within my own head and is about trying to work how to have it all and ensure that what you are striving for will not negatively impact what you already have. The crux of the song is probably the line ‘there’s nothing worse than a dream that becomes real’ and how the reality of a dream and the things we want in life are not always what we may have envisaged.
This is the only traditional guitar solo on the album as well and the boys absolutely let rip…

“The Way Out”
Written By Wolves has always been about intertwining genres and this track sees us delve further into the electronic side of our sound than we have gone before.
It is once again a commentary on the state of the world and how quick we are to tear people down once we have built them up – especially online, with the chorus being an emphatic challenge to try and change that.

“Forever & Always”
I know you aren’t meant to pick favourites amongst your kids, but this is probably my favourite on the album. The concept behind this song is no matter what you are going through, no matter what is happening, if the world was about to end, who would you want to be with. I felt that the situation and sentiment would strip your thoughts and decisions down to their most truthful and pure. From there, we set about creating a piece of music befitting of the sentiment. It wasn’t always intended as the closer for the album but as the song and the production evolved it became a bit of a no brainer.