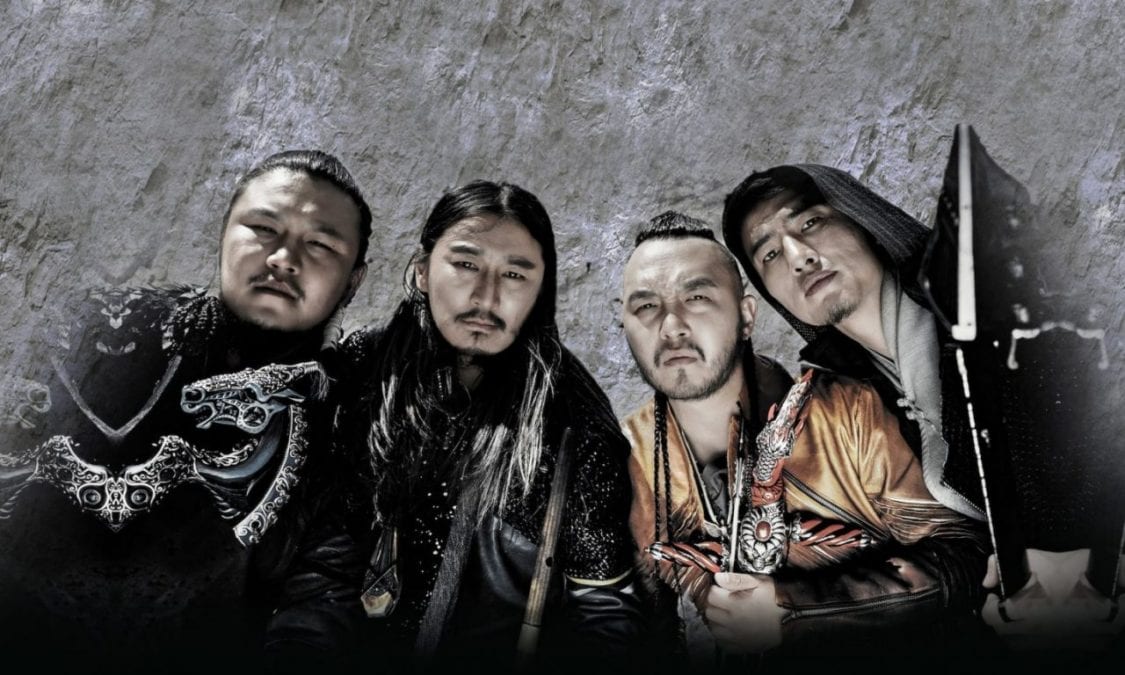 Who Are THE HU?

The band on everybody lips at the moment are Mongolian folk metal outfit The Hu. The band have lighting up stages across Europe this festival season with their unique sound which features traditional Mongolian instruments and throat singing mixed with everything that we know and love from the traditional heavy metal sound. Now with their debut album The Gereg about to drop HEAVY Mag caught up with the band to find out a little more about them.

The interview begins with me asking about the unique sound that the band has created – a sound that has been given the name Hunnu Rock and has formed its own genre. “The “Hunnu Rock” is Eastern meets Western, old meets new, and traditional meets modern,” says Gala. “Our traditional music has heaviness in it for thousands of years. We want show the world that you can sound heavy without using so much distorted guitars. Our inspiration is our ancestors and their cultures and history.”

That quickly leads to a discussion talking about the amount of traditional instruments and of course the throat singing which brings much of the uniqueness to Hunnu Rock. “We use Morin Khuur, Tovshuur, Tumur Khuur, Tsuur, and Khengreg. They all have their own unique sounds and they’re all crucial to our genre,” he explains. “Throat singing has been a Mongol technique for generations. Our grandfathers, fathers, mentors always did it. We genuinely respected that it came from our ancestors and wanted to respect and honor them while attempting to master the technique. We practiced this style for years since we were kids to be able to control it, apply it and now we’re infusing it into our songs because it feels natural to us. It’s who we are, it’s what we know, it’s where we come from. It comes from an honest human place that we’re proud of and comfortable with. We’ve had many non-Mongolian fans come up to us after a show and Throat sing with us. We love it! Many are actually really good at it.”

While some will be very quick to label The Hu a gimmick – this is actually a band that needs to be taken seriously in the folk metal genre the same way that bands like Eluveite and early Soulfly have been. The impact that the band have had on the European festival circuit has not been lost on fans or the band themselves. “After playing in front of so many amazing crowds in Europe and the UK, we feel so much connection, love and support,” he says Our fans chant with us, they sing with us and they mosh with us. After our headline shows we are so exhausted but we still go to the merch booth so we can meet and take pictures with every single fan and supporter of our music because we love them, and we want them to know our gratitude. They are so important to us. We feel as they are our family. And we want them to know we love and appreciate them.”

Now that festival spirit is about to spread to America… and perhaps Australia in the not too distant future. “We’re about to start our North American tour which will have almost 60 shows including some amazing festivals.  We are so excited to see our North American fans and have some unforgettable experiences together. We’ll surely see our Australian fans sooner than you think.”

But before Australians get ready to see The Hu live we are lucky enough to be having their debut album The Gereg dropping here next week. The band are very quick to explain where the unusual title comes from. “The Gereg is the first diplomatic passport introduced to the world by our ancestors,” he explains.  “In the 13th century a person who had the Gereg could travel many countries without any harm and restrictions. We named our album The Gereg so that we can travel to every country in the world freely and share our music with everyone.”

The band are also very quick to acknowledge that much of the band’s succsess and sound can be contributed to their producer Dashdondog Bayamagnai who is commonly referred to as Dashka. “Dashka is considered a member of the band even though he’s not on the stage with us. We have a great relationship him,” says Gala. “All of our songs were recorded at our Dahska’s studio Nature Sound studio in Ulaanbaatar, Mongolia. Recording process is very natural and most of the time it’s inventing something new.”

With the interview very quickly wrapping up Gala and the rest of the band’s message to Australia is a simple one that should also be getting us very excited. “Thank you for all of your love and support! We love you and will see you soon!”

The Gereg is released on September 13th.