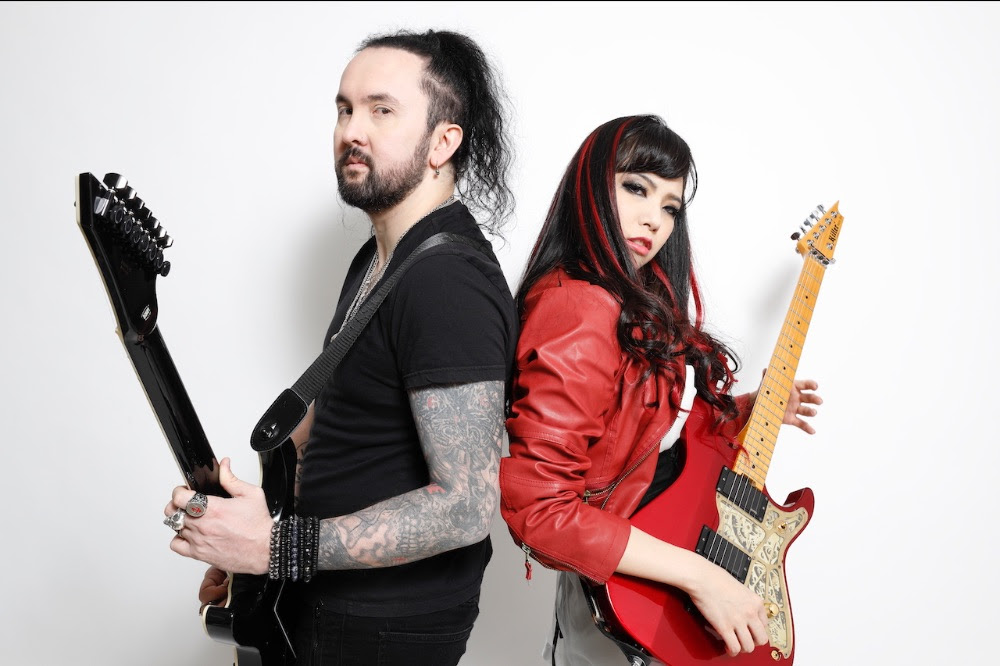 When Worlds Collide With AMAHIRU

Amahiru are a new musical powerhouse that can trace its genesis back to a time when bands were still touring and live concerts were a regular event.

Not long ago but it feels like an eternity.

On that fateful night, Mary’s Blood from Japan were supporting Dragonforce and two of the respective members struck up a friendship based on mutual respect that simmered from that moment before culminating in a writing and recording session in Japan last year with the result being the band and debut album Amarihu.

Those two members were Frédéric Leclercq (Kreator, Sinsaenum, Ex-Dragonforce) & Saki (Mary’s Blood) with the pair creating an irrepressible musical connection of East meets West that has translated beautifully to verse.

Coen Janssen of Epica was the first to join. Then came Mike Heller, extraordinary drummer of Fear Factory and Raven and last, but not least, Archie Wilson joining on vocals, adding an essential part to Amahiru’s music with his powerful voice, his great sense of rhythm and his versatility.

Despite the musical pedigree of the collective members, it is possibly the lesser-known of the star-studded line-up that elevates Amahiry from being an assembly of well known and talented musicians into a cohesive unit that looks set to take the music world as prisoner to their sonic embrace.

Wilson – who was in Australia late last year as vocalist for the touring Disturbed tribute band – has shone majestically on the already released singles from the upcoming album, displaying an assurance and quality that belies his relatively unknown status.

“He’s amazing,” Leclerq agreed. “I think he’s the… every aspect of the band… I wouldn’t say he is the only reason, but he is one of the reasons why the album sounds so good in my opinion. While we were writing stuff we had someone else in mind. Originally we were gonna ask Mark from Dragonforce but the more we were writing music we thought he wasn’t going to fit so we needed another voice but I couldn’t think who was going to do that. Then ping! The light went off and said ‘how about that Archie guy that I met? He’s pretty cool and has a great voice’ so I sent him a song to try which was “Bringing Me Down” and we received his version and said that’s it. It was exactly the element we were missing to make the album. We have a song like “Samurai” that is very thrash, then a song like “Lucky Star” is very prog and then you have “Bringing Me Down” which is more groovy and has some extreme elements and Archie makes the whole thing. He was the missing ingredient to make everything sound so organic and the feeling of the band. He’s got an amazing voice, very versatile, he can be very aggressive and has a great sense of rhythm. A very powerful, manly voice that can reach high notes as well but remains powerful. He’s just an amazing singer”.

In the full interview Fred talks in greater detail about the album musically, runs us through the couple of songs already released and if they are a good representation of the album as a whole, recording the album in Japan and the writing process with Saki, playing multiple instruments on the album and who he thinks will fill those roles when the band eventually makes it back on stage and more.