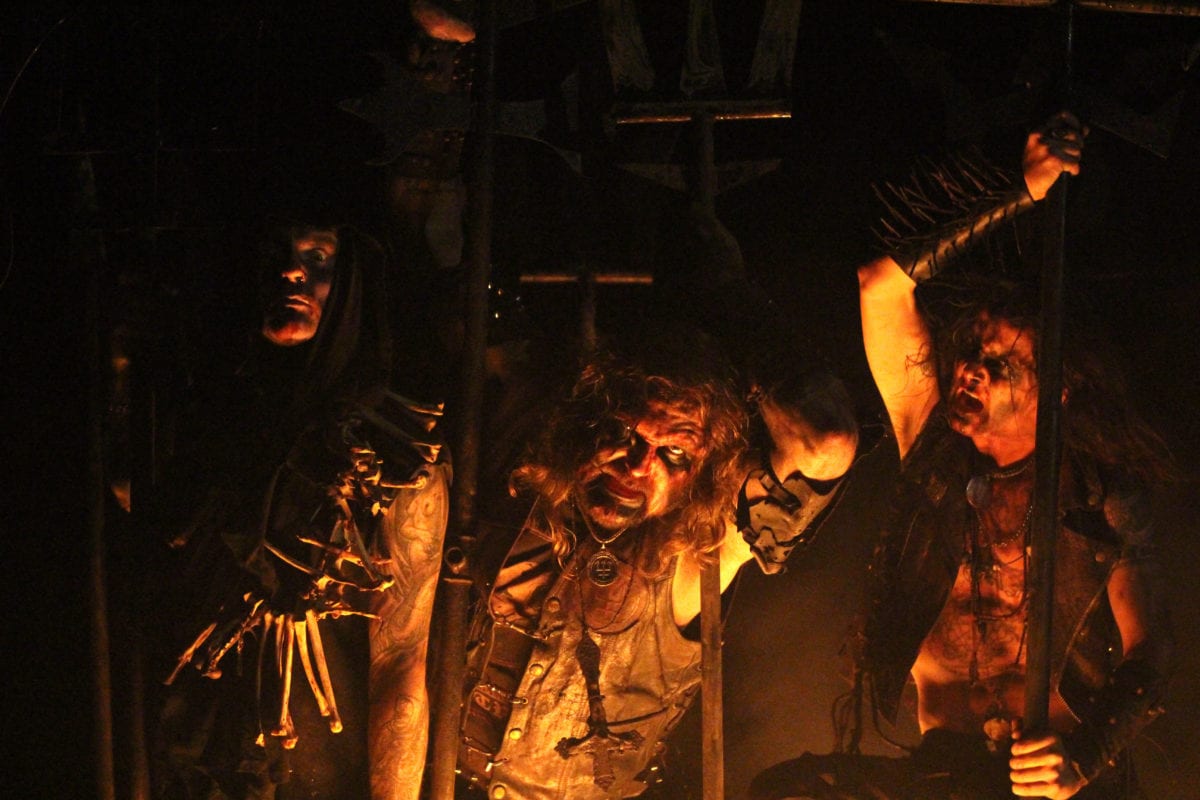 Sweden’s greatest and most notorious black metal band WATAIN announce details of their 6th studio album, TRIDENT WOLF ECLIPSE, to be released on January 5 2018 through Century Media/Sony Music Australia.
PRE-ORDER TRIDENT WOLF ECLIPSE HERE
The album is available as LP, Standard CD, limited CD Digipak, digitally as well as a super limited deluxe box set. Check the links below for detailed information on the different formats and their content.“After 20 years of carving our own path through and out of the world, Trident Wolf Eclipse feels like a worthy point of arrival indeed. One of power and force, shining a new harsh light upon all that has been, those that perished along the way, the life altering struggle and triumphant ecstasy of Watain. Trident Wolf Eclipse is however not about the past, nor the future, it is about here and now, and we sincerely look forward to show you all what that implies. To all those that are as impatient as we are for that day to come; Thank you for your unending support and see you soon.” – Watain, October 31, the year of our Lord 2017
Watain … Still untamed, always hungry and more dangerous than ever before.
First single, Nuclear Alchemy is available now.

Watain was formed in 1998 in Uppsala, Sweden.
The trio of E. Danielsson, P. Forsberg and H. Jonsson has since then constituted the core of the band.
While Watain indeed originates from and thereby belongs to the traditional codex of Satanic Black Metal it should also be seen as a culturally unbound expression and manifestation of force, struggle, lawlessness, darkness, freedom and ecstacy.

Their live shows are infamous throughout the world for being one of a kind, state of the art ceremonies of wild Black Metal frenzy, where the solemn and sacred collides with raw power.

During the past 20 years Watain have established themselves as one of the most hard working and uncompromising bands within the worldwide Black/Death Metal scene.