‘Invisible City’ is the 10th studio album from China’s leading instrumental rock band Wang Wen, whose international audience has grown tremendously since 2016’s ‘Sweet Home Go!;’ a dark, bleak and melancholic sonic journey. It comes as a bit of a surprise that Invisible City has a much warmer overall feel to it, and even more so since the album was recorded at Sundlaugin studios in Iceland in January… not exactly a warm place. Check out their lead single, ‘Mail From The River’ below!

“We are a group of people who are always affected by the surrounding environment”, comments guitarist Xie Yugang. “There was a small river running outside the recording studio in Iceland. We recorded our album during the coldest time in Iceland, but because of its special geothermal resources, that small river didn’t freeze. When we looked at it from afar, it seemed to be enveloped in a shroud of water vapor. That small river made a lasting impression on me somehow, it became a symbol for hope”.

WANG WEN hail from Dalian, a grim city in the North of China where large groups of young people currently move away towards more prosperous regions of booming China… a depressive environment, as Yugang confirms. Invisible City is WANG WEN’s proud and conscious statement against the all-surrounding depression, and also to some degree a declaration of loyalty towards their home: it is an album full of hope. The recordings of Invisible City were completed once again under the supervision of Belgian
producers Wouter and Lode Vlaminck, with whom the band had worked with already on the previous album. „This time we had a deeper understanding of each other”, Yugang says, “and we trust each other deeply. Before we got to Iceland, we exchanged ideas on how to record the album, in hopes that everyone would be able to bring their own feelings regarding Iceland and this particular studio into a sort of re-creation process while recording in the studio.”

Check out these Vlog posts from the Iceland recording sessions:
Episode 1:
[youtube https://www.youtube.com/watch?v=r0ozPH3pL04&w=560&h=315]

This worked out well, the entire album was recorded within 10 days only. “Even though we had to work for over 12 hours a day, we didn’t feel tired. In an atmosphere like that, we made an album that evokes a feeling of warmth as we were hoping for, despite the polar nights outside of the studio walls”, Yugang concludes.

The artwork of Invisible City was done by award-winning Chinese illustrator Cen Jun, who lives in New York. When the band approached him, the artist confessed to being a big fan of WANG WEN, who have been selling out 1500-capacity venues across China on their recent tour. Cen Jun, who has worked for GQ, Vogue and the NY Times, created 4 exclusive paintings for Invisible City, perfectly complementing the works of a band that take outstanding care not only of their music, but also of the visual and haptic aspects of their art. 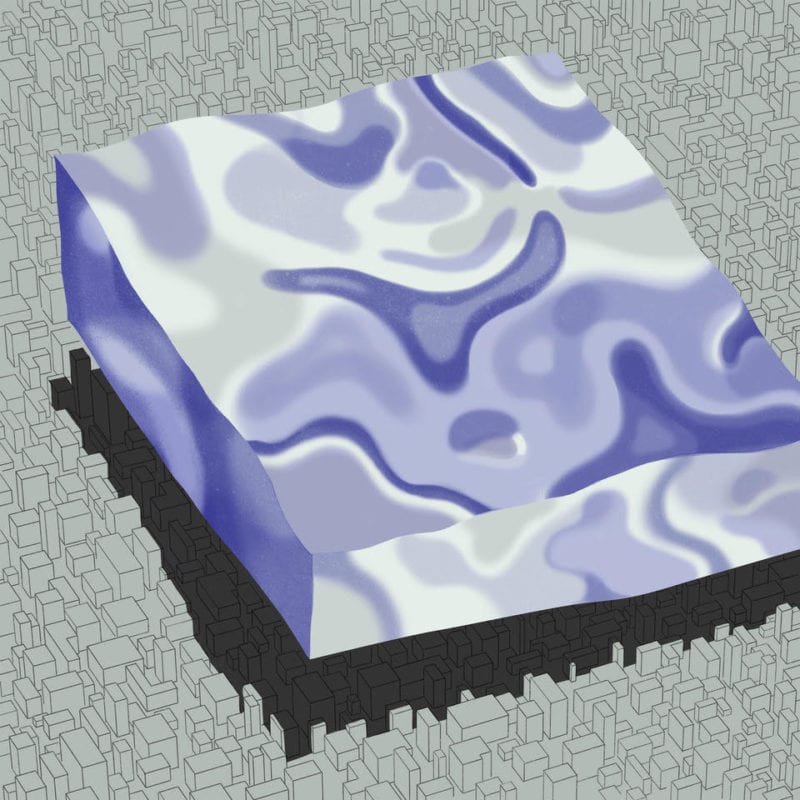