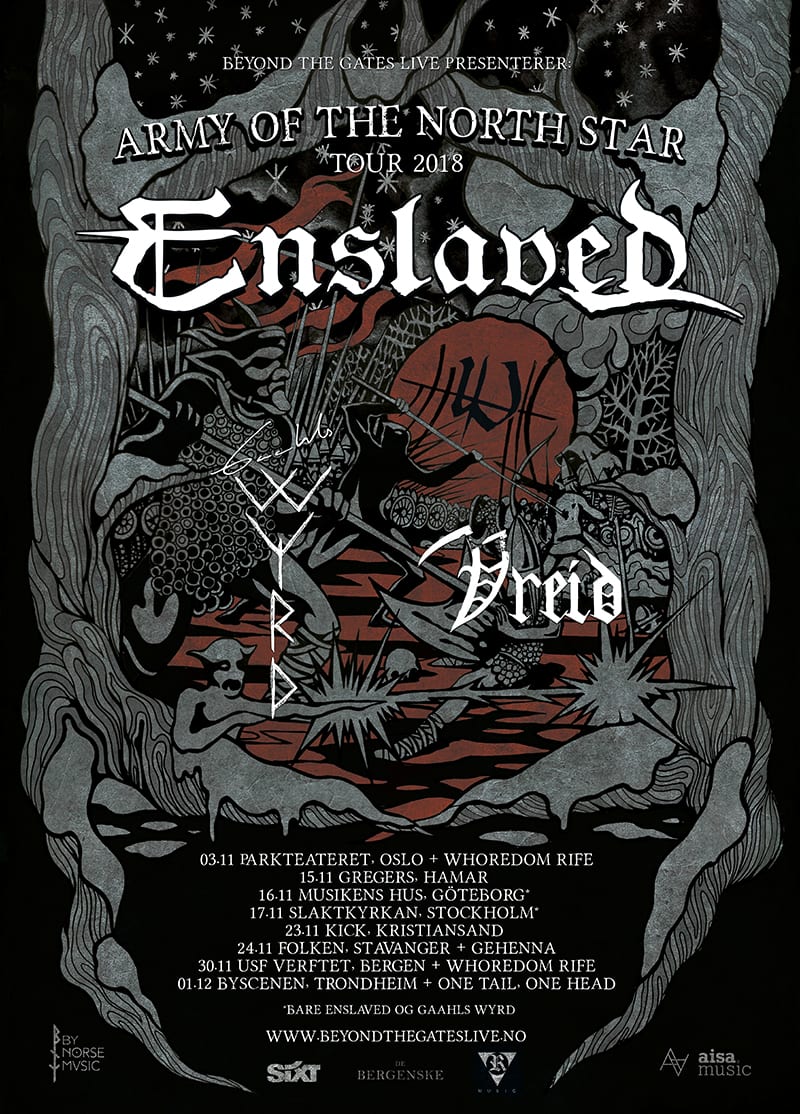 In collaboration with Beyond the Gates, VREID have announced a string of Norwegian tour dates together with ENSLAVED and GAAHLS WYRD. The ‘Army of the North Star’ tour will kick off at the Parkteateret in Oslo on November 3rd, and will continue to hit several stages throughout the country until a final curtain at the Byscenen in Trondheim on December 1st. 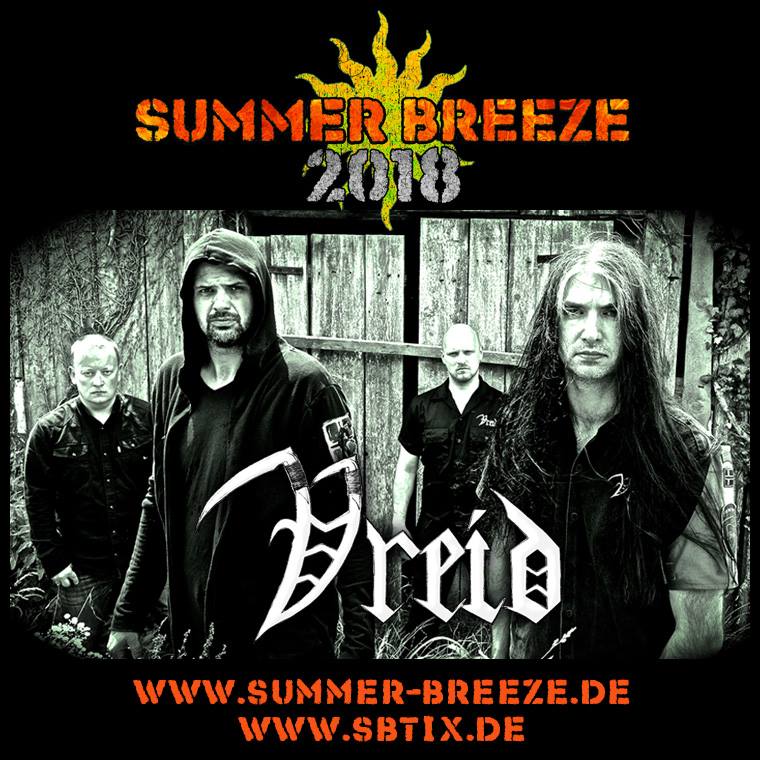 Season of Mist have previously announced the signing of VREID. The Norwegian black’n’roll veterans will release their highly anticipated next album through Season of Mist.

VREID comment on the signing: “We are extremely pleased to get signed by Season of Mist. Like us, they have been around for years, and we have a strong relationship to their people and admiration for their work. We are well on our way with our new album, and are very proud to have Season of Mist as a partner when we will launch the upcoming beast. Our march continues.”

VREID were formed in 2004. The Norwegian metal brigade rose from the ashes of WINDIR after the tragic perishing of the “Sognametal” legends with the declared mission of exploring new musical paths.

The Norsemen proved true to their words and have delivered 7 albums and one DVD, which each received high praise from critics and fans alike. VREID chose a course of constant evolution that is marked by thematically denoted phases regarding their often historically inspired lyrics.

This became particularly clear with albums number 3 and 4, ‘I Krig’ and ‘Milorg’, which both revolved around concepts dealing with resistance and liberation of Norway during World War II. With their following three records, VREID returned to their Norse roots, of which particularly their latest full-length, ‘Sólverv’ received highest critical acclaim.

VREID have hammered out their success partly by being a heavily touring band. The four-piece performed more than 500 shows in 25 countries so far. Their everlasting march to conquer new territories has led the Norwegians to headline tours in Europe, North America, Japan, and India.

Currently, the veterans are working on new material and will record their eighth opus this autumn. Composer and mastermind, Hváll has already announced that “…it will be one hell of an album. After more than 20 years of playing together our spirit is stronger than ever and we can hardly wait to get in studio again to give birth to our new creations”.

VREID‘s style is often referred to as “black’n’roll” and Metal Hammer UK described their music as “a unique time travel in metal” as elements of 70’s rock, 80’s classic metal, and Norwegian black metal are all clearly audible.”

VREID will release their forthcoming album in 2018 via Season of Mist.

PrevPrevious.New SICARIO: DAY OF THE SOLDADO Trailer Released
Next.We Go Behind The Scenes Of SOLO: A STAR WARS STORYNext