Coming off the back of a U.S stadium tour last summer with Metallica, and then their own stadium tour of Europe and Scandinavia, Michael Poulsen described playing at the 1,500 capacity O2 Ritz as “A different kind of fun”. And not only was that plain to see, but the band made sure every single punter in this unbelievably hot venue had just as much fun as the four guys on stage! 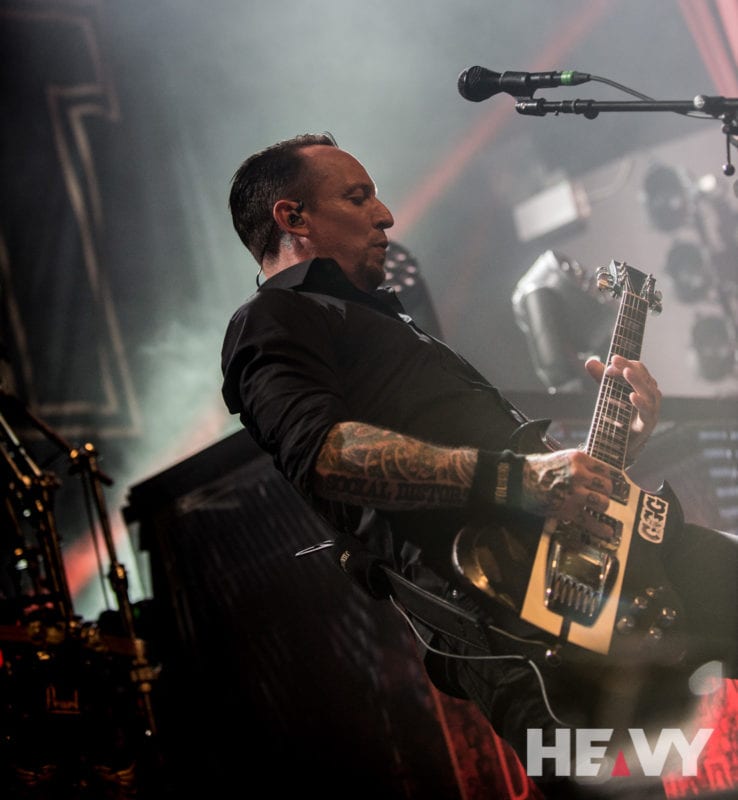 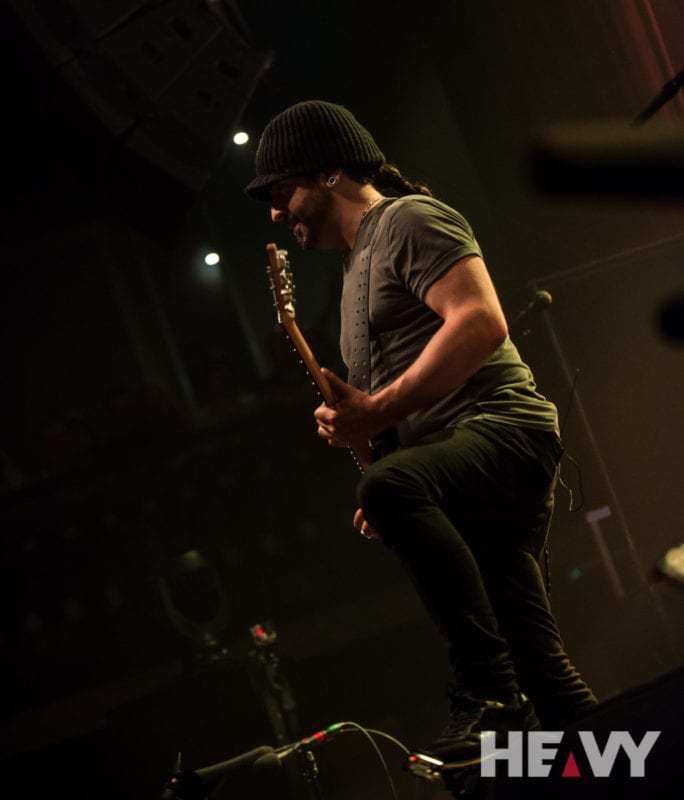 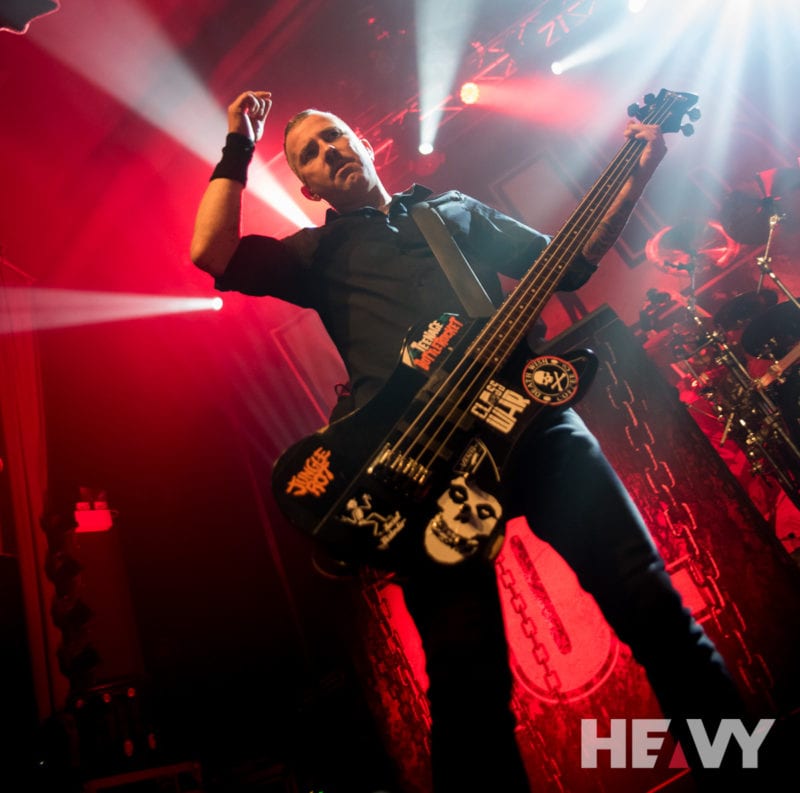 Speaking to Michael before the doors opened, I mentioned to him that their performance at the 2013 Download Festival was a springboard for Volbeat in the UK. That show elevated them to a different level instantly. Next week they play Download again, and if tonight’s performance is a benchmark then every other band on the bill will have to step up their game or get left behind!

There was no boxing ring stage tonight. No theatrics. No flames even. Just pure, heavy rock n roll. The legendary sprung dancefloor of the O2 Ritz ensured that the place was literally bouncing from start to finish! ‘The Devil’s Bleeding Crown’ kicked off proceedings, at which point my three height restricted friends decided they needed a better vantage point. After walking the length of the balcony and back to ground level, we settled on just behind the mixing desk. Me being 6’ it was a perfect position to view the whole incredible show. Not so much for my vertically challenged friends, who caught the odd glimpse of the stage. A problem Volbeat obviously recognise by inviting every child in the room onstage for the last song of the night ‘Still Counting’. A lovely touch and a moment every one of those kids will remember forever. Even though half of the kids on stage were taller than my adult friends! 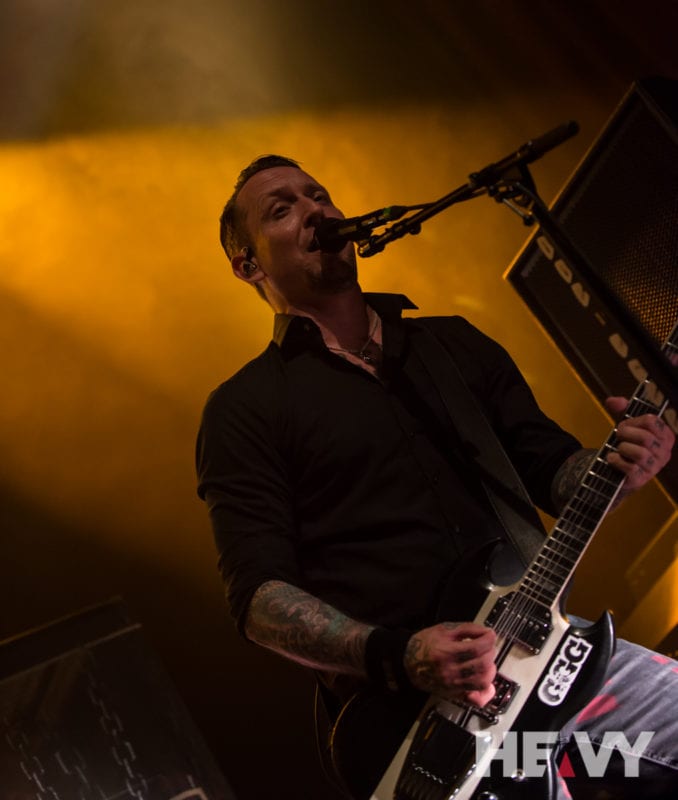 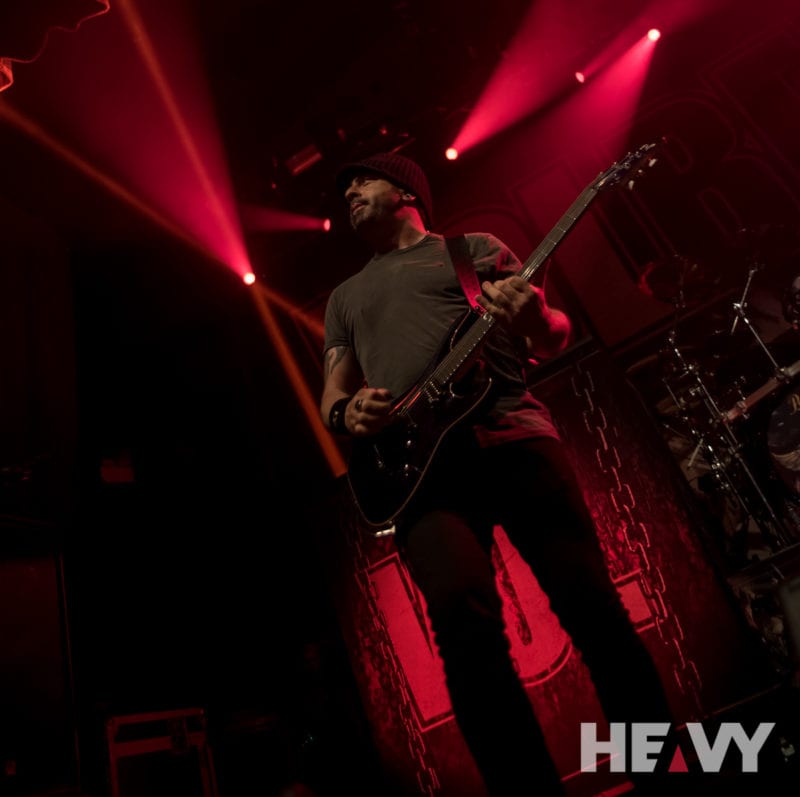 Along with the 18 songs taken from their illustrious back catalogue, Volbeat play a brand new tune ‘The Everlasting’. Not as melodic as ‘Lola Montez’ or ‘Black Rose’ and not as heavy as ‘Evelyn’, ‘The Everlasting’ is somewhere in-between. As expected the Manchester crowd stood nodding, listened and appreciated.  Once the next album is released in 2019 and ‘The Everlasting’ is a staple of a Volbeat live show, the crowd will go just as crazy to this song as they do every other!

With at least one song taken from each of their six studio albums, this was indeed a set full of Volbeat’s ‘greatest hits’. I can’t think of one song I wanted them to play that was omitted from the set. I was even happy for them to leave out ‘Maybellene I Hofteholder’, for in its place we were rewarded with ‘Pool of Booze, Booze, Booza’ occasionally played, always loved!

As much as I love and prefer Volbeat’s more melodic songs, one of the highlights tonight was when Barney Greenway of Napalm Death joined them on stage to growl through the aforementioned ‘Evelyn’.  A song played live only when Volbeat have a guest vocalist. I wonder why! To say that was a highlight doesn’t mean there were any low points in the 105ish minute set. From the intro music of Motorhead’s ‘Born to Raise Hell’ through ‘Sad Man’s Tongue’, ‘Fallen’ and ‘Goodbye Forever’ to the last double kick drum ending of ‘Still Counting’, a Volbeat show is a rock n rolling joy throughout. 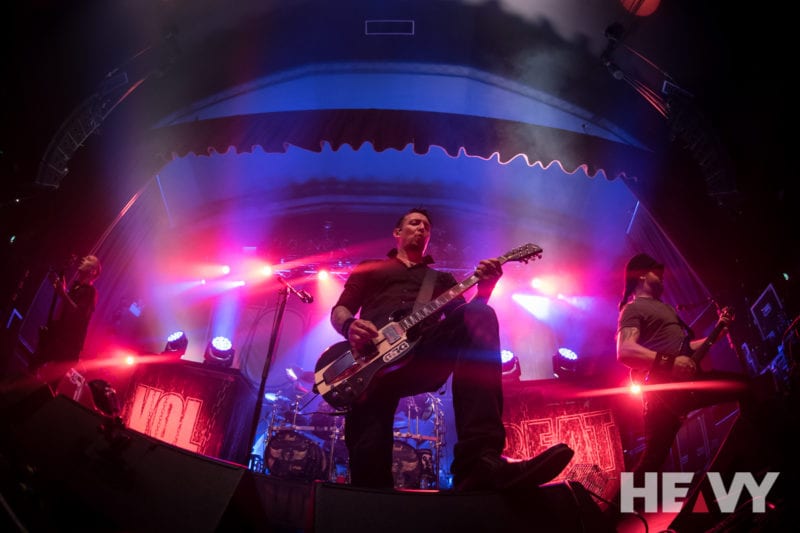 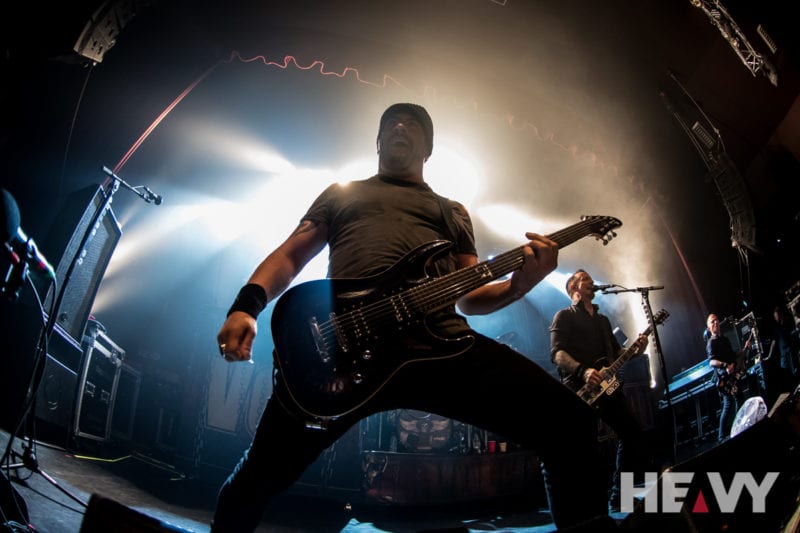 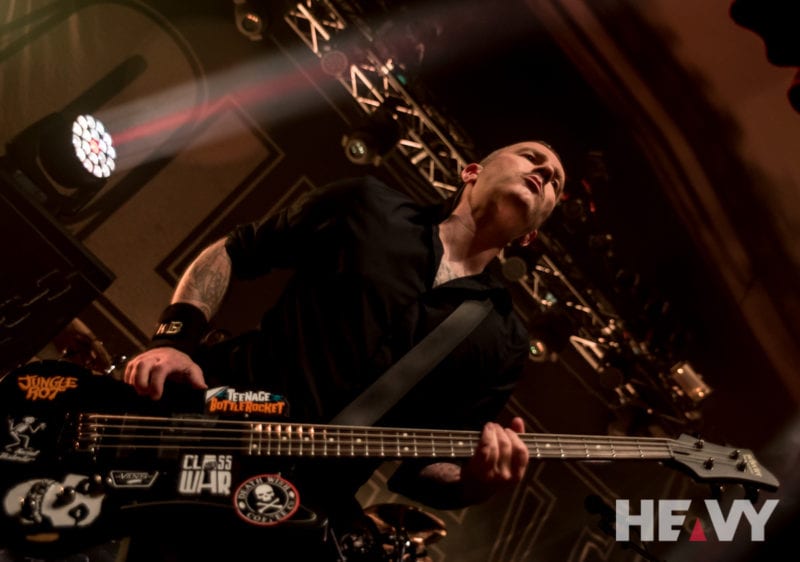 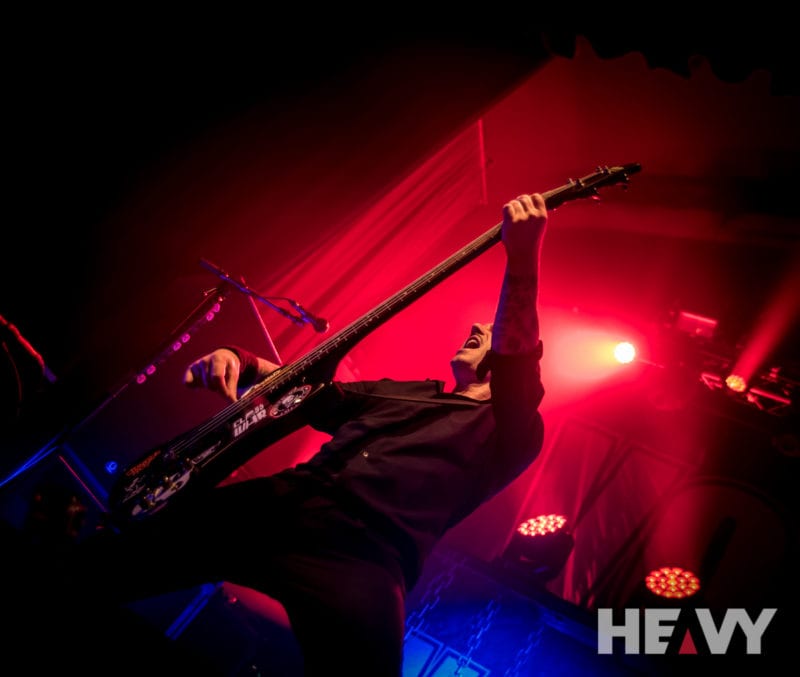 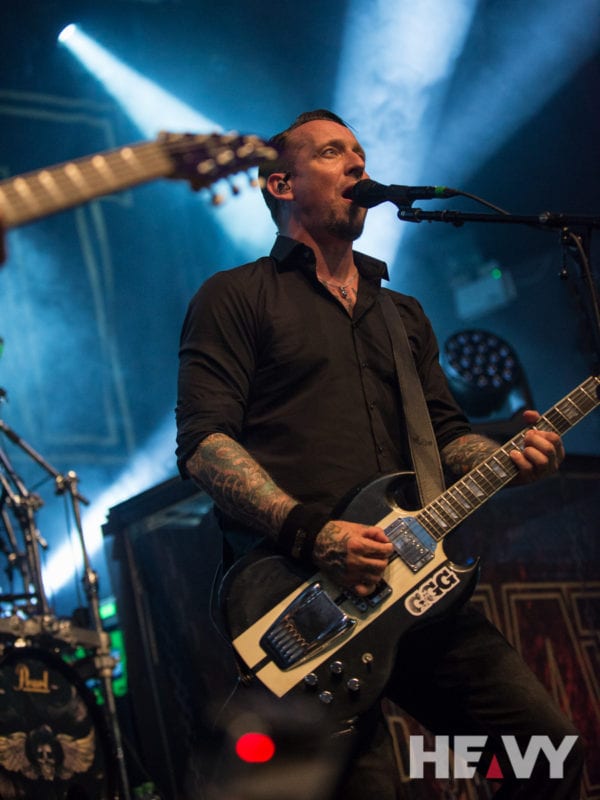 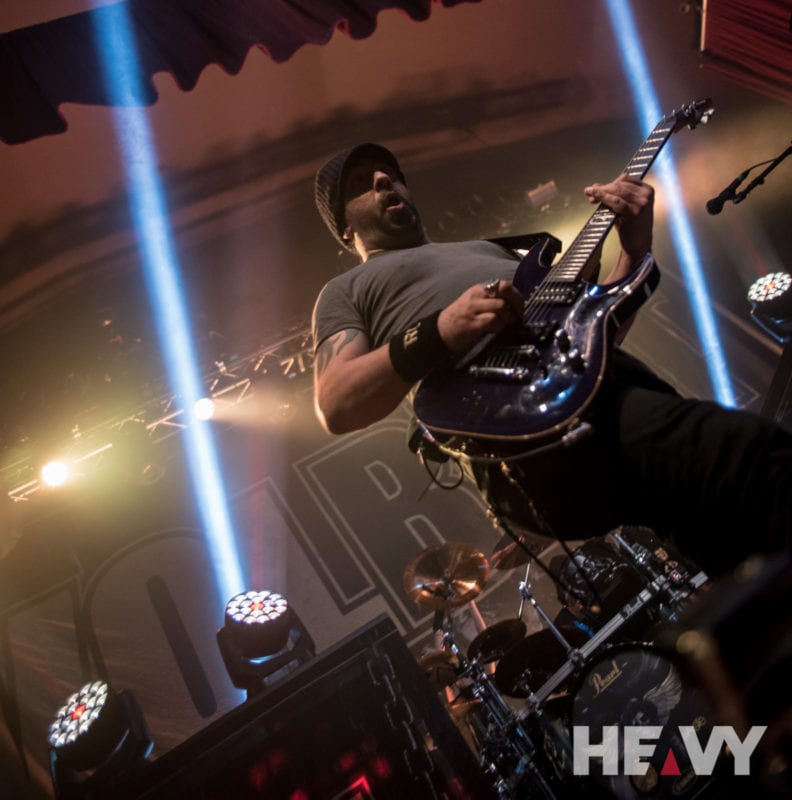