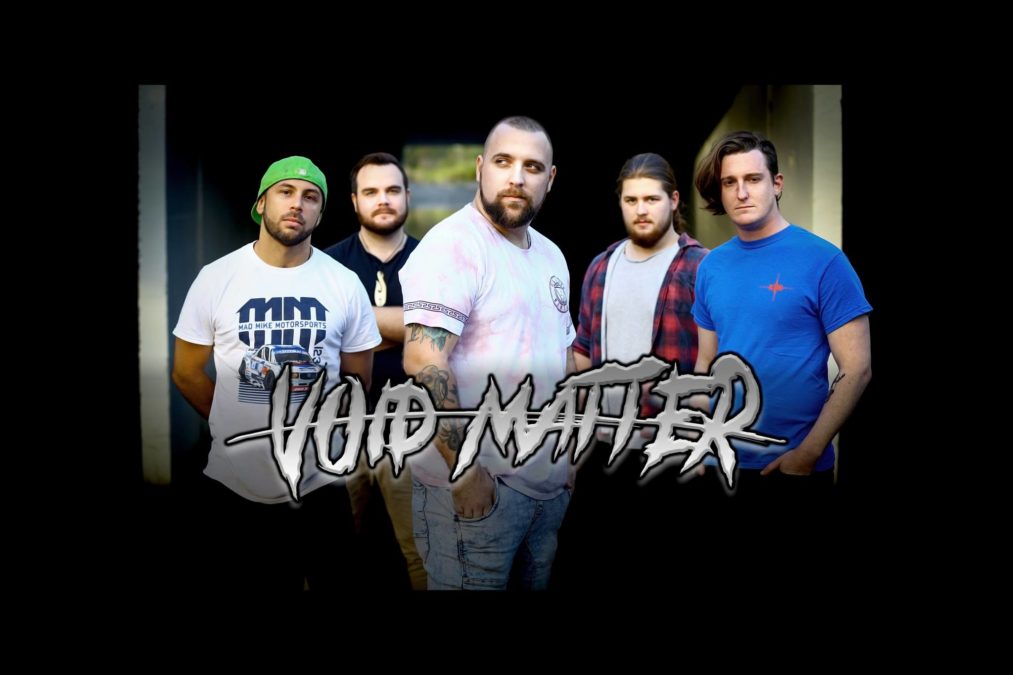 VOID MATTER “Everything & Nothing”

Brisbane metalcore outfit Void Matter certainly don’t pull any punches when it comes to their music.

This five-piece juggernaut is an amalgamation of many styles and genres without staying within one parameter long enough to be labelled.

Because of this they have a sound that is undeniably their own and are all the better for it.

After vowing to utilise their recent downtime to best effect, Void Matter focussed their attention on recording their new EP Everything & Nothing, a delectable six-song offering that sweeps you on a heavy metal journey, taking the best parts of Void Matters chosen sub-genres and battering them into submission.

Opening with “Harakiri”, Void Matter make their intentions known from the outset, pummeling you into submission before even getting a chance to raise the white flag.

It is easy to see why they chose to lead with this song as it contains all of the elements that mould Void Matter and throw them recklessly against the wall without giving a fuck if it sticks or not.

Heavy riffs and thunderous drums punctuate harmonious interludes, with a well placed vocal breakdown towards the end of the song that ensures it doesn’t labour to an expected conclusion.

Each song on Everything & Nothing generates a life of its own, with “Unbreakable” exploding into a swirling sea of musical madness with layered harmonies that almost paint a grim picture of eternal suffering just through music alone.

The contrasting vocals of Crispy Stowe (harsh) and bass player Luke Thompson (clean) provide moments of respite which are quickly overwhelmed by periods of mayhem but at no stage does the union feel forced or rushed.

This is best typified on “Deathgrip” which reverses the conventional twin vocal attack led by harsh singing by instead starting with clean, purposeful vocals that play and feed off Stowe’s more aggressive nature.

Album closer “Numbered Days” is a guitar-driven monster that quickly denigrates into familiar territory, but the tempo change midway through shows that Void Matter are not merely content to play to their obvious strengths.

They are a band still experimenting with their sound and based on what is on offer here the possibilities are endless.