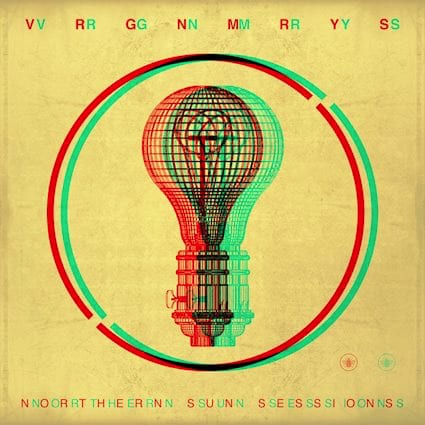 Northern Sun Sessions, The Virginmarys’ latest LP offering, is claimed to thrive with the voltage of their live performances more than any of their previous studio work. An album that blurs the boundaries between indie, punk and blues rock with the dexterity of Picasso smearing the certainty of the human form, The Virginmarys have achieved a fresh-faced spark in the often-jaded landscape of budding contemporary rock.

Opening track “Look Out For My Brother” leads with an anthemic choral hook that haunts with the eerie tones of early Arctic Monkeys, yet is jagged with the raw rasp of vocalist Ally Dickaty. “Look Out For My Brother” recklessly unseals the stitches of an emotional wound, instigating a tone of ruthless candour that pervades throughout the album. Pursued by the percussively frenetic, fearlessly charging “SOS4UNI”, The Virginmarys pair a glacial vocal hook with incendiary vocal rage to create a track that is atmospherically perturbing, further emphasising the jarring emotional honesty behind their music.

“Blind Lead The Blind” flashes the listener with a bleak noir, flouncing between velvet candid vocals and heart-wrenching roars before leading into a frenetic punch of blues-country guitar eruption in “Get Me Back Home”, providing a juxtaposition of sunny tones with themes of psychological desolation. This is followed by the profound, understated “Northern Sun”, which radiates illuminance via a desert-heat riff that’s eventually accompanied by bruising percussion from the other half of The Virginmarys medallion, Danny Dolan.

The joy of this album comes in its twists and turns down various avenues that remain true to The Virginmarys’ unabashed attitude manifesto, yet splash the canvas of Northern Sun Sessions with different shades of symphonic paint. From the gritty indie garage punk of “Eye For An Eye”, to the serene atmospheria of “Wanna Be Free”, to the Brit rock tinge of “Step Up”, The Virginmarys provide a sophisticated pilgrimage of musical vibrance.

Whilst The Virginmarys are renowned for thrilling outside of the studio, Northern Sun Sessions is sure testament that they can channel their remorseless performance temperament into an album of bare, enflamed emotion.

Get your tickets here: thevirginmarys.com/shows

PrevPrevious.THERION At The Manning Bar, Sydney On 14/09/18
Next.METAL FEST at Max Watts, Melbourne 4/8/18Next