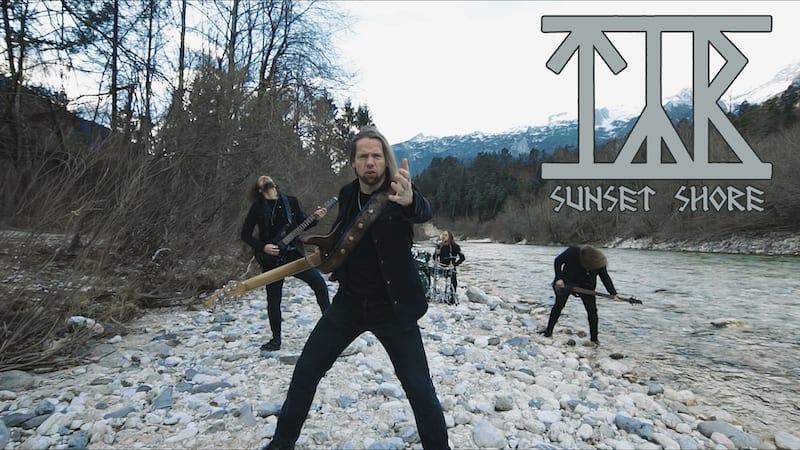 On March 8, the Faroe Islands’ Tyr will release their eighth full-length, Hel, via Metal Blade Records.

Hel is a collection of ruthlessly melodic and irresistibly compelling progressive folk metal that will immediately resonate with any who have followed the band at any point over the two decades of their storied career.

Týr vocalist / guitarist Heri Joensen comments: “In early January, immediately after spending our holidays in the Faroes, Gunnar and I traveled to Hungary to our bandmates, Tadeusz and Attila, in Budapest. Finally, it was time to shoot another video, our first since 2014, and we’re very happy to present this one to you!

“The Hungarian film production crew, Mihaszna Film, arranged the trips, starting from Budapest and going first to the Julian alps in Slovenia. In the fields and rivers of the snowy mountains we had some amazing scenery for ‘overworld’ part of the video. A few days later we traveled on to the caves of Szent-István in northern Hungary, and deep underground we found some dark and gloomy caves to be the perfect backdrop for the underworld part of this video.

“Terji wrote ‘Sunset Shore’, for our upcoming album, ‘Hel’ – to be relased on March 8th, and he plays the solo on the album version, but not in this video. We decided it was the perfect opportunity to introduce you all to the amazing talent of Attila Vörös, who recorded his own version of the solo a few days before the video shooting. The lyrics, written by me, are about how the mind can sometimes be a windswept and weatherworn landscape, and how the only thing to do, in spite of hopelessness and despair, is to aim for a better place and to work towards better times.

“We hope you enjoy the result!”