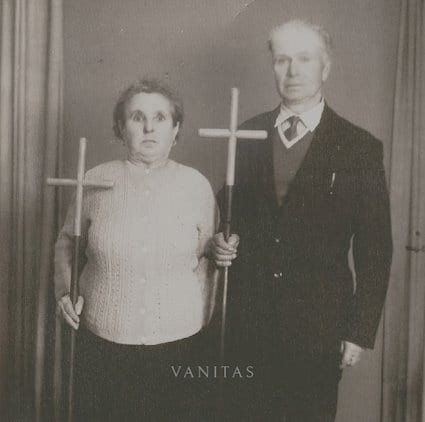 Polish black metal outfit, In Twilight’s Embrace have just dropped their fourth full-length album, Vanitas, through Arachnophobia Records.
As you would expect, the album is very dark. While this isn’t a distinct change in direction for the band, vocalist Cyprian Lakomy explains the underlying themes:

“Having confronted several deaths of family members and friends made me realise the true weight of mortality… death is an opportunity to ask questions about the here and now, and what kind of legacy – if any at all – we are possibly leaving”.

With that in mind, the band has managed to strike a fine balance between showcasing their technical ability and creating atmosphere, resulting in an album that is very listenable. Vanitas is a crucible of blast beats, rapid rhythm guitar, fluid tempo changes, and haunting melodies.

While black metal is renowned for speed and aggression, the slower track “Trembling” is a mind-blowing trip in itself and is one of those songs that when you hear it for the first time morphs you from a casual listener to a rusted-on fan of the band. It certainly doesn’t feel out of place, and only adds to the atmosphere of the album.

Other stound-outs are “Fan The Flame”, “Flesh Falls”, and killer closing track, “The Great Leveller”, which on its own is a great track, but at the same time, serves as the zenith that all the other tracks have been building to. Vanitas is the perfect follow-up to the critically acclaimed, The Grim Muse. It exhibits all of the band’s strengths with solid songwriting, implacable riffs, powerful rhythm, and vitriolic vocals.