If you see some musicians pacing a bar like a caged lion over Christmas, don’t panic it will just be the boys from Twelve Foot Ninja. As HEAVY Mag found out recently when we caught up Kin Etik as the band prepare for their Australian tour and to unleash some much anticipated music on their fans.

“It is an itch that needs scratching… regularly,” he says with a laugh when we talk about touring. “We’ve been slacking… actually we haven’t been slacking we have been writing an album. We’ve pretty much had the year off – our last show was in February I think and that was in New Zealand. But yeah it has been awhile, it has been too long between drinks… in fact it has been too long. So it will be good to be out there and scratch that itch and to be honest we are absolutely stoked that we get to play Download as well, that is a bit of a bonus.”

“It is funny because we are a band who aren’t normal by any stretch,” he explains when we talk about that ‘caged lion’ feeling that comes with the band in the studio rather than out on the road. “Currently we are recording an album but it is via correspondence, so we aren’t all the same studio hashing out ideas. We actually piece it all together via emails and phone calls, but being stuck inside a studio or inside your own home you just get that insane push to back out there and play because for me, and I can’t speak for the rest of the band, but the greatest thing about being in a band is getting back out there on the stage and communicating with people and chatting with people. Because then you feel like you are out there amongst it and you feel that there is a momentum happening… there is all of those things. Personally I do feel like a bit of a caged lion… so I can’t wait.”

Twelve Foot Ninja’s album will be out sometime next year and all the details for their tour can be found below. 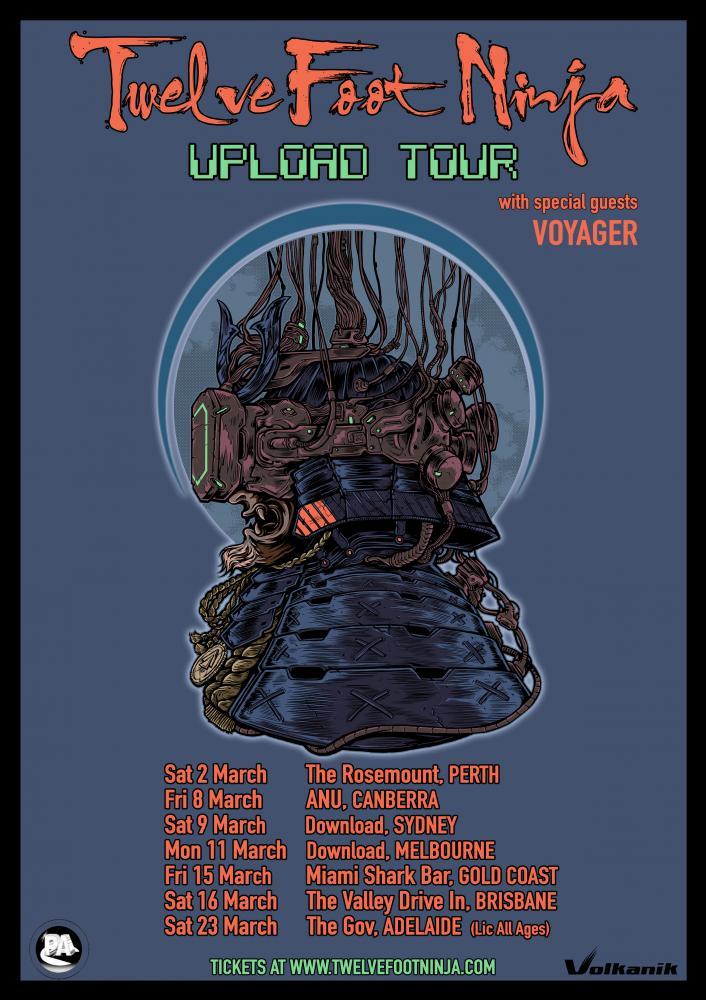