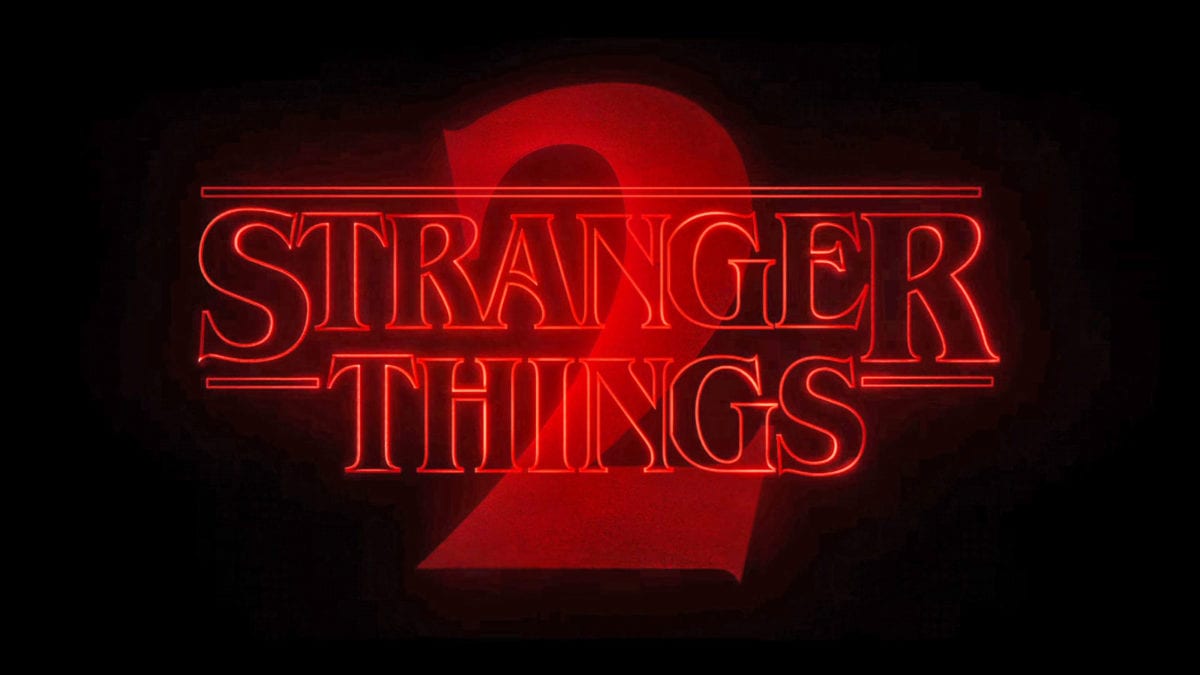 Now that the latest season of Stranger Things 2 has been out for a while we thought we’d share our Top 10 Favourite Moments from Season 2.

SPOILER WARNING! For those who have not yet watched the show there will be SPOILERS aplenty.

The first few minutes of episode Chapter One: MADMAX began far away from the little town of Hawkins in the city of Pittsburgh with several police cars giving chase to a gang in a van who had just exited a building in a hurry. After a few tricky manoeuvres, the super calm front seat passenger played by Linnea Bertelsen instructed the driver to head for a tunnel. After the van passed through it the entrance to the tunnel collapsed causing the police cars to crash to narrowly avoid the wreckage. As the smoke cleared the lead pursuing cop who had evaded the rubble looked out to see it was no longer there. In the get-away van the front seat passenger wiped away a familiar nose bleed and showed a tattoo that read Eight in very similar manner to a certain Eleven tattoo. While being an entertaining action sequence in its own right this expanded the world of Stranger Things immediately and set up various questions. How many are there out there like Eleven? What are their powers? Who is this woman with the Eight tattoo? Some of these questions still linger as we await Season 3.

Barb didn’t come back from the dead sadly but something this season dealt with well is that the history of the show won’t be forgotten. Eleven has killed people, her and Will Byers have suffered greatly and will probably never be the same. The past certainly informs the character of Chief Hopper (David Harbour) and Joyce Byers (Winona Ryder). The people you really felt for were those who had lost the most – Barb’s parents. Nancy (Natalia Dyer) and Steve (Joe Keery) have dinner with them in one particularly moving scene where they have to remain silent about her death as her parents discuss new hope at being able to find her. Putting their pain to rest this season properly is only a small measure but an important one.

Will Byers (Noah Schnapp) was absent for most of Season 1 so it was nice to see him around a lot more. The relationship with him and Mike (Finn Wolfhard) as best friends was beautifully conveyed in Will’s darkest hour during episode Chapter Eight: The Mind Flayer when he was taken over fully by the evil but still found a way to communicate through Morse code with his Mike and his Mum Joyce. Schnapp conveys a lot of emotions in this scene with mostly body language and it’s very strong.

A shout out to Sean Astin, sure his death scene was a little predictable but if you weren’t upset when Bob bought the farm you have no heart. Astin tread a very fine line coming in as a new character with mysterious aspirations to leave town and being just a little bit too nice and little too daggy to be true. Turns out he was that daggy and that nice although who doesn’t like a little Kenny Rogers? Shippers can rest assured Chief Hopper and Joyce Byers can still hook up but the new energy Bob brought to the ensemble will be missed. Whether it was his solid advice to Will about standing up to your fears even if on this occasion it tremendously backfired (context is everything), his addiction to solving puzzles overwhelming his awareness that Joyce and the others were just acting a too weird or just fanboying over Michael Keaton’s classic Mr. Mom Bob will continue to be remembered.

Down through the ages teenage boys having asked for guidance in two things from older males, “How do you get good hair?” and “Women. Tell me absolutely everything you know?!” There may be nothing terribly original then about this conversation between Steve and Dustin (Gaten Matarazzo) but the answers to these mysteries will never be solved so such endless speculating will remain fascinating.

Speaking of Gaten Matarazzo, somebody give this kid a medal because his conversation with his mother ushering her out the door to look for her dead cat so he can dispose of the body was A+ comic delivery during episode Chapter Five: Dig Dug. The running with protective gear later past the carefully laid spam path was nice too. Taking the time to also have him face his fears and rally to whack Dart into the outdoor cellar was icing on the cake.

New character Max (Sadie Sink) had a rough go of it this season for someone so effortlessly cool. For somebody who was obviously too good to be hanging out with these guys she certainly put up with a lot but she’d been putting up with worse from home with step brother Billy Hargrove (Dacre Montgomery). As cool as it was to see Steve and Billy come to blows it felt right that Max would take him down. Smashing down the bat near where he and Nancy’s Mum Karen’s (Cara Buono) interests lie to make him change his ways was a nice touch too. Max won’t be putting up with nearly as much next year. As a side note her talk with Lucas (Caleb McLaughlin) on top of the bus was one of the nicest character moments throughout the whole season.

If you want to get to the heartbreaking trauma at the centre of Eleven’s origins this building montage of images said it best and said it again and again finally giving you a sense of the anguish that ‘Mama’ is continually experiencing. No wonder Eleven (Millie Bobby Brown) stole off to Chicago to gain a sense of family and to extract some revenge. Of course her family is back in Hawkins as we knew all along. Hopefully next season they’ll spend more time together but some of this storyline should pay dividends as the story goes on.

Chief Hopper is the last guy who should be a father figure and Eleven is no easy child to raise. So of course that’s what happened this season. Their interactions feed into an overarching theme of how anger can rot you from the inside deep down. Geddit. Hopper’s message over the radio was heartfelt showing remorse rather than wanting to right what was said against him. Seeing these two united with the protective father mowing down monsters with lead while his special daughter ascends to her fullest strength and vanquishes the evil in the town was a fantastic visual and a great sense of closure to the season.

School kid based shows thrive on proms and these kids are bumping up through the stages of adolescence and displaying high school crushes now so it makes sense to close with a prom. Bringing all the characters together and having them enjoy a nice ‘normal’ memory for a change was heart-warming. Not everybody got what they wanted but the right people ended up together and there’s hope yet. Even if creatures still lurk in the Upside Down.

Well that’s our Top 10 Favourite Moments from Season 2. Did we leave any out that you would like to add? Feel free to comment in the messages below.