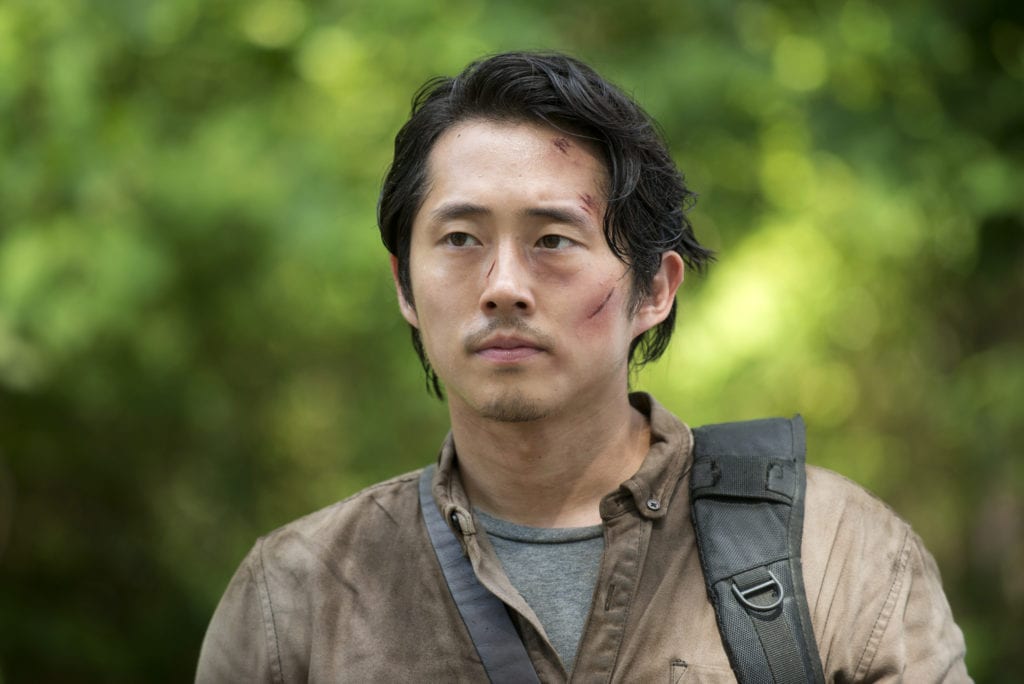 Walking Dead fans strap in! Here is Part 2 of our interview with Norman Reedus and Steven Yuen, just in time for Season Six on DVD/Blu-Ray/On-Demand on 21st September through eOne Entertainment.

With a hectic schedule away from the set of The Walking Dead, it seems only fitting that the best place to grab an interview with two of the shows’ biggest stars is at a convention. Luckily that also meant Reedus and Yuen were in great moods after being presented to their fans and only too happy to talk.

When touching on the deepness of the characters in The Walking Dead, the talk turns to whether or not ‘specialists’ are brought in to talk to the writers and the actors on how characters might react to the very dramatic circumstances they often find themselves on the show. “Season Three was a really rough season for most of us,” explains Yuen.

“Especially for Carl,” adds Reedus. “I remember Steven was talking about how emotionally distraught he was after the whole scene with the governor, with him, with Glenn and Maggie. It is hard for all of us. And after Carl killed his mom, just these scenes that you don’t remember much, they impact us, as people, so much. We’ve all been through really, really tough places, because of this show.”

Of course, the guys couldn’t give away any spoilers but when asked about where the characters will head in the new season Yuen quickly answers, “Actually, all of these characters, you generally know where they started, ’cause we’re starting fairly close to where we ended. They’re gonna be very, very far away from that by the end of the season.  So, you guys could easily do the math on that. I’m just saying, if you know where they start, they’re not going to be emotionally in the same place by the end of the season.  None of these folks.”

So what can they tell us about this Team Rick/Team Morgan divide that seems to be happening? Is that a real thing or just in the fan’s minds? “Well, I will neither confirm nor deny,” laughs Reedus, “but I will say that there are conflicts within this group. I don’t know if Lennie was talking about it at this table or another table, but Lennie is – I mean, what did he say to Daryl? ‘All life is precious.'”

“He shows up at Alexandria, right after Rick has shot Amanda in the face. There seems to be a different approach coming head-to-head. And there’s other characters we know that have pretty strong opinions about all this. So, even if it’s not absolutely exactly Team Morgan and Team Rick, there are conflicts that we’re going to see.”

If you want to see whether Team Rick or Team Morgan come to the fore, make sure you grab your copy of The Walking Dead Season 6 from eOne Entertainment.

READ Part One of our interview with Norman and Steven.

The Rebirth Of ‘Ace Of Spades’