Trivium are currently riding the wave of success generated by last album The Sin And The Sentence.
Now they are preparing to make their way back to Australia to not only finish the touring cycle of that album but also perform one of the headlining spots on the second Good Things Festival.
“We are so excited to be coming back,” bass player Paolo Gregoletto enthuses.
“We’re gonna do our best to keep the set moving so we can fit in as many songs as we can in the time we’re allotted.”
From a local point of view, one of the strongest points of interest for Good Things is the large representation of Australian bands on the line-up. Spearheaded by Parkway Drive and Karnivool, the festival also features Thy Art Is Murder, The Bennies and The Veronicas.
“It’s going to be exciting to play with the bands you just mentioned,” Paolo agrees.
“It seems like, for a long time overseas bands would go to Australia and while they were down there maybe hear about these bands but not be able to see much of them. As a whole, it feels like people are more interested in bands coming out of Australia. Metal is a whole cultural movement and it’s weird if only bands from the States or Europe are getting recognition.”
Paolo joined Trivium after the release of debut album Ember To Inferno, but recalls even then there was a buzz about the band that hinted at future success.
“The band had just signed to Roadrunner,” he recalls, “and we were working on the new music that would become Ascendency. My first tour with them was the 50th anniversary of Roadrunner with Machine Head and Chimaira, which was an unbelievable experience. There was this rush of energy but honestly, it wasn’t just all roses in the beginning.
“Some tours were rough but once we released Ascendency and did Ozzfest in Europe things started to connect. There’s no guarantee that you are going to be around for a long time but it felt like we were on the right path.”
While maintaining their status as a thrash metal band, Trivium have also been unafraid to experiment within that genre and add elements and layers to their music that others might be scared to approach.
“A good example is when you listen to an AC/DC record you feel like it’s a very definitive thing,” Paolo says.
“They don’t all sound the same but there are staple things about them that you’re always gonna get. With the lineup changes we’ve had with drummers, it’s just natural that our records are gonna feel different. From the beginning, we’ve never been a band who would go into the next record thinking ‘how are we gonna make this the same as the last record?’ or which would be the safest bet for us this time.
“What we learned was how to properly write a record as a follow-up to the previous record, which is how to prepare and think about it. I think we went from something like the Ascendency to The Crusade with such a jarring sound change because I don’t think we realised then how much time we needed to prepare for the record.”
That change between album was met with mass criticism at the time, although since then the advances made with Trivium’s music has made many fans soften their stance.
“In hindsight, we had a big, lofty goal with it but we could have prepared and thought a lot more about the shift,” he muses.
“Now when you listen to our records, Matt sings a lot and has such a good voice, and it’s so much more prominent and dominant. We still have screaming and I feel like that record was a mistake in respect to not thinking it through, but then the record after was a fan-favourite so we figured out what works for us.”
Perhaps the biggest criticism coming from The Crusade was not the shift in musical direction, but more so the variations in vocalist Matt Heafy’s voice that left him sound remarkably similar to one James Hetfield.
“All rock music is essentially some form of imitation,” Paolo offers.
“One of the things at the time was we did the Master of Puppets cover in between Ascendency and The Crusade, and I think that was where a lot of the criticism and comparison came from. It tainted people’s view.
“People didn’t come at the album with fresh ears. It’s one of those things where Matt’s vocals have grown into his sound and now you can tell it is him straight away. He just needed that time for things to ease off long enough for people to know that is a Trivium song and that’s Matt’s vocals, and I think now it has that identity.” 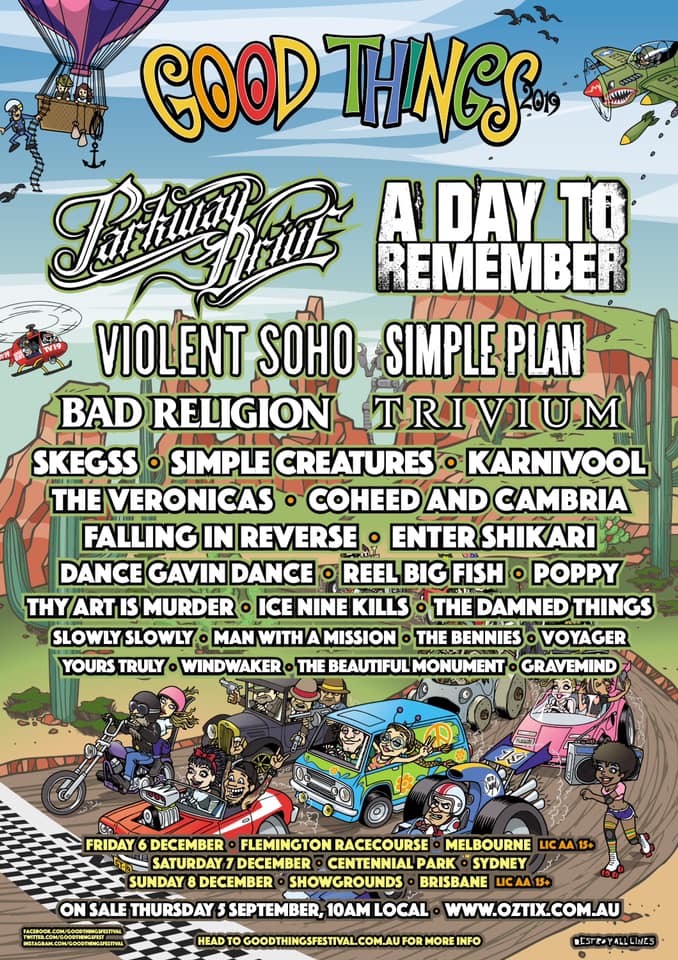