Now they are back with their brand new album The Traveler so HEAVY Mag caught up with Shepherd and found out what we are in store for when it comes to the brand new album.

“My goals are always the same when I put out a record,” explains Shepherd. “That goal is to put out a great record that will give the people something good to listen to and it will be music that they will like. I always try to put out the best record I can possibly make and I try not to repeat myself, I don’t want to do the same thing over and over again…. I don’t want to be predictable. I always try to push the limits of our creativity and just put out a great record. That way you get a solid product from beginning to end.”

“I don’t really get nervous about it,” says Shepherd after I ask him how does he feel when he is waiting for feedback on a new album. “I try not to think about too much, I try to just take it as it comes. I think if I started to think too much about it I would probably bring on some anxiety or something. There is not much I can do about somebody’s opinion, I mean some people will love it and then there will be other people that find fault with it, there’s no doubt about that because you can’t make everybody happy all the time. I learnt that a long time ago so I have kind of let go of that idea of trying to please everybody, so I just try to trust my musical instincts and I just write and record the songs that I feel compelled and inspired to write and record. Thankfully the fans have supported me through all of that, so they have enabled me to do all that.”

You can listen to our full Kenny Wayne Shepherd interview on Spotify.

The Traveler is out today. 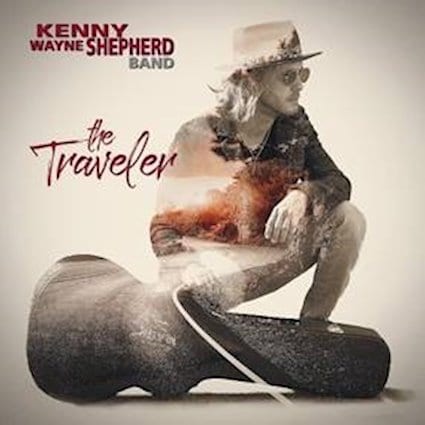