Orlando, Florida-based rock legends Alter Bridge are today announcing that they will return to Australian shores in April 2017, presented by MJR Presents. Early October 2016 saw Alter Bridge release their latest studio album ‘The Last Hero’ in Australia – to an ARIA #6 album chart debut. With an obviously loyal and ravenous fan-base down under, Alter Bridge are coming back to celebrate the success.
The Last Hero creates musical imagery to showcase a common theme that runs throughout the record: paying tribute to, and touching on the need for heroes and leaders in a complex world. “Show me a leader that won`t compromise – show me a leader so hope never dies.“ 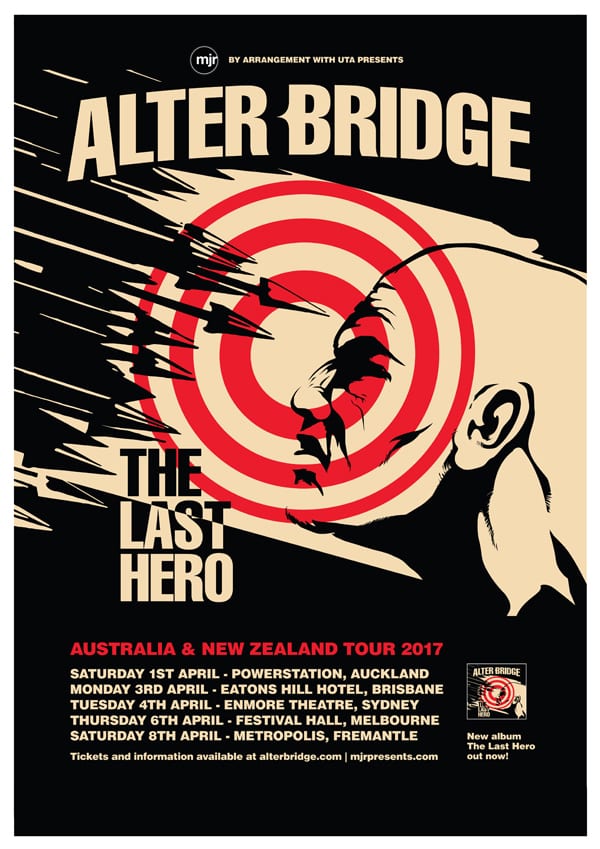