TOP 5: Reasons To Be Excited About STAR TREK: DISCOVERY Coming Back 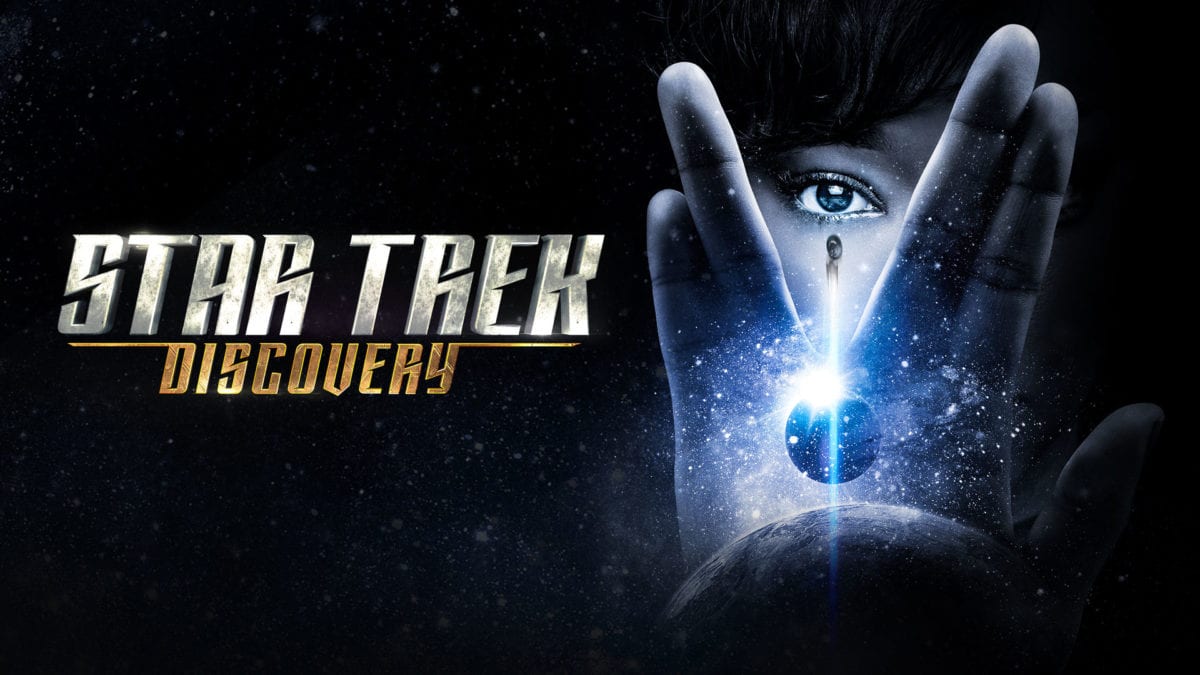 Star Trek: Discovery Season 1 returns this week and whatever its flaws we thought it would be interesting to share what we’re most excited about seeing following the hiatus. 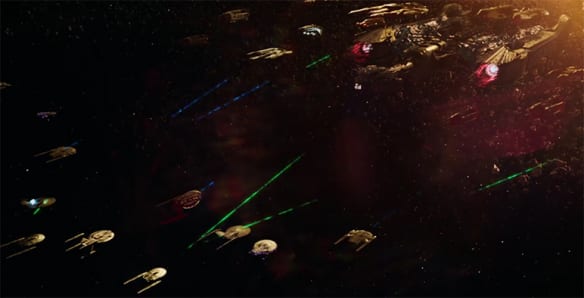 For an intergalactic war we haven’t been seeing much of it. War time has only really been covered once before in Trek with The Dominion. Starfleet here feels a little different here, compromising their standards in the interim to win the war at all costs but even they don’t support some of Lorca’s actions. These are all interesting themes but a few more big space battles wouldn’t go astray either. The mid-season finale also set up a clean way to unite the fact that the show is not part of the Kelvin Timeline but seems to share the look and temperament of that universe way more than that of the original series. Yet if we are in another dimension then don’t hold your breath for a more full on depiction of the war with the Klingons. Speaking of, probably one of the more interesting things about this series is the focus on Klingon culture and how certain parts of the populace fear the changing balance of their times. Sound familiar? Having the traditional villain race reflect our own fears, rather than stand in for say the Soviets, is an interesting place to find ourselves. Exploring more of the Klingons in this way can only be a good thing. Again these themes were done earlier with Deep Space Nine too.

The support crew in Star Trek: Discovery kind of grew on you throughout the first half of the season, getting the balance right with the crew is all important but often has to develop over time. Anthony Rapp for example as Paul Stamets along with the writers are finding ways for him to be depicted. Originally a negative character the layers are beginning to unfold and he’s getting a chance to be heroic and also funny and possibly even dangerous. It’s nice to have that number of layers to the first openly gay main character in the franchise. The same is true of Doug Jones’s First Officer Saru, a Kelpien who is evolutionary designed to avoid danger. His relationship with lead character Michael has a nice dynamic since they went through something together on the USS Shenzhou and their power dynamic has changed since that time. It’s almost a brother/sister relationship with them both having vied for approval of Michelle Yeoh and now they’re both orphaned. They resent the other but also know them better than anyone else and when push comes to shove admit that they care for the other. Mary Wiseman’s Sylvia Tilly may be the obvious inexperienced comic relief character destined to grow over the series but that’s the thing, she is funny and she is green and she is growing and it is fun to watch her do this. We’re looking forward to seeing how all these characters develop which is one of the main joys of long form storytelling. 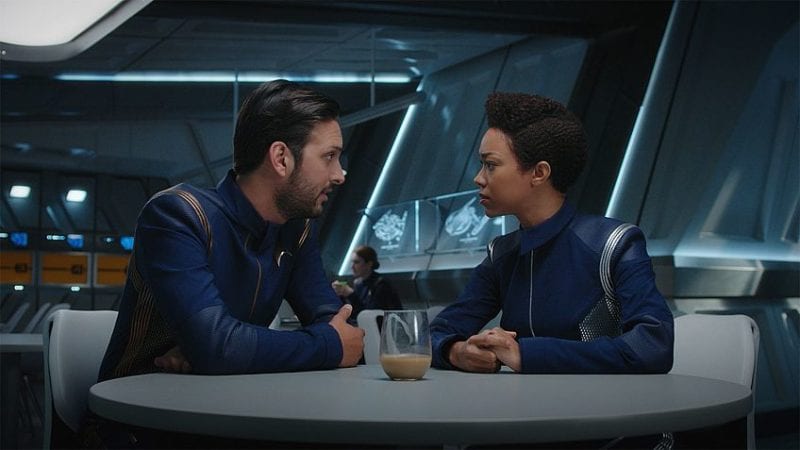 A couple of years ago there were several op-ed pieces about how rape had become an overused trope for several significant female characters. Enter Lieutenant Ash Tyler (Shazad Latif) who was a prisoner on a Klingon ship who helps Captain Lorca escape one episode. Brave, dependable and warm he quickly fitted in as a new mainstay of the show cutting the classic figure of a male hero who just gets on with it. Like PTSD in real life though slowly the trauma caught up with him with the reappearance of his captor L’Rell (Mary Chieffo), the most interesting Klingon character on the show,  and hints of some kind of connection between them now. Additionally it is proving emotionally resonate to see a man dealing with this while also developing a relationship with lead Sonequa Martin-Green as Michael Burnham. The chemistry between the two is great and we’re getting to see another side to Michael as she seeks to help Ash.

Michael Burnham (Sonequa Martin-Green) falls into the same trap of a lot of lead characters’; she’s too straight to be really interesting right? She’s noble, smart and brave and but wait a minute oh yeah she’s also responsible for having plunged the whole Galaxy into war? Certainly she did it bravely, using some smarts and with the noblest of intentions but c’mon? Heroes may have baggage but the fact that Burnham is trying to redeem herself for something she can never make peace with is an interesting place to start with a hero. She’s lost her Captain and mentor, already too many have died to ever be able to make up for it and yet on she thrives. A human by nature that was nurtured as a Vulcan it is only the influence of these two diverse backgrounds that may help her find peace in the end. As the show progresses and she comes back more into the fold her humanity is continuing to be brought forth allowing Martin-Green to show more range and we can only hope to see more of this come forth in the new episodes. 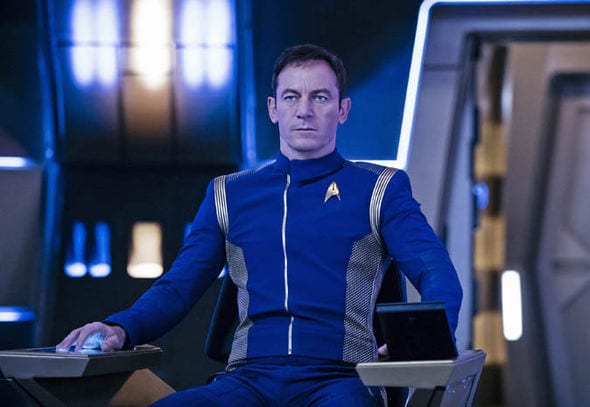 Jason Isaacs who plays Captain Gabriel Lorca has described his character “probably more f&*#&d up” in comparison to the other Star Trek Captains. Star Trek: Discovery references a lot of Trek, is made by people who know Trek but after five previous shows over 41 years there’s only so many riffs you can play before you either do something that is radically different or you’re just repeating yourself. Lorca is at the heart of that, he’s a man with many mysteries, a manipulator of personalities, a user possibly a coward and certainly capable of great ruthlessness. Played by Jason Isaacs he’s also the most charismatic presence on screen, in the few action scenes we’ve seen he was totally bad ass and he brings out the best in his crew members. The focus should remain on Burnham so as not to dilute the mystery of Lorca too much but finding out about him is the number one reason why we’re coming back each week. Should be interesting to see where the show takes him.

Well that’s our Top 5 Reasons to tune in for the return of Star Trek: Discovery but let us know in the comments below what your Top 5 Favourite Things were about the initial run and what you’re looking forward to most.