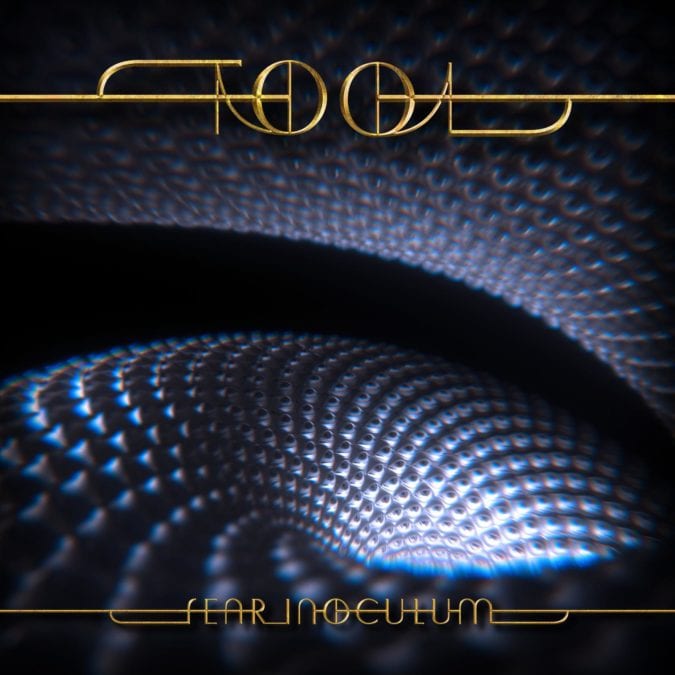 Okay I’ll put it out there for to see as a preface before I dig into my thoughts on Tool’s brand new album Fear Inoculum. It was bands like Tool that helped shape the type of music lover that I am today. As a kid I was brought up listening to the classics – Black Sabbath, Pink Floyd, The Rolling Stones etc were staples in our household. But I also had parents that encouraged to me explore the music that was around me so as a teen I started to discover the then new wave, bands like The Smashing Pumpkins, The Tea Party, Nirvana and Korn became my choice of poison. Then in the mid 1990s I discovered Tool.

As I listened to tracks like “Sober” and “Stinkfist” I realised that this band was something pretty special – this was a band that took all the best bits of the older music that my parents introduced me to and mashed it with the more experimental side of the bands that I had discovered myself. Yep, these guys were amazing in my eyes.

So you can see now why I was expecting something pretty special with Fear Inoculum. To be honest in the thirteen years since 10,000 Days I had pretty much convinced myself that I would never hear brand new music from Tool so the moment that this new album landed in my hands it felt like some kind of long-awaited spiritual moment. Now having listened to the album a few times I have to say that I am having a love-hate relationship with the album.

The thing is there is some great music on Fear Inoculum but there just isn’t enough of it. I love the longer tracks but the shorter experimental track often felt like just plain album filler to me. Yes, I get the point that Tool are well within their right to do some experimental things throughout the album but when you are a band that create magic like these guys can it does feel like a little bit of a letdown.

Having said that though there are some moments of true beauty and mastery on this album. Opening track “Fear Inoculum” sees the band embrace a new Middle Eastern fusion of electronic music before Adam Jones launches into some amazing guitar playing that shows that even after this long layoff these guys are back at their very best.

One of the highlights of the album is “Pneuma” which features a sound and vibe that The Tea Party would be massively happy with while Maynard James Keenan’s vocals really come to the fore. Their is almost an unusual catchiness to his lyrics while at times it feels like the instruments have turned on themselves and are duelling throughout.

That same feeling of battle returns on “Invincible” which really captures that old-school Tool sound that fans have come to know and love… the result is a track that you just want to listen to over and over. It soon becomes obvious that this is the groove that Tool are most comfortable in as the once the water stops crashing during the opening of “Descending” again we get that legendary Tool sound with drawn out vocals from Keenan and guitar riffs that will have players drooling right around the world.

Two other pieces of magic that you will find on this album are the beautifully haunting “Culling Voices” and the track that I kept finding myself returning to “7empest”. These are both tracks that I could easily listen to over and over and they are the tracks that tell me that even after all of these years Tool are still a band that are at their creative best.

While I am not somebody that ever skips tracks when listening to an album I will admit that there are tracks on Fear Inoulum that I pay more attention to than others. This album shows that when Tool are at their best still no one can match them, the only downside is as a listener you find yourself wishing there was more magic and less of the shorter songs. Still, this is a mighty album that I will find myself listening to a couple of hundred times in my life-time.