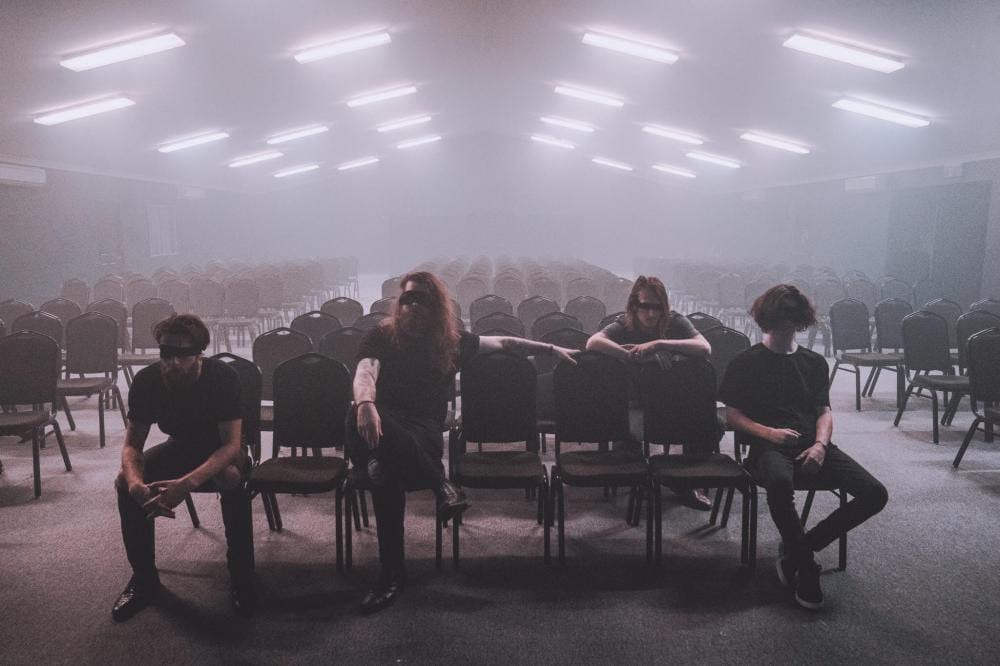 Tired Eyes are anything but tired. The four-piece from Brisbane, Queensland are a brand new sound for your ears, heart and mind. Today they are rolling out the second track from their forthcoming EP ‘In Denial, Force a Smile’ (Out Friday June 29, available for pre-order now) – called Outta Sight. Along with it comes a hard-hitting film clip that shows the band performing the track blindfolded. Check it out below!

This Friday June 15, sees the new single go live in Spotify and Apple Music for streaming and pre-order purchasers at iTunes will get the single and their previous single ‘A Place, A Space, A Symphony’ instantly with their order.

Tired Eyes is made up of Joey Keating (22 – guitar, vocals), Jesse Kampkes (23 – bass, vocals), Judah Kampkes (27 – keys) and Samuel Peacock (16 – drums). Drawing influence from the wide world of hard rock / post-hardcore as well as cinematic classical scoring and pop sounds, the band find themselves sitting in a very palatable, high energy, pretty but some-what aggressive middle ground of all of the above. The vulnerable and honest sound that the boys have created draw people in to an authentic musical space where they can experience new elements of alternative rock.

They will support Aerials at The Foundry in Brisbane on July 20th at their single launch show. Though they are a new band, they have already played shows alongside Awaken I Am, Vitals, We Set Signals, Heists and Lifeblood. Tired Eyes’ versatility is their greatest strength – they are at home on a variety of lineups.

Tired Eyes’ debut EP ‘In Denial, Force a Smile’ will be out into the world on Friday June 29 – with pre-orders live now. From this Friday, singles ‘Outta Sight’ and ‘A Place, A Space, A Symphony’ is the grat track for the pre-order at iTunes and will be available for streaming same day at Spotify and Apple Music.