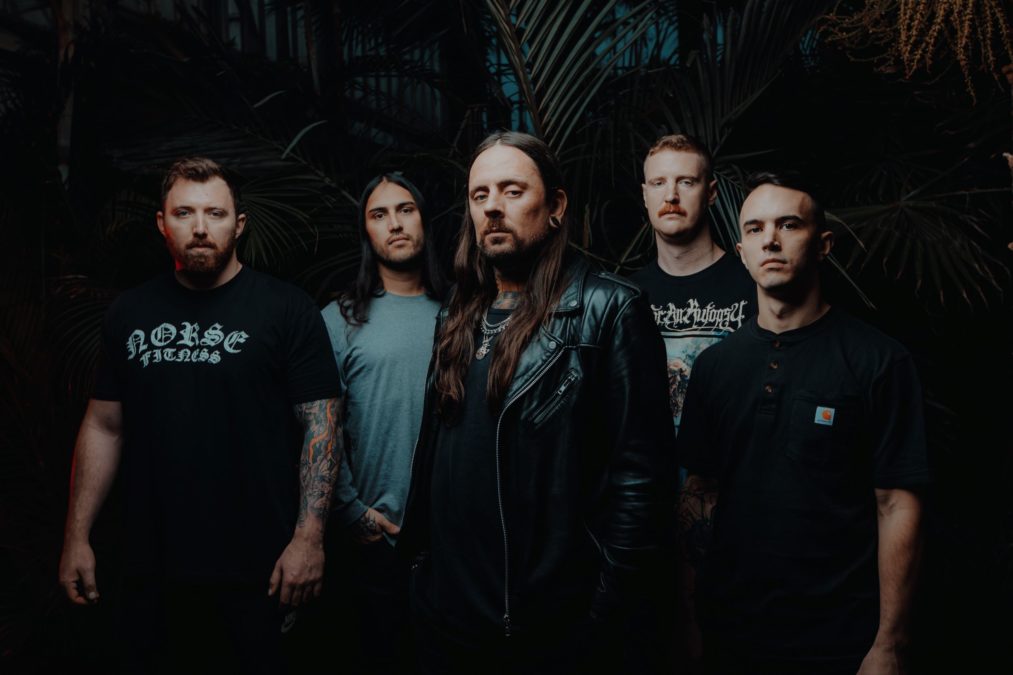 “I can’t say that I’m mad about there being an all Australian line-up”.

Such is the wealth of talent available in this country at the present time that we can hold two separate festivals starting over the space of one month that contain minimal acts featuring on both bills.

Knight & Day Festival in Ballarat over December 30 and 31 and the travelling Full Tilt Festival from January to March next year both feature stellar line-ups of some of this countries best established and up and coming acts, and the only common denominator between both is one band.

Thy Art Is Murder.

Which shows the high regard in which the band is held by the powers that be and the punters who see.

HEAVY caught up with guitarist Andy Marsh to talk about both shows, starting with the fact it seems Thy Art Is Murder has the current monopoly on major Australian festivals.

“When you have two years off of doing anything you’ve gotta get it while you can,” he laughed. “So we’ll see which one of these festivals sticks – hopefully it’s at least one of them, and hopefully it’s more than one of them – but we basically are in that spot now where we just say yes to what we think we can do and we’ll see what happens.”

While both festivals are among the highlights of the touring calendar, the upcoming Knight & Day Festival, and especially the fact it is in its debut year and will be held inside the walls of Ballarat’s Kryal Castle, holds just a little more esteem.

“It’s pretty sick,” Marsh enthused. “We have played castles before. We’ve been around the bush over in Europe the last decade. There’s talk of CJ (vocalist) dressing up like some kind of King Arthur character or something, so I mean, I don’t even know what’s gonna happen!”

In the full interview, Andy talks more about both festivals, the significance of having to hold bands featuring only Australian bands, CJ’s outgoing nature and the fun it brings, getting back into the swing of things with the music world finally opening up and more.