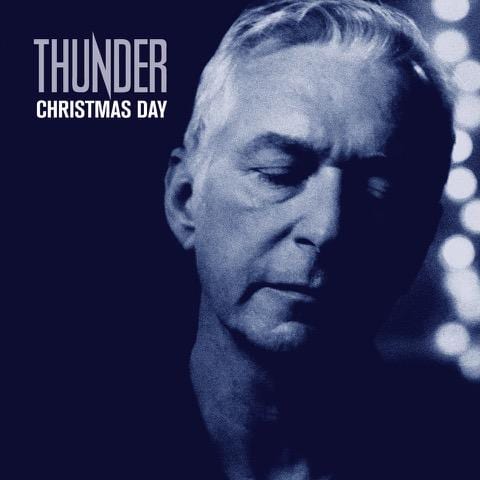 Since forming in 1989, Thunder have established themselves among the UK’s most consistent attractions, notching up some twenty Top Fifty singles, 2 gold albums, and cultivating a well-deserved reputation as consummate live
performers. The band’s sound is a timeless marriage of unforgettable melodies and sheer rock power. After their sensational return with their Classic Rock Award nominated album, “Wonder Days” in 2015, their 2017 release “Rip It
Up” achieved a top 3 UK chart, their best in 22 years, which shows how after over 27 years in business, Thunder is less than ready to hang up their hat. They don’t remain stiff and chose the easy way, but aim towards challenging
themselves and their listeners.
This Christmas will see the established hard rockers in a brand new light. The title track “Christmas Day”, a heartfelt ballad that has been recorded in a – for Thunder – unusual manner: featuring a soft acoustic guitar and minimal
arrangement while singer Danny Bowes’ impressive vocal talent is specifically showcased. The rest of the single release is equally precious.
With songs like “Love Walked In”, “Low Life In High Places“ and “Heartbreak Hurricane“ in a similarly pure setting, Thunder prove the width of their musical range by exploring new horizons.
This does, however, not mean that the legendary hard rockers have become soft. Interesting rearrangements and reinterpretations do not conceal the core, which is skillfully crafted Thunder originals.
Tracklist
1. Christmas Day
2. Love Walked In (2017
Version)
3. Low Life In High Places
(Acoustic)
4. Heartbreak Hurricane (Acoustic) “Christmas Day” is released as CD Digipak and Digital on December 1st, 2017 on earMUSIC