THOSE DAMN CROWS ‘Murder And The Motive’ 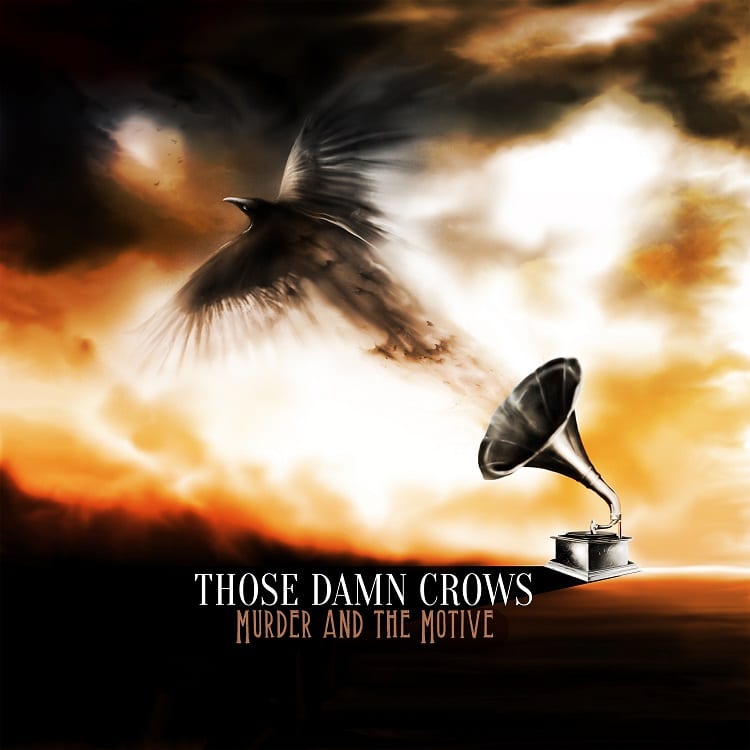 The hard-working ethic that lies at the very heart of this Bridgend-quintet has, recently, earned them a thoroughly deserved deal with Earache Records, alongside such luminaries as Blackberry Smoke, The Temperance Movement and Massive Wagons. The aforementioned all having gained chart positions this year; something which, based upon this initial showing from Those Damn Crows, is a distinct possibility.

It’s some two years since this album first saw the light of day, as a self-funded release, and it’s easy to see why, since then, the Crows have been embraced by the New Wave of Classic Rock movement and are now firmly established as one of the leading lights therein. Earache have elected to go with a nucleus of eight re-mastered tracks from that release to go alongside two brand-new tracks, recorded at Woodworm Studios, Oxfordshire, to give the re-vamped album a polished feel throughout with sing-a-long choruses, accessible lyrics and crunchy riffs by the absolute truck-load. This is, indeed, classic rock but with a twist for the new century.

Murder and The Motive commences at a blistering pace with “Don’t Give A Damn” knocking right into the listener with the force of a express train; punchy lyrics that resonate as they intertwine with tasty six-string licks laid upon a solid-as-you-like rhythm that will induce structural damage. This is a formula the Crows are adept at applying and they demonstrate this most ably, by following on, with the iconic “Blink Of An Eye” – a Planet Rock favourite and, without any doubt a future classic with it’s heart-felt emotions that soar to incredible heights – before thundering into “Someone Someday” which questions whether there is actually an answer at the bottom of the metaphorical bottle, be it of whisky or wine, in typical Crows’ style.

By the time the final strains of “Rock And Roll Ain’t Dead” fade the listener is left in no doubt that there is a clear, sparkling future for rock and it has an anthem to fly the flag for it too. A rallying call for the masses, a live favourite, that is as timeless as it’s classic 80’s rock influences. The two new tracks, produced by Mike Exeter (Black Sabbath, Judas Priest), in the form of solid-rockers “Behind These Walls” and “Say It” nestle in neatly alongside their more established compatriots. This is, indeed, a compliment of how consistently strong the song-writing energy is that flows through the collective veins of the Crows’ machinery.

The album’s seventh track is “Seven Days” – a placement that’s a nod to Maiden’s ’88 opus perhaps or just a happy coincidence? – either way it’s a belter that’s full of defiance and attitude. With matters trucking along the aptly-titled “The Fighter” rolls in, brimful of truculence, looking for an appropriate location to become the epicentre of a maelstrom of rock n’ roll fury. “Breakaway” continues in a similar vein, ploughing a headlong driven furrow in a high-level exothermic reaction. Album-closer “Fear of the Broken” perfectly bookends this offering as the Crows exit on an anthemic note with all five elements showing that, as a collective force, they are even stronger than the sum of the individual components.

“Who said rock n roll’s dead?” Not the Crows, not I for sure! Get out there and buy this soon-to-be classic. One of my personal favourites of the year.