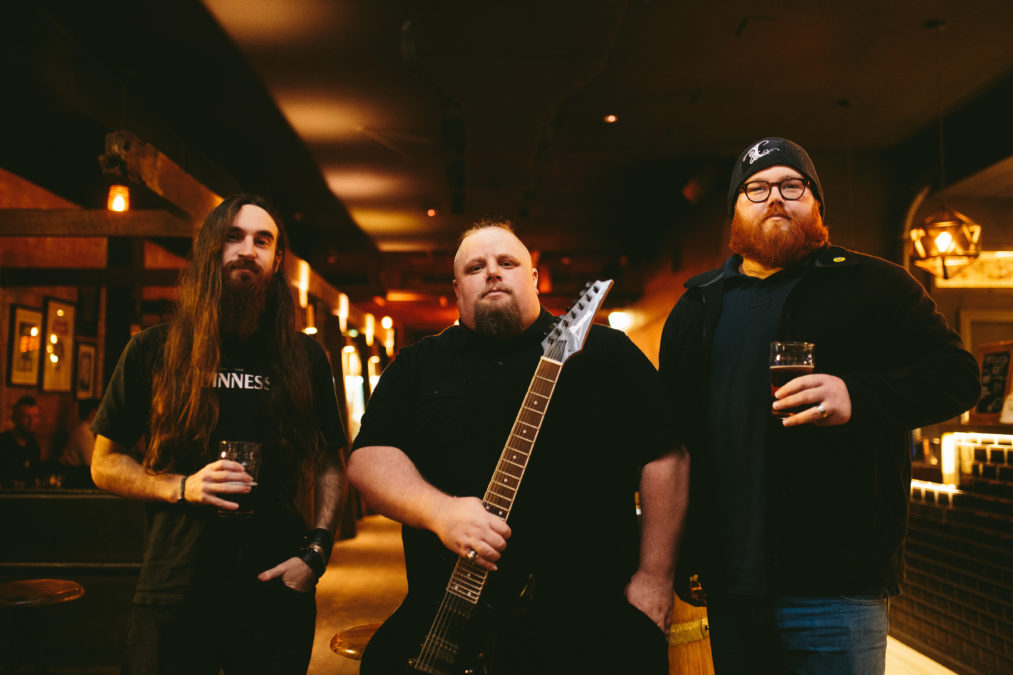 Brisbane progressive metal outfit Therein are finally ready to unleash a monster five years in the making with their sophomore album Aramitama set for release on October 31.

Aramitama has been a labour of love since 2015, with recording being done sporadically for the next four years. Once it sees the light of day it will mark the historic fact that every one of Therein’s songs that makes up their live set has been laid down and made available to their growing legion of fans.

Very much a live band, Therein last year completed a tour of Japan, earning rave reviews from booking agent Inter Idoru Management who recieved glowing reports from every venue in a country where praise is hard to earn and respect even rarer.

At their last gig of the tour, played at the Tokyo Beyond Festival (another rarity for a first time touring band), local artist Fuyou Nagashima – who was engaged by the festival as a live painting artist – started painting her impression of Therein from practically their first note and the resulting masterpiece can now be seen adorning the cover of Aramitama.

“After our set we saw that she had painted us and we knew we had to buy it from her right then and there,” vocalist Cameron Whelan said. “It’s a pretty impressive painting when you consider that it was done roughly in 30 minutes and we knew instantly that this was the artwork we had been looking for. Everything about it worked. It was spontaneous, organic, and really felt iconic to us.”

Typical of the amalgamation of genres that makes up Therein’s music, Aramitama comprises an eclectic collection of songs with subject matter ranging from loss of control as a result of addiction (‘The Crawling Chaos’), that exact moment between slumber and consciousness (‘Through The Threshold’), a meteorite’s journey through space before striking hte Earth (‘ALH84001’) and even a number about being a piece of shit that can’t do anything right (‘Piece Of Shit’).

Music is meant to follow rules and have no boundaries and with Therein that is more of a life mantra than a throwaway statement.

Aramitama is sonic proof of that.

Watch the album teaser below: