THE SEA SHALL NOT HAVE THEM ‘Debris’ 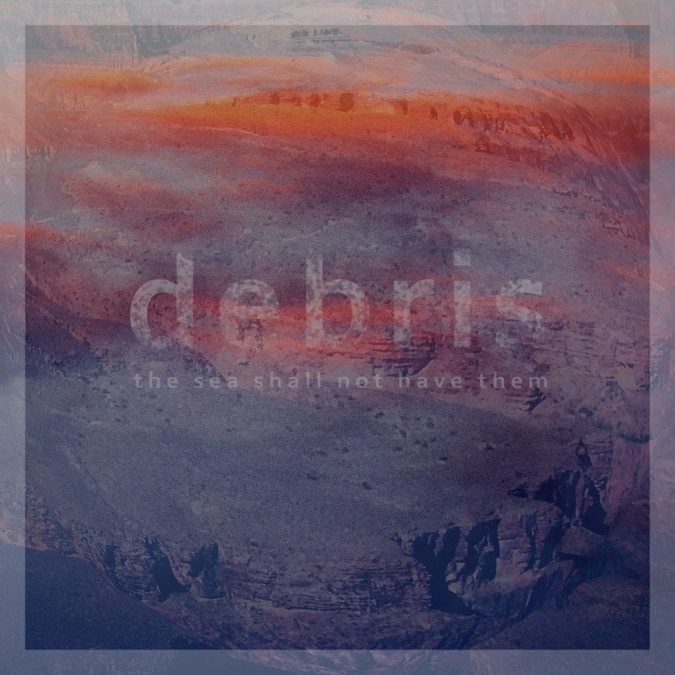 Recently I finished reviewing a movie score for the first time, and to be honest, I was ready for a palette cleanser. Maybe some hard riffing thrash or the swagger of sleazy rock to offset the synth heavy atmospherics that were still swirling around my subconscious.

So imagine my surprise when I received the latest release from Gold Coast instrumental duo The Sea Shall Not Have Them, pressed play and was greeted with another round of synth heavy atmospherics.

Comprising eight songs with a running time of 44 minutes, does Debris have enough going for it to hold the listeners attention without vocals and lyrics helping to deliver its message?

Walking Through Walls starts off by sounding like the pause-menu music from a Silent Hill PS2 game, ok maybe a PS4, but you get my point. From there we get plenty of Blade Runner (the movie, not the world’s worst Valentine) type noodling on guitar and keyboard, with drums dialling into an almost tribal groove.

Lower The Sky then introduces vocals for the first and only time on Debris. And this is where a nagging suspicion begins to arise. The problem isn’t that the singer sounds like Michael Hutchence auditioning for The Beasts of Bourbon, but that the accompanying music is eerily similar to the previous song.

YXO benefits by having the piano do what the guitars have been doing up until now. It is a timely shift and one that perhaps could have been explored more on the album.

Splinters comes and goes before leaving behind that nagging suspicion of having already heard this here. But then Everything Melts ups the ante in not only tempo but also heaviness. And at eight minutes long it has plenty of time to explore both and is a standout song.

In Mid Air is to Debris what FX is to Vol.4, utter nonsense. From here we get the space drone of Ash Cloud before closing out with Underneath, and like much on offer here, is more first cousin than distant cousin to nearly all the other songs.

The Sea Shall Not Have Them have shown with this release that they are talented musicians buuuut the issue here is in answering my initial question, ‘is this good enough to hold your attention?’.

Debris certainly has its moments, but at forty-four minutes I fear most listeners, especially in this day and age, need more than that.