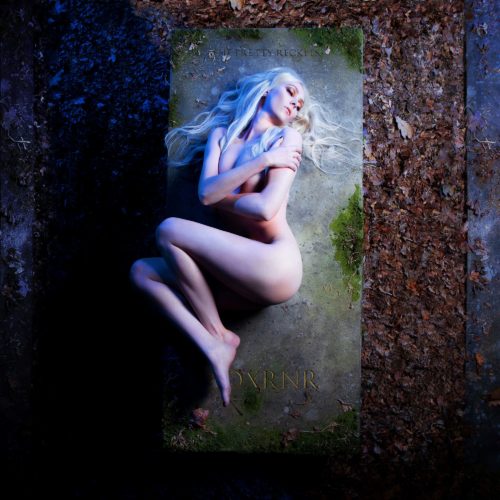 THE PRETTY RECKLESS: ‘Death By Rock And Roll’

For just over a decade The Pretty Reckless have been a band on the precipice of global success.

Their music has promised so much – and delivered for the most – but for some reason failed to resonate on a universal level.

By no means is that a reflection on their ability as a band.

Through albums Light Me Up, Going To Hell and Who You Selling For, The Pretty Reckless have swaggered their way through, courting controversy and displaying an honesty and openness with their music that seemed destined to consign them to the too hard basket for more mainstream tastes.

With the release of their fourth album Death By Rock And Roll, The Pretty Reckless have produced the album they have threatened to for so long, driven on the back of personal tragedy and loss.

After landing the support for Soundgarden on an extensive tour prior to the death of Chris Cornell in 2017 the band were left devastated by his passing, cancelling other tours and fading from the public spotlight.

After retreating from the music world for a period of time The Pretty Reckless returned to the studio in late 2018, the pain and heartache of loss transformed into a driving force that saw the band spend over 12 months honing their music into the 12 songs that make up Death By Rock And Roll.

Channelling her pain and despair vocalist Taylor Momsen has excelled in every facet of the album, her naturally throaty rock edginess tempered by a controlled and measured vocal delivery throughout that drips with intent.

Combining the modern hard rock and grungier elements of Going To Hell with the more blues-tinged sound of Who You Selling For, Momsen strikes that perfect balance between pain and misery, adding depth and honesty that could have sounded contrived and tempered in the hands of most other vocalists.

Opening with the soft sounds of Kato’s actual footsteps in the lead in to the title track, “Death By Rock And Roll” displays everything that is good about the album within the first four minutes, setting the tone for a hauntingly beautiful rock album that finds its strength in subtlety rather than force.

“Only Love Can Save Me Now” follows, featuring Soundgarden’s Matt Cameron and Kim Thayil, in what is a fitting and emotional homage to their former bandmate.

“And So It Went” is a guitar-driven, yet still vocally dominant number that begins with a gentle ambience that is pierced by the distinctive sounds of Tom Morello’s guitar before kicking into another gear amid devastating solos that are again meant to enhance the overall tone rather than dominate.

Pulling back somewhat from the overall rock feel of the album, acoustic numbers “Got So High’, “Standing at the Wall” and “Harley Darling” break up the tempo in random junctures, while the beautiful, soulful ballad “25” is the perfect showcase of Momsen’s vocal capabilities.

Not so say that the whole album is hijacked by lead vocals – far from it – but the backing instruments are kept back a touch throughout, allowing the vocals to breathe and flow with the music rather than compete for attention.

“Turning Gold” perhaps best epitomizes Death By Rock And Roll, with a slow-building and burning intro that builds up gently, threatening to explode but going no further.

Rock music doesn’t have to be screaming guitars and walls of noise. It is just as effective when delivered with conviction which too many bands these days ignore.

More often than not the defining point of a song is what you leave out, not what you put in and The Pretty Reckless have obviously put more than just thought into this notion with Death By Rock And Roll.

Watch “Death By Rock And Roll” below: