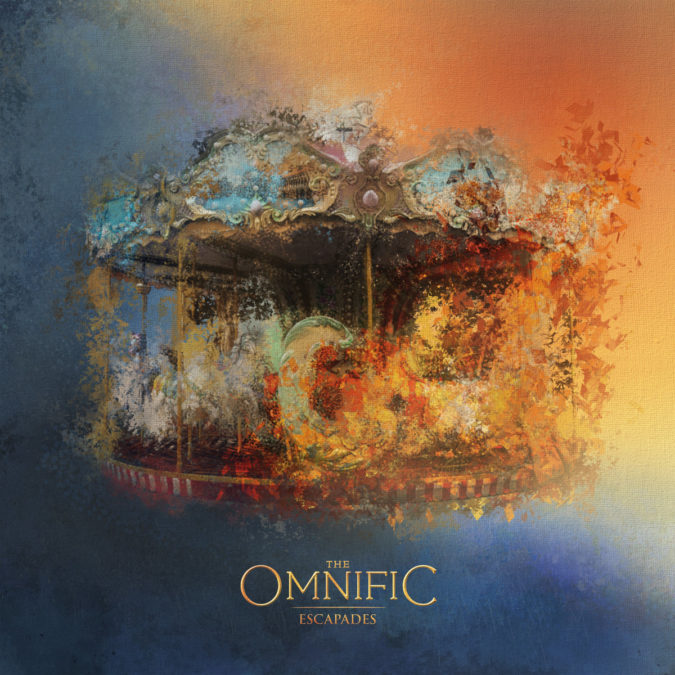 Where do I begin? Melbourne, Australia, has been in the news for all the wrong reasons. Forget those who slow poison themselves with preservatives but won’t injest the soup, they should be protesting over how good The Omnific are, and how criminally underrated mainstream society treats them.

Self-described as the unique line up of two bass players and a drummer, featuring Matthew Fackrell (bass), Toby Peterson-Stewart (bass) and the more than confident drumming of Jerome Lematua, this band is all sorts of brilliant. And with their latest long player Escapades out no, it’s time that you joined in on the fun.

Equal parts progressive rock, djent, funk, nintendocore, and synth-driven electronic soundscapes, the album is an extension of 2021’s Ne Plus Ultra E.P, with all the tracks on that disc also featuring on Escapades.

What’s this all about?

Think Animals as Leaders, the bass version. Kinda. They are on their on journey, that is obvious.

Gone are the mellow prog vibes of former album Kismet, and the on/off aggressiveness of 2019’s Mind’s Eye E.P, now the darkglass pedal stays on for the whole rhythm (the non lead bass) part, allowing more sonic experiment with ambience and tasty clean solos, rampant with tapping and technique.

The musicianship is awe-inspiring and gives the listener a break from those nasty guitars that have dominated progressive metal for far too long. Glenn Fricker from Spectre Sound Studios would have serious issues with this band, and if you know how much he griefs on bass players, you’ll know what I’m talking about. It’s hard to work out who is
playing what sometimes. Is that a synth, bass, or the conjuring of some digital behemoth?

Stand out tracks for me are album opener Antecedent, which reminds me of funk metal without being lame. Solid groove with mind-bending technique that holds the listeners attention, without being bothered by someone shouting, yelling, growling in the key of ‘look at me’. It also features a simple piano section at the end, which, for me, helps put the former riffery into perspective. Very clever.

Merlin’s ID had me dancing in the aisles, as did Ne Plus Ultra, Wax & Wane and Scurryfunge, with the latter belonging in the annuls of funkdom.

But I’ve saved the best to last.

Matai seems like the culmination of the group’s ideas into one track. The intro builds with backwards samples, and ambience, before the darkglass kicks in, still building the sonic empire which is this track. If this track doesn’t get you in the feels, may I suggest MGK to your sorry ass. Around the 2-minute mark, we are blessed with blazing finger dancing that should have left both fretboards smouldering. Djent bass delivers the second half of the track, and everyone should now be onboard the O train. Then we get some rare double time, before, some stop start call and answer with drums and basses. Then a thematical jam out finishes what I call the 2021 instrumental track of the year.

PrevPrevious.Making It Work With THE OMNIFIC
Next.THE GRAND UNION To Release New SingleNext