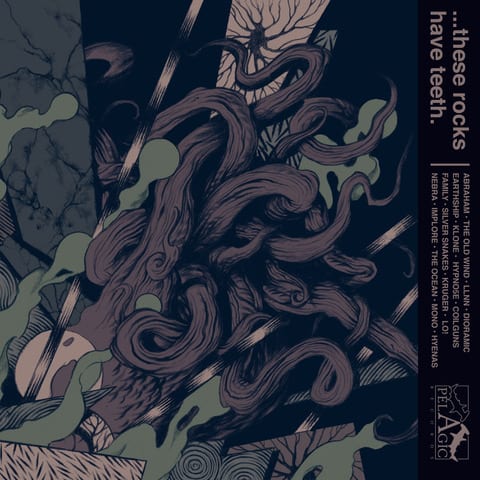 THE OCEAN To Release First New Track Since 2015

As Part of Pelagic Records Label Compilation In The Twilight, These Rocks Have Teeth – A Compilation Of Contemporary Post Rock & Metal, To Be Released September 29

In The Twilight These Rocks Have Teeth is a compilation of 180 minutes of contemporary post-rock, metal and experimental rock music. This release showcases the entire PELAGIC RECORDS roster and includes bands such as MONO, PG.LOST, KLONE, WANG WEN and many others.
Plus previously unreleased tracks by THE OCEAN and new signing SPOOK THE HORSES, as well as a previously digitally unreleased track by CULT OF LUNA round off this fine compilation, which is set for a September 29 release.
‘Founded in 2009 by THE OCEAN guitarist Robin Staps, PELAGIC RECORDS has become an increasingly vital outlet for modern progressive metal, post-metal and beyond‘, ROCK-A-ROLLA wrote last year in their PELAGIC RECORDS label feature, and German Prog magazine ECLIPSED added that PELAGIC has established itself as ‘one of the most influential labels’ in the realm of post metal, post-rock and prog.‘It’s been a slow, gradual growth process’, Staps comments. ‘I never had career ambitions with this label, and sometimes this old-school DIY approach to things has really helped me focus on the essentials, and on maintaining a high standard of quality without being focused too much on success and numbers. I have also managed to not let the bad choices drag me down. It’s not bad to make mistakes, as long as you learn from them.’

To get 12.000 acrylic layers or 11 tons of raw material manufactured, silk-screen printed and assembled into vinyl box sets with an individual weight of 6 KG seems like a pitiful mistake – but THE OCEAN’s spectacular ‘Pelagial’ box set, the label’s 30th release, turned out to be the biggest success in the label’s 8 year history – and put PELAGIC RECORDS right at the center of the map of extraordinary vinyl packaging. ‘If you want to give people a reason to continue buying music as a physical product in this digital age, you gotta give them a good reason’, Staps comments. ‘And beautiful packaging and artwork are the best possible reason’.

This compilation showcases the entire Pelagic Records roster, from well-established acts such as MONO, CULT OF LUNA or PG.LOST to newcomers such as HYENAS or New Zealand’s SPOOK THE HORSES, who contribute an exclusive track to this release – a track which will make your mouth water for their upcoming full-length album ‘People Used To Live Here’, due for a late 2017 release. CULT OF LUNA’s ‘Nord’ has been previously only released on the ‘Eternal Music’ vinyl LP and the ‘Eviga Riket’ audio book.

Another exclusive track comes from Staps’ own band THE OCEAN. ‘Turritopsis Dohrnii’ is the band’s first output since their 2015 ‘Transcendental’ – split EP with Japan’s post rock legends MONO, a release which inaugurated the PELAGIC SPLIT SERIES – later to be followed by editions featuring exclusive contributions by CULT OF LUNA & THE OLD WIND, TINY FINGERS & EF and  LLNN & WOVOKA.

While the compilation’s first disc, ‘In The Twilight…’, focuses on the more calm, post-rock oriented side of the label, the second disc, ‘… These Rocks Have Teeth’ dives deep down into the realm of dark and epic heavy music that the label has become known and loved for, throughout their catalogue of now 85 releases. This compilation is a carefully designed and very listenable playlist, a perfect ride through the vast Pelagic Records universe! 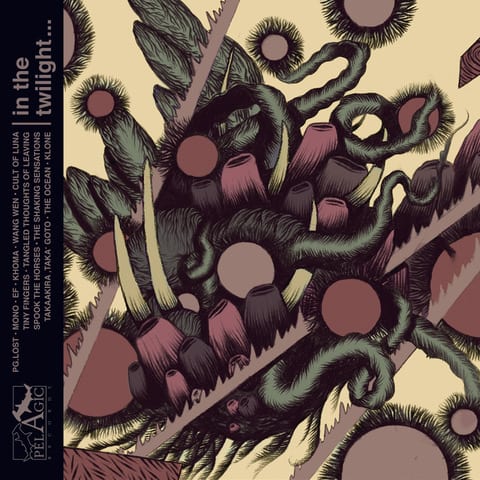